To Trick or Treat, or not? 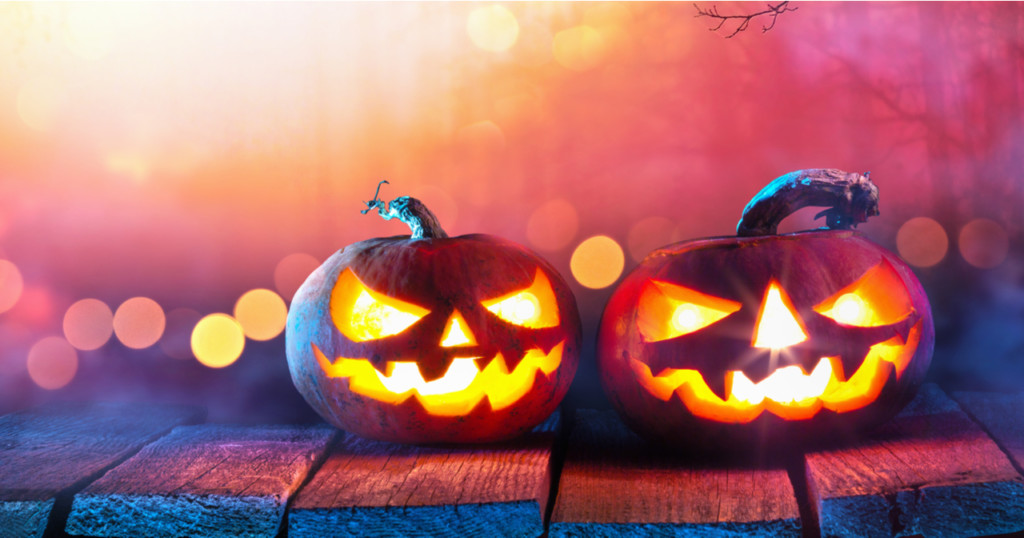 Islam is a complete way of life. Its wisdom is profound. What Islam prescribes and what it prohibits is always of tremendous benefit for humanity as a whole.

Every year, on the evening of October 31st, millions of children in the Western world paint their faces, dress up in costumes, and go door to door collecting treats. The adults often decorate their houses with ghostly figures, carve scary faces on pumpkins, and put candles in them to create “Jack-O-Lanterns.” Unfortunately, among the millions of people indulging in this custom, some are also Muslims.

Halloween originated as the Eve of Samhain, a celebration marking the beginning of winter and the first day of the New Year among ancient pagans of the British Isles. On this occasion, it was believed that supernatural forces gathered together, that the barriers between the supernatural and human worlds were broken. They believed that spirits from other worlds (such as the souls of the dead) were able to visit earth during this time and roam about. They also believed that on October 31st, the lord of the dead gathered all the souls of the people who had died that year. The souls upon death would dwell in the body of an animal, then on this day the lord would announce what form they were to take for the next year.

When Christianity came to the British Isles, the church tried to take attention away from these pagan rituals by placing a Christian holiday on the same day. The Christian festival, the Feast of All Saints, acknowledges the saints of the Christian faith in much the same way that Samhain had paid tribute to the pagan gods. The customs of Samhain survived anyway, and eventually became intertwined with the Christian holiday. Through social networking, mass media, television etc this custom has become popular internationally.

In Islam, any practice which has its origins in Paganism is totally prohibited. This applies to many practices such as Halloween, Valentine’s Day etc.

Virtually all Halloween traditions are based either in ancient pagan culture, or in Christianity. From an Islamic point of view, they all are forms of idolatry (shirk). As Muslims, our celebrations should be ones that honour and uphold our faith and beliefs. How can we worship only Allah, the Creator, if we participate in activities that are based in pagan rituals, divination, and the spirit world? Many people participate in these celebrations without even understanding the history and the pagan connections, just because their friends are doing it, their parents did it (“it’s a tradition!”), and because “it’s fun!”

So what can we do, when our children see others dressed up, eating candy, and going to parties? While it may be tempting to join in, we must be careful to preserve our own traditions and not allow our children to be corrupted by this seemingly “innocent” fun. When tempted, remember the pagan origins of these traditions, and ask Allah to give you strength. Save the celebration, the fun and games, for our ‘Eid festivals. Children can still have their fun, and most importantly, should learn that we only acknowledge holidays that have a religious significance to us as Muslims. Holidays are not just excuses to binge and be reckless. In Islam, our holidays retain their religious importance, while allowing proper time for rejoicing, fun and games.

GUIDANCE FROM THE QURAN AND HADITH

Allah Ta’ala, The Most Wise says in the Qur’an:

“When it is said unto them, ‘Come to what Allah has revealed, come to the Messenger,’ they say, ‘Enough for us are the ways we found our fathers following.’ What! Even though their fathers were void of knowledge and guidance?” [1]

“Has not the time arrived for the believers,  that their hearts in all humility should engage in the remembrance of Allah and of the Truth which has been revealed to them? That they should not become like those to whom was given the Book aforetime, but long ages passed over them and their hearts grew hard? For many among them are rebellious transgressors.” [2]

“We have sent them the Truth, but they indeed practice falsehood” [3]

The Noble and Last Messenger of Allah (peace be upon him) is reported to have said:

“Whoever imitates a nation is one of them!” [4]

“The Final Hour will not come until my followers copy the deeds of the previous nations and follow them very closely, span by span, and cubit by cubit (inch by inch)” [5]

“You must keep to my Sunnah and the sunnah of the rightly-guided Caliphs; cling to it firmly. Beware of newly invented matters, for every new matter is an innovation, and every innovation is misleading.” [6]

WHAT SHOULD WE DO?

As Muslims we should not participate or condone such evil customs as Halloween. It is the duty of every Muslim parent to educate their children to refrain from practising falsehood and not to imitate the non-Muslims in their customs and festivals. If the children are taught to be proud of their Islamic heritage, they themselves will, if Allah wills, abstain from Halloween and other non-Muslim celebrations, such as birthdays, anniversaries, Christmas, Valentines Day, etc.

As Muslims let us be convinced of our Deen that it is indeed the best and purest way of life… so do not say “hello”  but rather say “goodbye” to Halloween forever!

May Allah Ta’ala guide us onto the straight path. Ameen.