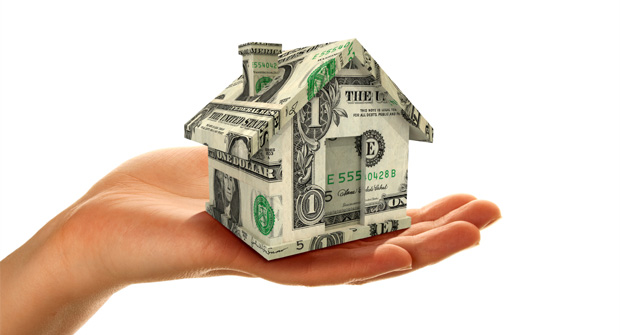 Sheikh Haitham Al Haddad is a director of the Muslim Research and Development Foundation (MRDF). The MRDF, which was awarded charity status in 2007, and is a co-operative research based venture, run by scholars, imams and other professionals, with the aim of articulating Islam in a modern context, as well as addressing the unique situation faced by Muslims in the West. He is also involved with the Islamic Shari’ah Council, a body which deals chiefly with the issue of Shari’ah-compliant marriage and divorce in the UK. The council also provides advice and guidance to British Muslims on financial, business and other matters. He is currently working on a PhD in Islamic jurisprudence at the School of Oriental and African Studies (SOAS), a major part of which is about mortgages. He also sits as an advisory scholar for Ansar Finance, an Islamic initiative in Manchester, which was founded in 1994. Here, he explains to NewHorizon his views on the problems with Islamic finance in the UK.

Al Haddad believes that, while Muslims living in non-Islamic countries deserve ‘special consideration’ within the Ummah (worldwide community of Muslims), ‘there are some aspects of their daily lives that cannot be changed because they live in the West’. Finance is not the only aspect which Al Haddad believes this applies to, another example being marriage. However, the ‘interest based system is one of the most dangerous systems in the world’, so ‘the gravity of the problem’ for Western Muslims is huge. Al Haddad quotes the late American president Thomas Jefferson, that ‘if the people wanted to be enslaved, they should allow the banks to create money’, and he goes on to say that the creation of money and the creation of interest-based systems are of course linked.

The bulk of Al Haddad’s work concerns Islamic mortgages in the UK. However he states that his criticism is ‘equally applicable to other product classes’ in the space. The reason that he focuses on mortgages in particular is that they represent most of the Islamic finance industry in the UK. Only recently has the first independent takaful (Islamic insurance) operator, Salaam Halal Insurance, been launched in the country (NewHorizon, October–December 2008). ‘More or less the main products here are the Islamic mortgages.’

‘We Muslims should hold firmly onto the value that the interest-based system is prohibited.’ However, Al Haddad is also a prominent critic of supposedly Shari’ah-compliant finance in the UK and elsewhere. His main criticism is the way in which riba is interpreted in a literal, semantic way by equating it to the word ‘interest’. What this allows is for a system to be devised in which the flow of money and the share of risk between agents is completely equivalent in a supposedly halal transaction to a conventional transaction based on interest. ‘My problem with Shari’ah-compliant finance is that the whole process is more or less the same’ as conventional banking, he explains. The effect of this is that the prohibition of riba makes no noticeable difference to finance.

‘The bank is paying X money to buy the property, and by contract is obliging you to pay the bank X amount plus Y. So in a nutshell, the bank pays money, and gets more money for it, which is the interest-based system’. This is achieved by combining contracts which, on their own, are halal, but looked at as a whole, clearly include the equivalent of interest. A bank might buy a property and sell it in instalments to a homebuyer at a profit, and this will only be possible if the homebuyer promises to buy the property from the bank, as soon as the bank has purchased it. From the banks perspective, in this murabaha model, the bank avoids a situation where it owns the property for any length of time. This can be added to the fact that the rate and amount of repayment from the homebuyer to the bank is likely to be strongly linked to interest rates.

For Al Haddad, the key for considering this as riba is the fact that the transaction will be carried out in this way is explicitly stipulated in a contract. This is because of his second major criticism of Islamic finance in the UK, that it allows banks to minimise their own exposure to risk. ‘If the agreement is done on a handshake, it means if the homebuyer ends up breaking the agreement, the bank has no obligation against him, and cannot sue him. This is the principle of loss-sharing. The bank should not secure itself against any risk of loss. It is as simple as that.’

Instead, Al Haddad promotes the model of Ansar Finance Group, where, as mentioned, he sits on the advisory board. Ansar’s stated mission is ‘to provide and promote awareness of halal financial borrowings and investments among the Muslim community of the UK’. A membership-based organisation (membership is open to anyone), it provides interest-free finance based on the qard hasan model. Qard hasan is usually associated with charitable giving, either for welfare purposes or for fulfilling short term funding requirements. The borrower is expected only to pay back the original sum. Al Haddad describes Ansar as a ‘community project’, and transactions are done on a handshake. A moral, rather than a binding, agreement, must be based on the goodwill and trust engendered amongst the members. ‘The bank buys the property, an agreement with the client is made, and if the client can’t continue paying, then the risk on the property is with the bank.’

However, the example of Ansar is of questionable value to Haddad’s argument. Having started in 1994, the model has yet to catch on, or to grow significantly (its website claims 800 members). Haddad does provide a reason for this which is that it is difficult to build sufficient funds for mortgage lending from scratch. Secondly, he says, ‘I am often disappointed by the lack of support for Ansar from the community and also businesses’. Yet he is sure that Ansar’s model is commercially viable, and believes that larger Islamic banks in Britain have not copied Ansar’s example, or developed a similar framework, because ‘they want to eliminate any possible risk’. The larger banks’ Shari’ah boards adopt a lenient approach, for example, by arguing that it is unfair for a bank to suffer a loss since it is responding to a client’s expressed need for a home.

Meanwhile, the mainstream of Islamic finance would most likely make the criticism that, while qard hasan is suitable for microfinance, it is not so suitable for attracting huge funds with high volumes of investments. To do so, there would need to be a profit motive. And neither the Holy Quran nor Prophet Muhammad prohibit entrepreneurship and possible subsequent wealth (provided that both are confined to permissible activities, sharing in the risk and reward without involving usury and interest). The Quran clearly states, ‘God hath permitted trade and prohibited riba’ (2:275).

Al Haddad’s criticisms of Islamic banks’ approach to risk are compounded by the difficulties he sees in regulating the industry in the non-Islamic West. He is particularly critical of the auditing processes. Scholars at most Islamic banks in Britain, who as Al Haddad has already made clear take a lenient approach, ‘are not auditing the implementation of whatever opinion they give’. ‘What they should say is “here is what we suggest is halal. Then let us see examples of your transactions. Are you implementing what we are saying?” but they don’t do so.’ Al Haddad states that there is currently no legal requirement for scholars to do so. However, ‘in order to ensure an organisation has received a certificate that its products are of a certain standard of quality, we need to audit it regularly’.

But who can perform such a task in the UK? The Financial Services Authority (FSA) would be ideally placed, thinks Al Haddad, except that it represents a secular government. ‘We can discuss whether the UK government should play a role, in ensuring that the audits are real, and making sure that the interpretation is accepted by the vast majority of Muslims.’ However, Al Haddad does not see this as realistic. ‘It doesn’t fit. For example, if I don’t believe in halal meat, how can I monitor it? Maybe technically it can be done but it would not bring confidence’ to Muslims.

The alternative, as Al Haddad has suggested to his peers, is to form an independent body of scholars in the UK to perform the functions that the FSA ideally would. There are some examples of this throughout the world. The AAOIFI (the Accounting and Auditing Organisation for Islamic Financial Institutions) is one. And there are only a few institutions which work on a similar model to Ansar Finance Group. In the meantime, Al Haddad believes, ‘we need Muslim governments to play a role. Then it would be easier for non-Muslim governments such as in the UK to get help from Muslim governments, and to establish their own Shari’ah board’.

As Al Haddad accepts, however, his views are in a minority. This means that any new organisation would most likely back up the stats quo view of the majority of scholars. So, he acknowledges, ‘the system would remain the same. At the end of the day, that is their view. We have a different view’. In the meantime, therefore, Al Haddad works to spread his message, though the internet, and through his involvement in Ansar Finance. ‘On a frequent basis I receive emails from people who have read my arguments and are convinced.’

The big question for Al Haddad, though, is whether there is a realistic, alternative way of persuading people to provide their money for the use of others, whether this is done conventionally, for interest, or through the West’s established Islamic banks, for profit. It is very difficult to believe that the Ansar model provides an alternative to mainstream Islamic finance for the mass market, since it does not involve profit. But a large part of Islam’s problem with interest is that it favours the person who has money to start with. Al Haddad’s problem with Shari’ah-compliant finance in the West is that it does also. ‘I should not have any privilege because I have loaned money to someone else,’ he says. But is there another way? ‘Yes, qard hasan is viable.’ But it depends on goodwill and trust. Is it going to happen? ‘Yes, because Ansar Finance started on a goodwill basis. It started with people lending and not expecting anything. With education, people can change.’

Source: www.islam21c.com; written by New Horizon as a feature and posted at http://www.newhorizon-islamicbanking.com/index.cfm?section=features&action=view&id=10741