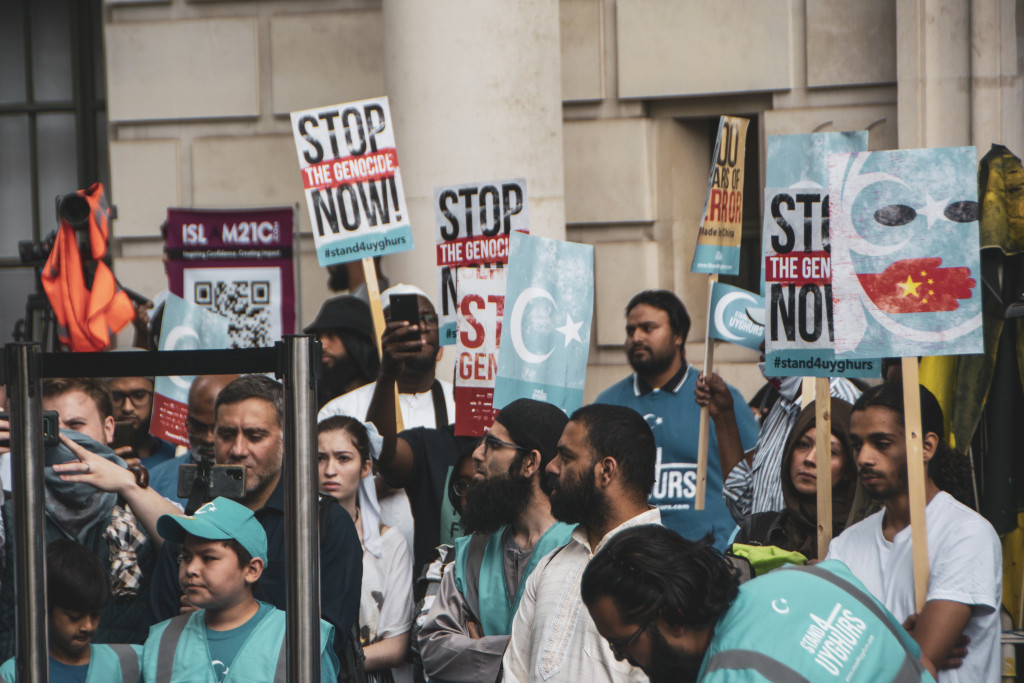 On Sunday the 31st July thousands across the globe in London, Manchester, Edinburgh, Toronto CA, Washington DC, Auckland NZ, Johannesburg SA, Istanbul, and Sydney, Melbourne and Brisbane AUS took to the streets to demand the CCP ‘Stop the Genocide Now’.

A staggering 100+ grassroots Muslim organisations joined the movement in solidarity with Uyghur and other Turkic ethnic Muslims in occupied East Turkestan who are facing an ethnic, cultural and religious genocide at the hands of the Chinese Communist Party.

Leading Muslim organisations, religious leaders and activists took to the stage to raise awareness, empower the community to get involved with the cause, and demand China end their oppressive policies.

Let’s take a closer look at the action and witness the seas of globally!

Approximately 400+ people were in attendance outside the Chinese embassy raising their voices and placards! The event ended with the congregational afternoon prayer.

Other activities included mural painting and silent protest in Sydney, a film screening about the Uyghur genocide in Melbourne and an in Brisbane the team held an online conference on the history and current circumstances in East Tukestan.

On behalf of the Stand4Uyghurs coalition, we would like to thank each and every person who came out on the day, who supported online and made dua for this campaign. We are only just beginning and we will be back stronger standing in solidarity with our Uyghur brothers and sisters.

May Allah accept it from us all.