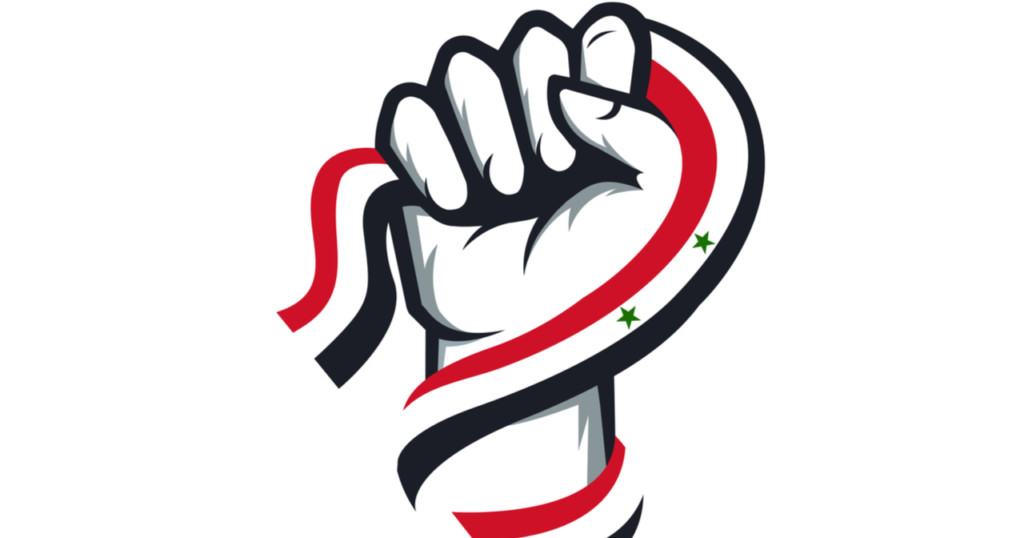 Idlib, Syria, is once again subject to a renewed assault. A relentless aerial bombing campaign is now being followed by a ground offensive to take the southern tip of the province of Idlib.

Bashar al-Assad’s forces, backed by Russian air power, had taken Qalaat al-Madiq, a rebel town closest to Russian Hmeimim Air Base, at Latakia last week. [1] The area had ostensibly been protected by a Turkish-Russian agreement, brokered last year to avert a major offensive and the inevitable civilian casualties which would follow. This appears to be another agreement that Assad has broken.

The ferocity of the current offensive has caused the further displacement of thousands of civilians, many of whom – if not all – had already fled from other parts of Syria to Southern Idlib. Tauqir Tox Sharif from Live Updates Syria reported that a makeshift refugee camp in Khan Shaykhun was bombed by Russian jets, leaving children’s body parts scattered across the ground. Sharif went on to report that at least three hospitals have been targeted by the Russian forces, with an underground hospital even being destroyed after four targeted airstrikes. [2]

Attacking medical centres is a war crime but once again, the international response has been silent. It is Assad’s military tactic to target hospitals, in what has been described as a ‘double-tap’ method. The first is to kill healthcare professionals and their patients; the second is to target the rescue team.  However, it is likely only a matter of time before Assad is allowed to re-join the international stage and Western leaders’ line-up in order to shake his blood-stained hands.  If this currently seems a far-fetched notion, then consider the example of India’s Narendra Modi: once banned from democratic nations for his anti-Muslim pogrom, he is now feted and given a rapturous welcome by those same countries.

This current military aggression has caused a civilian exodus to north-western Syria. According to the UN, 150,000 civilians have fled their homes to safer areas in Syria. [3] Many of these twice over internally displaced people are now sleeping under the stars and olive trees in northern Idlib, with nothing except what could be carried on their backs.

UN-backed humanitarian organisations have suspended aid operations in Idlib due to safety concerns, as Russia’s indiscriminate bombing has jeopardised the safety of humanitarian workers. On Friday, the UN said: “As of May 8, at least 16 humanitarian partners have suspended their operations in areas impacted by conflict.” [4] The World Food Programme also said it had stopped providing deliveries to 47,000 people due to the aerial bombardment. [4]

The objective of the current aggression remains unclear. Some have suggested that it is a precursor to a wider offensive into all of Idlib. If this is the case, Paul Pinheiro, the head of the UN Commission of Inquiry on Syria, warned that an all-out offensive on Idlib “could generate an unimaginable human rights and humanitarian catastrophe”. [3]

However, this being said, Assad’s forces are being met with fierce resistance. The most recent reports from the front lines revealed that all the rebel groups have united to counter the offensive. This appears to be a historical moment, given that it is the first time this has happened, at least in Idlib. [5]

Another view is that with Iran’s economy in free fall after punishing sanctions were placed upon it by the US government, Iran is finding it increasingly difficult to sustain the war in Syria and is looking for a swift resolution. Whatever the motivation, this tripartite nexus of barbarity is wreaking havoc across southern Idlib.

Ṭālūt marched forwards with only 340 men (a similar number to those at the Battle of Badr). Ostensibly, Ṭālūt’s order may seem strange. After all, his army had just marched through the desert and their thirst must have been at its height. Moreover, would it not have made more military sense to instruct the army to drink its fill, and even take water with them to the battle with Goliath? However, perhaps Ṭālūt did the opposite because he wanted to teach his army that victory did not come from themselves or through their own means, but only from the tawfīk and faḍl of Allāh (subḥānahu wa taʿālā). Perhaps, Ṭālūt wanted to teach them that with Divine assistance, a handful of water is more powerful than a seemingly overwhelming army, or aerial bombardment, or barrel bombs.

The small army of Ṭālūt approached Goliath’s horde of soldiers. The 340 soldiers saw Goliath’s colossal army, with their soldiers lined up rank upon rank. Outnumbered and outgunned, some soldiers said:

“This day we cannot cope with Goliath and his forces.” [6]

Yet, other Muslims reminded them:

“How often has a small company overcome a large one by the Permission of Allāh?” [6]

“Our Lord, pour upon us patience and plant firmly our feet and give us victory over the disbelievers.” [7]

The key characteristic of this latter group was that they were “certain they would meet Allāh”. [6] There are many forms of victory, with the conventional one being, of course, on the battlefield, but there are others, such as overcoming your inner base desires. As we see in the story of Ṭālūt, few are those who achieve this. But the greatest form of victory is to receive the Pleasure of Allāh (subḥānahu wa taʿālā) – to meet al-Raḥmān – having spent your life trying to raise His Sacred Name high, whether it was achieved by you or not.

The people of Syria have been and are likely to go through further unspeakable tests. We can only imagine the torture of the sounds of bombs raining down upon them whilst trying to console crying children. Many of these children have known nothing but war. We can only imagine the screams of women being sexually assaulted in the dungeons of Assad. However, we do not need to imagine the gruesome torture in Assad’s prisons, for torture survivors have given us a glimpse.

It was Assad’s father, Hafez al-Assad, who instituted the detention system that the London trained eye doctor gleefully continued. In 1982, then-President Hafez al-Assad crushed an uprising in Hama, razing much of the city to the ground and arresting anyone in sight. The following two decades saw thousands of detainees disappear into the detention system. Such detainees were subject to a torture repertoire, informed by French colonialists and Nazis such as Alois Brunner – Adolf Eichmann’s fugitive aide. [8]

Over the weekend, a New York Times report provided harrowing insight into the activities in these prisons. A torture survivor, who asked to remain anonymous, said he saw “a teenager take 21 days to die after interrogators doused him with fuel and set him alight”. Another survivor recalled that a guard, who would call himself “Hitler”, would entertain colleagues at dinner by forcing inmates to bark like dogs or bray like donkeys. [9]

Rape and sexual assault are rampant in Assad’s prisons, of women, girls, men, and boys; No one is spared. Mariam Khleif was one such woman. The mother of five recalled being held in a three-foot square basement cell with six other women, where guards would hang her from the walls to beat her. The cell floor was stained with blood from violent rapes as there was no toilet.

Our honourable sister, Mariam, recalled that at midnight, guards would take “the beautiful girls to Colonel Suleiman to rape”. [9]  Our sister, in stomach-churning detail, described how the colonel and his friends, casually dressed in tracksuits, sexually assaulted women on a bed adjacent to his office. The office was adorned with a picture of President Assad. To add further insult to injury, the women were sprayed with arak – a type of alcoholic drink. [9]

This is Assad’s secret – and almost invisible – war against the civilians. Whilst his forces have waged a visible, brutal war on defenceless men, women, and children, his henchmen have effected arrests on an industrial scale, throwing hundreds of thousands into secret dungeons. Assad’s brutal crackdown on legitimate grievances by his people and the murder and mutilation was the spark that lit the armed uprising.

Whilst much of the world is turning a blind eye to the atrocities in Syria, French and German authorities have arrested three former security officials and issued arrest warrants for Syria’s national security chief, Ali Mamlouk, and others for the torture and deaths in prisons of citizens or residents of those countries. [9]

It is hoped that the UK will follow this example and send out a clear message, saying that there can be no peace in Syria whilst Assad and his henchmen remain in power. Without this, it gives green light to dictators across the world, telling that the solution to civil unrest is to double down. Justice is not a luxury. Without it, and without being held accountable to international law, we will see dictatorships become even more repressive.

Imagine your mother asked you for money. You would empty out your bank accounts and sell all your worldly possessions until she was satisfied. Now, imagine your shame, if she did not ask you for a donation but instead, asked for a loan. Consider your embarrassment when you realise that she knew you were too miserly to merely give money, and would only do so if you were guaranteed a return. Allah is al-Ghānī, al-Razzāq, al-Jalīl, al-Majīd, and al-Qayyūm – in need of nothing – but yet He (subḥānahu wa taʿālā) asks:

“Who is he that will lend to Allāh a goodly loan so that He may multiply it to him many times? And it is Allāh that decreases or increases (your provisions), and unto Him you shall return.” [10]

It is obligatory on the Muslim nation to support the people of Syria financially with medical, food, and social aid. They can do so with trusted Muslim charities with a proven track record of helping Syrians in Syria. In this sacred month, where the reward for good deeds are multiplied, the Muslim community should let their Syrian family in faith know that they are not alone.

However, the wider Muslim nation can do more than donate. They should also raise the morale of the Syrian people:

“O you who believe! Endure and be more patient than your enemy.” [11]

The Muslim Ummah has the greatest weapon: duʿā’. These brazen assaults are taking place in the holiest month of the year. It seems there is no fear of reprisal for the Assad regime, but the Muslim nation has the best expectations of the King of kings and know that Assad will pay a dear price. We can only repeat the supplication of Prophet Mūsā (ʿalayhi al-Salām):

“And Moses said: “Our Lord! You have indeed bestowed on Firʿāun (Pharaoh) and his chiefs, splendour and wealth in the life of this world, our Lord! That they may lead men astray from Your Path. Our Lord! Destroy their wealth, and harden their hearts, so that they will not believe until they see the painful torment.”  [12]

Ultimately, the army of Ṭālūt overcame that of Goliath, when a small boy armed with nothing more than his slingshot bravely stepped forward. That boy would go on to become the Prophet Dāwūd (ʿalayhi al-Salām), who would give the Banī Israel their most glorious days. The people of Syria, too, need their own boy with a slingshot to step forward. We know that he will, in our generation or the next, due of the promise of Allāh (subḥānahu wa taʿālā):

“And indeed We have written in Zabūr (Psalms) after (We have already written in) al-Lauh al-Mahfūz (the preserved tablet), that My righteous slaves shall inherit the earth.” [13]