Decades On: the Shameful Legacy of the Nakba Continues 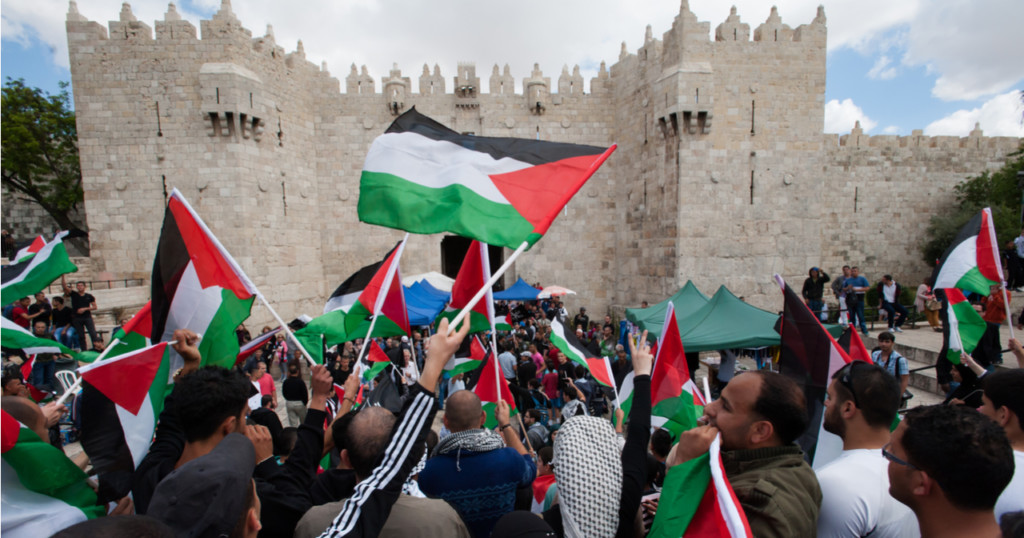 Today marks the Nakba and it follows last year’s roller-coaster of events that was not just unprecedented for the long victimised Palestinian people, who are no strangers to dramatic events, but to the world at large too. In the space of a week in 2018, Trump announced the US’ unilateral withdrawal from the Iranian nuclear deal and announced the reestablishment of economic sanctions. However, this year, in particular, marks a year since the US embassy was moved to Jerusalem amidst the “massacres” of protestors in Gaza, in which coincided with the 70th anniversary of Israel’s declaration of independence, in blatant violation of international law, signalling the destruction of the two-state option. The fact that the illegitimate move of the embassy fell on a day before the worst anniversary in the history of Palestinians, the anniversary not of the establishment of Israel but of the ethnic cleansing of the Palestinian people and the creation of the system of racial discrimination and apartheid, was more than a mere coincidence and represented a very serious provocation to the Palestinian side and an insult to the international efforts to resolve this protracted conflict.

The Nakba (meaning catastrophe) in 1948 and its legacy remains one of the most intractable and thorny issues in ongoing peace negotiations and continues to shame humanity and prick its conscience, seventy years on.  Nakba Day, inaugurated in 1998 by Yasser Arafat, is generally commemorated on 15 May, the day after the Israeli Independence Day (Yom Ha’atzmaut). Nakba refers to the mass expulsion of Palestinian Arabs – between 750,000 and 1 Million – from British Mandate Palestine during Israel’s creation in 1948. By the early 1990s, annual commemorations of the Nakba Day by Palestinian Arab citizens of Israel held a prominent place in the community’s public discourse. The event is often marked by speeches and rallies by Palestinians in Israel, the West Bank and Gaza, in Palestinian refugee camps in Arab states, and in other places around the world. An Israeli bill subsequently established the commemoration of the Nakba Day as a criminal offence, subject to 1-year imprisonment and/or a fine of ∼$2,500. Palestinians argue that the bill imposes restrictions on freedom of speech and expression, curtails equality, and applies conditions that suppress the national consciousness and historical narrative of their people.

The Nakba was not an unintended result of war. It was a deliberate and systematic act necessary for the creation of a Jewish majority state in historic Palestine, which was overwhelmingly Arab prior to 1948. Internally, Zionist Jewish leaders used the euphemism “transfer” when discussing plans for what today would be called ethnic cleansing. This act of ethnic cleansing however did not end in 1948; it continues even today in the form of Israel’s ongoing systemic theft of Palestinian lands to build illegal settlements in pursuance of its racist nationalist policies, denying the internationally-recognised legal right of return of more than 7 million Palestinian refugees who are defined as people displaced in 1948 and their descendants. Zeev Sternhell in an article in Haaretz says,

“Racist nationalism wasn’t invented by Hitler, but grew gradually out of the rightist revolution that began washing over Europe. This radical nationalist approach is Netanyahu’s ‘West,’ in which he finds the legitimacy for the colonialist policy of annexation and oppression, which he has been orchestrating since he rose to power.”[1]

The Nakba’s roots lay in the emergence of political Zionism in 19th century Europe, when some Jews who were influenced by the nationalism then sweeping the continent concluded that the remedy to centuries of anti-Semitic persecution in Europe and Russia was the creation of a nation-state for Jews in Palestine. As a result, they began emigrating as colonists to the Holy Land, displacing indigenous Palestinians in the process. Despite many Israeli historians whose research shows that the Nakba is not a figment of the Palestinian imagination, but a real tragedy, many Israelis and people induced by Zionist lobbies prefer to ignore it or not believe it. They prefer to cover their eyes and close their ears when it comes to the Palestinian story, the Palestinian pain and the Palestinian narrative. However, the Nakba has a dual meaning today. On one hand, it is about the hundreds of villages that were razed in 1948 and the hundreds of thousands of refugees who lost their homes. On the other hand, as stated earlier, Palestinians continue to suffer the Nakba daily – the separation of families, continuous confiscations of land and settlements choking every Palestinian village and town.

Thus, without understanding the impact of 1948, no serious analysis of present-day Palestinian life could be complete. Materially, the 1948 Nakba shattered Palestinian socio-economic structures: The Arab economy in Palestine was virtually destroyed, and hundreds of villages were emptied of their inhabitants as over one half of the country’s Arabs were uprooted as refugees. After Israel refused to allow the refugees to return, they were forced to reconstitute their lives in exile as best they could while a complete spatial transformation of Palestine’s geography took place that destroyed their villages and all but wiped out the Arab character of the land itself. Politically, the war not only left them without a state as envisioned by United Nations General Assembly Resolution 181 of November 1947, but also produced a revolution in terms of political leadership, the echoes of which continue to be felt today in Palestinian politics.[2]

It is thus that the Nakba shaped the way Palestinian socio-economic, political and cultural-intellectual life developed in the past seven decades. Many heated discourses within the Palestinian body politic – such as the refugees’ right of return, securing a geographically-contiguous state, and the ongoing rivalry between the Hamas-led government in Gaza and the Fateh-PLO-PA government in the West Bank – cannot be understood without making references to these historical developments. What happened in 1948 has everything to do with these attitudes and the disputes among Palestinians who stand divided among several different countries, subject to external control and provided with warped understandings of “normal” social development. The international community would do well to keep this in mind rather than merely castigate Palestinians for their quarrels and alleged “lack of realism”.

Nakba is still relevant given that, as the Institute for Middle East Understanding (IMEU) points out, it “is the source of the still-unresolved Palestinian refugee problem.” Israel still refuses to adhere to the internationally recognised right of return for Palestinian refugees. Despite its continued relevance, or perhaps because of it, Noam Sheizaf argues in 972 magazine that recently “a trend of Nakba-denial has emerged in Jewish-Israeli political circles”.[3] Yosef Weitz, director, Jewish National Fund Land Settlement Committee (1932-1948) said:

It is, however, a sad reality that amidst their dire plight, the Palestinians are once again being forced to face the unpleasant truth that their Arab and the Muslim brothers at large are more interested in their own survival than in the Palestinian issue, despite many laudable resolutions adopted in OIC summit meetings about Palestine and Jerusalem. The Muslim world should know by now on which side of the Israeli-Palestinian conflict the US “honest brokers” are on, with some Arab leaders being suspected of colluding with the Trump administration to “impose” a “deal” on the Palestinians. The Palestinians have good reason to believe that Arab countries, in particular, are about to leave them to their own devices. And, after half a century of failed and corrupt leadership, the Palestinian devices leave much to be desired.

These continuing apathetic attitudes will not only harm the dignity of the Muslim world, but will also further reinforce the reversal of reality alive in the public mind boosted by a biased Western media that it is the Palestinians, the “Arabs” and the “Muslims” who are racist, anti-Semitic terrorists intent on ridding their region of a “Jewish” state. It is in this context that it is imperative for the Muslim world, in particular, to keep Nakba as a focal point of reference. It is necessary we remember and discuss it as a formative part of the history of the Palestinian struggle while working towards re-gathering global efforts to bring peace and the reality of a homeland closer to a people that have lived in catastrophe for near on a century and long for peace, freedom and security.

This article was first published in May 2018.