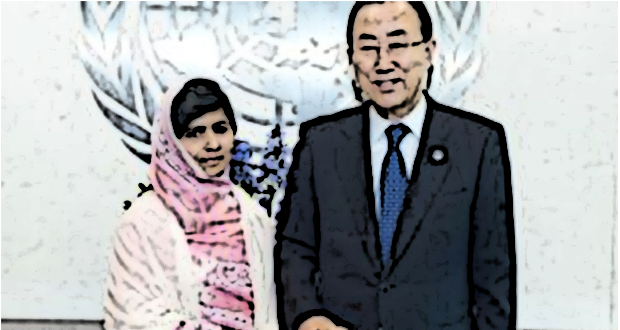 If only she was nominated for the Nobel Peace Prize

“Maezol Khan was a bright one” sighed the family of Chugtais

If only he could have his disfigured figure re-figured

Too late for young Luqman, those deadly strikes the joystick triggered

But young Ayesha lies deep beneath the rubble in Malakand

Though he was just a common shepherd, 15 year old Shabir

A terror threat was studious Shaukat: the burgeoning chemist?

But that wouldn’t be a pretty sight; poor dishevelled Shafiq

If only she could write for some fancy US Magazine

But CNN do not cry for the likes of Ziauddin

More than 2,400 people have died in Obama’s illegal drone war[1]. In Pakistan alone, the Bureau of Investigative Journalism estimates that between 416 and 951 civilians have been killed, including 168 to 200 children[2]. The names of the children used in this poem are real victims; here a complete list of all the innocent children who have lost their lives in Obama’s illegal drone war[3]. Yet it is apparent Taliban target Malala Yousafzai who continues to grab all the headlines.