Where does Debt come From? 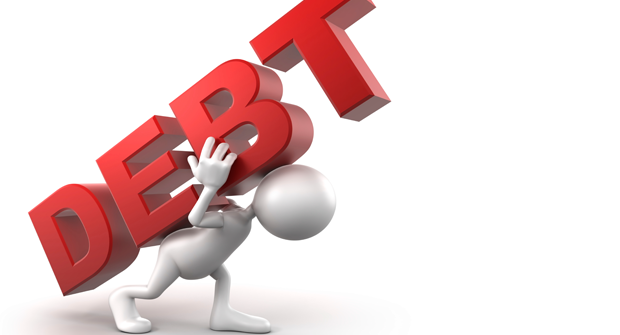 As the Government looks to cut funding to Higher Education Institutions, graduates are instead being asked to pay for the void Messieurs Cameron and Clegg have left them with. With the possibility of student debt rising to £40,000, students have been vociferous in their response against the hikes in tuition fees. The previous article called to students to make a rational response against the proposals and tackle the issue by confronting the core problem of debt. But before addressing this key matter, it is important to understand why we have debt in the first place.

There is a common saying that ‘money makes the world go around’, yet it is astounding how little the general public know about it. We generally see money as a means by which to purchase commodities, and something readily available to us from the ‘hole in the wall’. However what does our money really represent and where does it come from? Only once we are able to answer these questions can we move on to understand why debt is so ubiquitous in our current economic system.

Rather than going to the bank to obtain their gold deposits for purchasing goods, customers found it more convenient to purchase commodities by handing over the ‘bearer receipt’ to the vendor of the goods so that they could withdraw the deposits if they wished to do so. This system of purchasing became quite popular, and so, more people began depositing their state money with goldsmith, and then trade with the ‘bearer receipt’. As these receipts remained in circulation for a long time, they eventually became money. Thus, a situation emerged where two types of money began to exist; ‘state money’ being that of gold coins, and ‘bank money’ consisting of paper receipts issued by the goldsmiths.[2]

The goldsmiths realised that with so many people depositing their gold and trading in receipts, they had large amounts of gold sitting idle in their vaults. They decided that it would be in their favour to lend this gold to people of reputable stature at interest, so that they could obtain some return on their deposits. When lending gold to investors at interest, the goldsmith had to be cautious on the amount of gold he was lending. He would have to keep enough gold to meet the requests of depositors who wanted redemption of their receipts. Naturally, there would have been instances where customers would make huge withdrawals in one day, forcing the bank to close its doors to the public. This would then lead to a lack of confidence in the system, causing the infamous ‘bank run’. The key word here is confidence; so long as the public believed that they would get their money on demand, confidence in the system would remain high.

Most of the time, however, withdrawals would generally be relatively small, and so, banks could afford to lend most of the deposits in their possession. The amount of money the bank should keep against the value of receipts it issued is what is known today as the ‘fractional reserve’. Some argued that this ratio should always be 100%, in which the amount of gold in its possession would equal the value of receipts it issued. This meant that the bank would have always been in a position to meet requests for withdrawals. Others however were tempted by the lucrative nature of having a reserve as low as 20%, such that if a bank had £1000 worth of gold, it would keep £200 for honouring withdrawals, thereby allowing it to lend £800 at lucrative interest rates.

It later became apparent to bankers that they didn’t have to physically loan out the gold in their possession, as the receipts they issued equally had the power to purchase goods. Therefore, supposing a banker had £1000 of gold in his vault, if he operated on a reserve of 20%, he could print receipts to the value of £5000, giving £1000 worth of receipts to depositors, with the remaining £4000 being used for loans. This was a crucial development, as it gave the banker the power to ‘manufacture’ money out of nothing, and at little cost. It also illustrates how the bankers had a firm control on the supply of money in circulation.

In 1844, Robert Peel passed the Bank Charter Act which aimed to prevent banks from printing money in excess of their gold reserves. However, the banks tried to side-step this piece of legislation by creating the cheque and account system, which would allow them to retain the power of creating money. Let us assume there are two customers of a bank, A and B, each of whom has a zero account balance. A wishes to buy goods to the value of £100 from B, and so writes him a cheque for that value. The bank credits customer B with £100, whilst customer A is in overdraft to the value of £100. In this way, the bank again has created £100 out of nothing. From this we can see that one group of customers must always be in debt to an amount that equals the supply of bank money. Moreover, if A repays his debt by depositing a cheque of £100 drawn on customer B, then money is essentially destroyed.[3]

By understanding the evolution of modern banking, we can appreciate the situation today in which the Bank of England prints paper money and the commercial banks create money in the form of electronic credits. Modern day currency is not associated with a commodity such as gold, but in reality is just a piece of paper. Thus, we have gone from a situation in which state currency was in the form of gold and bank currency in the form of paper, to today where the central bank prints money is in the form paper and commercial banks create money in the form of electronic credits. The principle theories, upon which early banks operated however, remain the same. Banks still operate on the fractional reserve system, they lend money and profit from lending through interest, and they have the ability to create money out of nothing. Furthermore, the amount of bank money in circulation must balance with amount of customers in debt. As we have illustrated above that banks create money through debt, repayments of loans are not in the bank’s interest as this destroys money, and a decrease in money supply leads to recession. Hence, debt must always exist.

With such an economic model, the cycle of economic boom and bust cannot be prevented. It is a fact that we will have periods of a false sense of security leading to ‘economic growth’ when money supply is high only for such periods to be followed by periods of recession in which people struggle to repay debts ultimately due to a lack of money supply.

If the American people ever allow the banks to control the issuance of their currency, first by inflation then by deflation, the banks and corporations that will grow up around them will deprive the people of all property until their children will wake up homeless on the continent their fathers occupied. The issuing power of money should be taken from the banks and restored to Congress and the people to whom it belongs. I sincerely believe that banking institutions are more dangerous than standing armies.[4]

Relating this to the situation of British students, it should be apparent that merely calling for the abolishment of planned hikes in tuition fees does not answer their problem of debt. Even if they manage to have the motion repealed, they will still be in debt when they graduate, and will continue to be forced into further debts when they start their climb on the housing ladder. Having students start their adult lives with high levels of debt works in favour of the current economic model, and also helps to understand how debt has become the norm, and not the exception, in our society. Perhaps the problems of our current banking system are best summarised by Robert Hemphill:

We are completely dependant on the (centralized) commercial banks. Someone has to borrow every dollar in circulation, cash or credit. If the banks create ample synthetic money (through the fractional reserve system) we are prosperous; if not we starve. We are absolutely without a permanent money system…It is the most important subject intelligent persons can investigate and reflect upon. It is so important that our present civilization may collapse unless it becomes widely understood and the defects remedied very soon”[5]

When one takes time to reflect upon the nature of our current banking system, it should become quite clear that the issue of debt is something which affects us all. But with students being amongst the most vulnerable in this economic system, the nature of their response against the hikes is quite important. Protesting against the hikes, whether performed peacefully or violently, will not lead to an end in debt. The ultimate solution to putting an end to the huge sums of personal debt we all face is to question our current economic model which essentially functions on the creation of debt. Students should initiate a public debate by putting our current economic model on trial against an alternative paradigm which isn’t based on debt creation. By doing so, they will be taking the first steps to help ease the suffering of many throughout the world who have been crippled by debt.

[3] Tarek El Diwany. Why Are We All in Debt (youtube Video). http://www.youtube.com/watch?v=VKPzzXu-F4s&feature=related. Viewed 14th December 2010

Here’s how you can buy Asda in a halal way