“Vote Today; Be Kafir Tomorrow”: The Issue of Voting 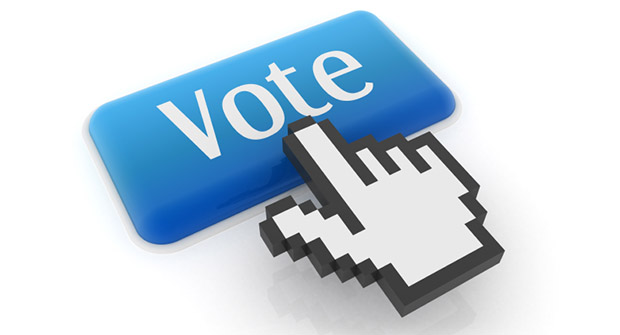 That season of jostling for space to express a view on voting has once again descended upon the population here in Britain and I (I should add quickly) am no exception to that. I too have a view and in the democratic spirit feel it my right to speak it. You on the other hand, dear reader, have the right to ‘turn the page’. I hope, however, that you will not; for I promise (on my part) to not bore you with a simple treatise on the virtues or pitfalls of voting. That, unfortunately, has become the ho-hum tune of much of the discourse on the issue. Instead, I shall like to forward a metaphor to short circuit the dichotomies so easily set up when it comes to the subject of voting.

The dichotomy that animated many Muslims many years ago and continues to do so for some even today, is one framed in the language of theology. I remember distinctly, for instance, walking out of Whitechapel station some years ago on a rainy afternoon and finding a leaflet thrust into my hand by an overzealous brother who, much like a member of a canvassing politician’s publicity team, was shouting slogans along Whitechapel road. In this case though, the slogans proclaimed the superiority of shari’ah and the ‘haraam’ involved in taking part in a ‘kufr system’. There was something in the demeanour of the brother that made me think it probably wasn’t a good idea to point out that there was a difference of opinion on the matter of voting. Any sense of scholastic subtleties though soon turned to horror when I read the leaflet in my hand: “Vote Today; Be Kafir Tomorrow”. As I caught the 25 bus to ride down to East London Mosque (it’s not a long walk, but I’m terribly lazy) I couldn’t help but hope that by ‘today’ they really did mean today, given that I had already voted the day before.
Such a dichotomy in which voting is simply either halal or haram has not completely disappeared unfortunately. It does still exist though I do wonder whether it has less power than before given that many mashayikh have helped clarify the theological stance on the matter. They have explained, for example, that voting in a system that is premised on the near absolute sovereignty of the people is permissible in matters of ‘maslaha’, whereby a lesser evil may be permitted in order to avoid some greater harm. There are some who still feel unconvinced by this reasoning and a recent example can be seen in video responses to a promotional video in which certain well known Muslim personalities encouraged other Muslims to vote. One video in particular caught my attention because it played parts of the ‘go out and vote’ video followed by counter-reasoning as to why the speaker/s is/are deluded or making nonsensical statements (in their opinion), ‘some foolish people are not content with their own misguidance they wish to mislead others also…’ I laughed out loud when, following a brother telling viewers that he will vote because he has always voted, the rebuttal on the screen came as the following: ‘It is not befitting a Muslim reveal his sins’!
The people who produced the second video and its like – the ones rebutting the effort to encourage people to vote – are not entirely without humour though this is the way they sometimes appear. Another video parodied the one endorsing voting in albeit amateurish style. Nevertheless, such people are hung up largely on a dichotomy which on the one hand is more easily challenged because the matter of voting is an issue of ikh’tilaf and therefore the real task is to contain passions and insist upon following the Islamic etiquettes regarding differences of opinion. But on the other hand, it is a dichotomy that is harder to tackle because it has a metaphysical dimension which amplifies the anxieties and disagreements that gather around the topic.
We have, nonetheless, a response ready for those who insist upon this first type of dichotomy. A second, however, has also emerged recently for which we have a less well articulated response, and this time the register of the dictum is socio-political. Fahad Ansari’s article entitled The Muslim Vote: Time for an informed debate is an example of the emergence of this more recent dichotomy. Fahad quite rightly puts forward the argument that one ought to be cautious of placing faith in voting and the political system it is a part of because voting for an MP does not secure you the position of influence that may at first seem obvious. Inside the Houses of Parliament an arrangement centred on party Whips maintains conformity and practices considerable control. MPs, Fahad tells us, are rarely free to vote on matters as they or their constituents feel. Instead, on crucial matters the party (through the Whips) persuades and cajoles members of the House to toe the party line.
Fahad too was inspired to write as a response to the video promoting voting and, together with others, felt it was unwise to present voting as a simple solution for the problems faced by Muslims especially in terms of their power to influence agents/agencies of power. What lets Fahad’s argument down are two things. Firstly, he takes exception to two categories of people, one of whom ‘sincerely believe that voting and electoral participation is the primary, if not only, way forward for Muslims in Britain to substantially change their condition’, while the other is made of those who ‘promote voting…to empower the Muslim community’. In neither case does he provide examples of who these categories of people actually are. And although his descriptions do tally with my own experience of some actual individuals pedalling the ‘go out and vote’ agenda, if his article really does aim to engage in a debate, perhaps one ought to stay on the issue of ideas and here is the second shortcoming to his argument.
Essentially, Fahad is gravitating around a polarity of voting in national elections as a solution or non-solution. Though he is careful to nuance his stance by adding provisos such as, ‘I am not against voting per se’ and ‘block (Muslim) voting can be both a source of empowerment and very effective’, his assumption remains that those who promote voting are naive in failing to understand the limited nature of voting in regards its ability to make adifference for Muslim communities. So as not to paraphrase him incorrectly, here is what Fahad writes:

Leaving aside the issues of whether or not such actions are permissible according to the shari’ah (something the writer is in no way qualified to comment upon), one cannot help but observe a certain level of naivety among some of those who believe that voting in parliamentary elections can make a difference to the situation of Muslims today.

Later on in his article he says, ‘I am not against voting per se but Muslims must not be so naive as to believe it is the answer to our problems.’ Neither those who took part in the video nor those whose brainchild it was would (I suspect) accept this charge and in this regard Fahad’s article is instantly pulled up short. To be fair though, Fahad’s advice about block voting, the benefits of voting in local elections and being fully aware of the nature of parliamentary elections is not that of a novice. Nonetheless, his arguments do not detract from those who are calling for Muslims to vote if they simply assert (in contradistinction to him) that they have never claimed voting as ‘the’ answer.
Fahad’s reservation, however, may be more subtle than even he managed to articulate and I will come back to this below. Before that though, I want to pick apart Fahad’s article a little more in the spirit of engaging the ‘debate’ his title alludes to. Let me start by insisting that even though he does a good job of hiding it, his article does rest on a dichotomy of voting as solution or non-solution. The reason for this is because, in the new socio-political dictum of which Fahad’s article is an example, the value of voting becomes tied very closely to ‘the’ Muslim community. ‘The message coming out from both camps’, Fahad writes, ‘[…] is that by voting, we can select someone who will represent our interests in parliament’ (my emphasis). But who constitutes this ‘our’? The answer seems obvious: the Muslims. But if that is the case, what are our interests? Towards the end of his article he says:

In conclusion, when it comes to parliamentary elections, and in certain constituencies, voting has its benefits whereby MPs known for their anti-Muslim views can be punished by a block Muslim vote. However, in all but a minority of cases, Muslims should not believe that the MP they actually vote for will represent them in lieu of their party when it comes to issues which really matter.

When we begin to use this metaphor as a way of thinking about our social reality and social activism, what is immediately clear is that every jigsaws needs to have a denotive referent against which its different pieces are laid out. What is missing from the Muslim social activist scene is this important denotive referent. Whereas for all movements throughout history there has been a central gravitational point – take civil rights in the Civil Rights movement, female suffrage for the Suffragettes, or the abolishment of slavery for the Abolitionists – Muslim social activists lack this cohesive centre. The jigsaw in this regard helps us resolve some of our challenges in the present, but also annunciates one of the major challenges facing Muslim social activists in order to move into any kind of future. Nevertheless, in our search for social change the jigsaw is an indispensable fulcrum to thinking.

Having read Fahad’s article one more time, I think he also overstates his case by choosing to highlight the shortcoming of voting via the route of the Whipping system. By aligning these two things together he makes an error of comparing two different modes of action. Voting is bound to a singular moment in time and space while the Whipping process is punctuated over a period of time. By imagining social change as made up of singularities, Fahad comes close to mischaracterising the broader point of which a call to voting may be embedded in. Voting is merely one possible action open to ‘the’ Muslim community; what is truly needed is a longer term commitment to action on the part of agencies within ‘the’ Muslim community who can monitor the political process and provide important information – like who to ‘punish’ by bloc voting, what issues may be particularly salient for Muslims living in this country – as well as sending letters of disapproval to MPs who vote on different issues in ways damaging to ‘Muslim interests’ (broadly imagined) advising them of strong future campaigns against them if they do not better reflect their constituents.
Of course a singular action of casting a vote cannot face alone the longer more punctuated pressures within Westminster. Our short coming – and this includes Fahad, those out there promoting voting and myself – is that we only seem interested in thinking about social change when the politicians come knocking at our door.