Are you ready for our first ever NATIONAL CAMPAIGN?
Home / Fataawa / Denying Inheritance to Unworthy Offspring 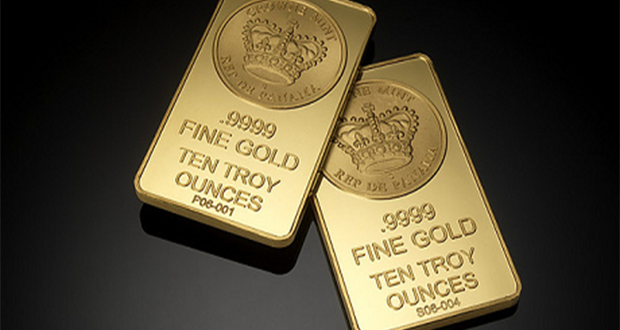 I am often deluged with various questions from people seeking legal pronouncements, and from amongst them, I was asked concerning the permissibility of denying one’s offspring inheritance due to their disobedience and disregard for their parents at times of dire need and attention. Would it then be permissible to redistribute their share to those offspring who actually took care of the parents?

Disobedience to one’s parents is a common problem found within our community although Islam is unique in that it strongly emphasises the rights of parents (over and above that of offspring), and grants them a noble position. Allah says in the Qur’an,

‘And your Lord has decreed that you worship none but Him. And that you be dutiful to your parents. If one of them or both of them attain old age in your life, say not to them a word of disrespect, nor shout at them but address them in terms of honour.’[1]

It is a major sin for a person to either harm or cause grief to one or both parents, however, excluding one’s inheritor from his/her share in any assets left by the deceased is a grave sin, indeed, it is considered one of the kabā’ir (major sins). Furthermore, to refuse an inheritor his/her God given right is seen as a dismissal of the ruling of Allah and His divine will. We find such a notion expressly stated in the Qur’an where Allah the Most High, after discussing the shares allotted to inheritors, says,

“And whosoever disobeys Allah and His Messenger and transgresses His limits, He will cast him into the Fire, to abide therein; and he shall have a disgraceful torment.”[2]

‘Allah has given each person who has rights his rights, and there is no bequest for an heir.’[3]

All jurists have unanimously agreed that it is absolutely prohibited to deny an heir from his/her share. Once a person dies, he/she has no right over worldly wealth and assets; in fact, none have a right over the wealth of the deceased except Allah who distributes it in accordance with His will as stated in the Qur’an. The renowned exegete Ibn Kathῑr stated, ‘This is because he changed what Allah has ordained and disputed with His judgment. Indeed, this is the behaviour of those who disagree with what Allah has decided and divided, and this is why Allah punishes them with humiliation in the eternal and painful torment.’ Abu Hurairah relates that the Messenger of Allah (peace be upon him) said,

Abū Hurairah then said, “Read (if you will): ‘And whosoever disobeys Allah and His Messenger (Muhammad SAW), and transgresses His limits, He will cast him into the Fire, to abide therein; and he shall have a disgraceful torment.’”

The very famous traditionalist (muhaddith) Abū Dawūd al-Sajistani narrates in his compilation that Abū Hurairah relates, in the chapter on ‘Injustice in the will’, that the Messenger of Allah said,

‘A man or a woman might perform actions in obedience to Allah for sixty years. Yet, when they are near death, they leave an unfair will and thus acquire the Fire.’

Abū Hurairah then recited the verse,

‘…after payment of legacies he (or she) may have bequeathed or debts, so that no loss is caused.’[5]

In the proceeding moments after the death of an individual, his/her assets are already assigned to their legal heirs according to the Will of Allah. Therefore, writing a will whereby a legal heir is unable to acquire that which Allah has bestowed upon him/her is equal to theft, the shar’ii (legal) term being ghasb. In western non-Muslim countries the writing of the will is merely a measure taken in order to ensure that the distribution of assets is in accordance with Islamic law; apart from this minor point, such a will has neither value nor meaning in the shari’ah.
Some people claim that several family members are undeserving of inheritance and so they formally deny them of their share. However, it is not for any human being to decide as to who is most deserving of a share of the assets, for indeed, Allah is the best of judges.
In terms of disobedience to one’s parents, the punishment for such disobedience lies with Allah and none but He can decide the appropriate chastisement, but this does not include the denial of inheritance. Abū Umāmah narrated that the Prophet (peace be upon him) said,

‘Allah has appointed for everyone who has a right what is due to him and no bequest must be made to an heir.’[6]

Being entitled to inheritance does not come about through servitude to the departed; rather, it is a right that is secured through the existence of a specific relationship with the deceased. A wisdom to affording a legal heir deemed contemptible may be that it might cause a sense of regret in the offender and alter his conduct and outlook. The inheritor might start to supplicate or give charity on behalf of the deceased who will inevitably be in dire need of even a single hasanah (good deed).
Depriving a legal heir from his/her share is to increase the share of others with the share of the one who was deprived. This is undoubtedly consuming the wealth of others without justified cause. Allah staunchly forbids this, saying,

‘And eat up not one another’s property unjustly (in any illegal way e.g. stealing, robbing, deceiving, etc), nor give bribery to the rulers (judges before presenting your cases) that you may knowingly eat up a part of the property of others sinfully.’[7]

The one who receives the wealth of another should refuse it, and if he has already received it he should endeavour to return it to its rightful owner. It is totally prohibited for a person to make use of wealth that does not belong to him/her.
In conclusion, there is much divine wisdom underlying the prohibition of denying someone his/her legal share, but the foremost point is that it is impermissible to alter what Allah has ordained. Allah the Almighty says,