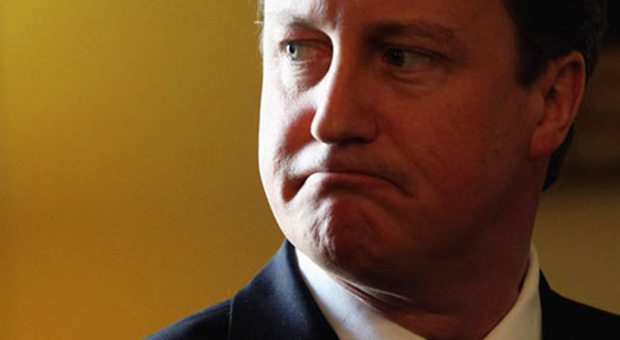 To
The Rt. Hon. David Cameron
Prime Minister,
10 Downing Street,
London,
SW1A 2AA
Dear Mr Cameron
In the Name of Allah, the Most Beneficent, the Most Merciful

“For me, I have set my face, firmly and truly, towards Him who created the heavens and the earth, and never shall I give partners to Allah.”
(The saying of Abraham, Quran 6:79)
We as Muslims are deeply dismayed by your statements made in the Munich Security Conference on the 5th February 2011. Your speech was misleading, ill-timed and counter-productive. You have insulted the Muslims you are meant to serve and have demonstrated a failure to understand the Muslims and their faith.
A Muslim, literally, means one who has submitted his will to God. We bow our head in prayer to Allah, five times a day, in submission to Him and Him alone. We only have one Master, and we are Muslims first. Our beliefs in our values, and in what we hold to be right and wrong is dictated not from an elected parliament, but from Allah (God) as revealed in the Quran and the teaching of last Messenger, Muhammed (Peace be upon him), and consensus of the Muslims. Furthermore, we believe that this life is a test, that after our death we are accountable before Allah on a Day of Judgement and we will all be given recompense according to our deeds. This, above all, is what motivates us:

“Every human being is bound to taste death: but only on the Day of Resurrection will you be requited in full [for whatever you have done] – whereupon he that shall be drawn away from the fire and brought into paradise will indeed have gained a triumph: for the life of this world is nothing but an enjoyment of self-delusion.” (Quran 3:185)

We readily accept and work to strengthen the meritorious institutions of British society, especially those that exist because of the common origin of the Muslim and Judaeo-Christian tradition that British values were derived from: of honesty and moral integrity; of altruism and neighbourliness; of social, political, and economic justice. We encourage Muslims to do whatever they can, even while being a minority, to assist in increasing the general good and minimising harm in society, even if it be by an act as small as removing something harmful from a walker’s path. We seek to work towards a peaceful society in Britain.
We encourage Muslims to work for the benefit of the people of Britain, for no one’s sake but Allah’s. We will go further to say that we endeavour to work with greater sincerity for the betterment of Britain and its people than any Prime Minister or an elected parliament does, for we seek no worldly gain. We would be insincere citizens if we failed to share with Britons what we believe will bring them peace and tranquillity in this life and in the hereafter. Our role models are the Prophets of God, among them Noah, Abraham, Moses, Jesus, and Muhammed (peace be upon them all). As one Prophet said:

“I wish not, in opposition to you, to do that which I forbid you to do. I only desire your betterment to the best of my power; and my success can only come from Allah. In Him I trust, and unto Him I look.” (Quran 11:88)

But Muslims will not be bullied by ‘muscular liberalism’ into compromising on their teachings and the principles of their  faith as Christendom and others may have done, nor will we be forced to embrace values that oppose the faith of millions of Muslims in Britain, Europe and the world over. Interpretations of British values change as governments do, and what may be in keeping with liberal values may be completely unacceptable to our belief, whether it be mocking God and His Prophets, the alcohol culture with all its ills, and any cohabiting out of wedlock between man and woman, this being the only relationship Islam recognises. Are we still to be forced to embrace such liberal values and promote them? What values allow the fighting of illegal wars that kills thousands to spread democracy by the gun, or of staunchly supporting nations that deprive a people of a land their rights and oppresses them? Are these British values?
What we believe to be wrong and unjust, we will exercise our right to speak out against. You cannot speak of a belief in the freedom of speech and religion while in the same breath deny the Muslims the right to proclaim and preach their belief. You thus make ‘freedom of speech’ an empty slogan. You either accept that people – British Muslims included – have a right to believe in the values that their religion teaches, or that the state regulates our beliefs and our values as in a ‘thought police’ that incriminates and sanctions citizens for what they may believe even if they break no law. This, in essence, is what you propose. If so, then how different is that from communist dictatorships that repress those voices that oppose the state’s ‘values’? You are travelling down a road that will end with sanctions being placed on Muslims for simply believing in Islam and the Quran.
The Islamic faith does not teach extremism. But the Prime Minister, MPs and non-representative think-tanks with their own prejudices will not dictate to Muslims what constitutes a correct Islamic understanding and what does not. You would be ill-advised to be directed by any biased coterie of individuals with neo-conservative leanings or those who seek to undermine Muslims to forward the cause of other interest groups. The government has already, on the basis of such misinformation, branded mainstream Muslim individuals, events and organisations as extremist, reinforcing the perception that your government is unable to make an impartial judgement about its Muslim citizens. This reality makes your speech a cause for even greater concern among British Muslims.
In your speech you stated regarding terrorism that the “threat comes in Europe overwhelmingly from young men who follow a completely perverse, warped interpretation of Islam”.  This is not true. The 2008 TE-SAT report of European terrorism confirmed that in 2007, only 4 out of 583 (0.7%) attacks were ‘Islamist’ in nature. In 2006 it was 1 in 498. The main threat comes from separatists and left-wing groups. Why do you seek to exaggerate the threat from Islamists when the facts state otherwise? It is irresponsible for you to further sour the relationship between a minority and the community at large, where there is already evidence of much anti-Muslim feeling. Statistics demonstrate that by sheer numbers alone there are more non-Muslims who feel hostility to Muslims (more than 20% in UK) than vice versa. While singling out Muslims in the attack on multiculturalism, you made no mention of some Christians, Jews, Hindus and Sikhs who have been united by a common cause of hatred against Muslims under the banner of the EDL who were marching on the same day that you spoke.  Rather than countering this unhealthy Islamophobia that is sweeping across Europe, you contributed to it. That you were on German soil should have reminded you of the consequences of contributing to hatred against minorities.
The most insulting and disdainful of your remarks directed to the Muslims was the threat of withholding funding from those whom you may wrongfully think are extreme. Do you think that the strength of our conviction in our values is measured against paltry handouts or opportunities for photo shoots with MPs? Muslims do not need such money nor do they have any need to share platforms with such ministers, and certainly not if these are meant to bribe them away from their principles. Reliance and trust upon Allah are the bedrock of our faith.  What is the entitlement of any citizen – regardless of religion –should be granted to them. If the government decides to wrongfully withhold this from a Muslim individual or group because of ill-informed reservations about their beliefs, then it is the government that should be held accountable.
It is time for Britain comes to terms with the reality of Muslims as part of Britain with the differences that we have between us. If this is what you want to confront, and this is how you want to browbeat Muslims with ‘muscular liberalism’ then do, for we will, with God’s help, be even harder-nosed in standing up for our faith, for we are responsible for this before God. We will always turn to Him and His guidance and we will, Insha’Allah (God willing) have the mettle to remain patiently steadfast on our faith and speak what we believe to be right:

“Say: “O my people! Do whatever ye can: I will do (my part): soon will ye know who it is whose end will be (best) in the Hereafter: certain it is that the oppressors will not prosper.’” (Quran 6:135)

Your speech has lead to much upset in the Muslim community. While you may win over many right-wing and, possibly, racist voters, you will lose Muslim voters who will not forget your remarks in four years time. But it is not votes but a sense of justice and perspective that should guide you. We hope you reconsider your statements and reassess the direction this government is taking with regards the rights of Muslim citizens of Britain, and not join Europe’s growing far-right.
Yours sincerely
Dr Haitham Al-Haddad
Notes:
Sources: www.islam21c.com