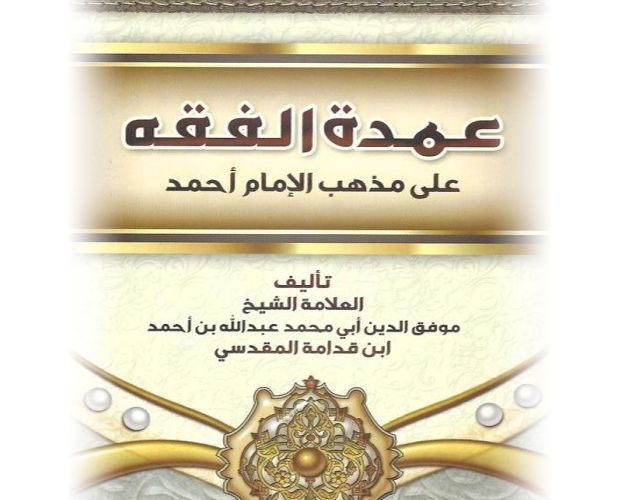 Fiqh is a subject that to some extent is being neglected these days with more concerted efforts taking place in the realm of aqidah (creed), and although it is undoubtedly pertinent that one learn what is permissible and not in relation to their beliefs, it is similarly important that the Muslims know what is permissible or otherwise in terms of their actions.

The term fiqh is commonly translated as jurisprudence, yet the meaning of jurisprudence has been somewhat allusive to most people. Linguistically, the word fiqh means ‘understanding’ whereas the technical meaning applied to fiqh is that it is knowledge of the practical legal rulings derived from the detailed evidences. Of course, to many people such a classification will seem like technical legal jargon but it simply means that fiqh is knowledge of what is halal and haram in accordance with the Islamic sources of authority.

The Hanbali school of legal thought was the last of the four major schools of thought to formulate its principles, and built upon the scholarship of Imam Ahmad ibn Hanbal it has survived and been practised for over a millennium. There were many periods in history when the Hanbalis numbered a handful, although today the school of thought seems to be making a resurgence. From amongst the long line of Hanbali scholars Muwaffaq-al-Din Abdullah ibn Ahmad ibn Muhammad ibn Qudama Al Maqdisi is amongst the most famous with his scholastic contributions making an impact on schools other than his own, not only in fiqh but also in aqidah. Having grown up in a religious family devoted to learning, he along with relatives would travel to Baghdad to seek knowledge already having benefitted from the scholars of Damascus (his own city) having moved there from Palestine. A contemporary of Salahuddin, he, along with his relatives took part in the great battle against the Crusaders which saw the end of their barbaric control of Jerusalem.

The Hanbali scholar Abdul Qadir ibn Badran discussed the juristic contributions of Ibn Qudama stating that he wrote four major books in Fiqh which served as a curriculum, the first one (Al Umdah) suitable for the absolute beginner and the last one (Al Mughni) qualifying the student as a jurist.[1] It is Umdah Al Fiqh that is the focus of this review, since the book serves as essential for those who wish to ground themselves in fiqh and grasp the basics.

Many Hanbali scholars past and present have attached great importance to Ibn Qudama’s Al Umdah due to its scholastic value, clear layout, simple language, and providence of basic evidences from the Qur’an and Sunnah. He says in his introduction, “I have abridged this book of fiqh as much as I can and shortened it merely to one opinion of the school so that it will serve as a primer for the reader. Thus, he will not be confused as to what is correct because of differing reports and narrations. Some of my (Muslim) brothers asked me to summarise it so as to make it simple for the teachers and to facilitate its memorisation for students…”

The ease by which the student can encompass all of the major topics of fiqh is facilitated by Ibn Qudama’s method of writing the manual. The chapters begin with a hadith (prophetic tradition) related from the authentic compilations and Ibn Qudama’s discussion is drawn out of that hadith – a method which instils within the reader the importance of hadith as well as encouraging him/her to study the prophetic traditions. It was for reasons such as these that many of the great luminaries from amongst the Hanbalis paid attention to this brief primer. Ibn Taymiyyah undertook its explanation which provides an extremely beneficial analysis of the primer although he did not complete it only reaching the chapter of pilgrimage. However, that which he did complete is extremely beneficial for the student, its depth is realised by the fact that reaching the chapter of pilgrimage took him four volumes! It has been printed by Dar Ibn Taymiyyah (Cairo) and Al Maktabah Al Dhahiriyyah (Damascus).

The most well known explanation of the primer is Al Uddah Sharh al Umdah by the faqih (jurist) and muhaddith (traditionalist) Baha’uddeen Abdul Rahman ibn Ibrahim Al Maqdisi. His explanation is a detailed exposition of the Hanbali school of thought crammed with evidences from the Qur’an and Sunnah. Although Al Umdah provides only one position in regards to a legal issue, Al Uddah at many junctures quotes up to three opinions found within the school (as well as the scholars these opinions are ascribed to) whilst occasionally mentioning the opinions of the other Imams, although, this is not an oft occurrence. Some scholars state that Al Uddah is, arguably, an abridged form of Ibn Qudamah’s Al Kafi (the third book in his curriculum) but written as an explanation to Al Umdah.

Al Uddah has become somewhat of a norm to be studied alongside Al Umdah, although, it can be confusing for those who are absolute beginners in fiqh, and more specifically, the Hanbali School of thought. Al Uddah has been published by Maktabah Al Qahirah (Cairo) although it contains many errors as well as the verification of hadith being unreliable. A better verification has been provided by the scholar Dr. Abdullah Al Turki and printed by Mu’assasah Al Risalah (in two volumes).

Al Umdah also has a few contemporary explanations such as that written by Abdullah ibn Abdul Aziz Al Jibreen, and due to its simplicity, it seems to be more of an appropriate starting point for the beginner than Al Uddah. Such is also the case with Hashiyah ala Umdah Al Fiqh by shaikh Abdullah Aali Bassam which provides explanatory notes that accompany Al Umdah.

Al Umdah, being a brief primer in Hanbali fiqh is extremely beneficial for those beginning a new course of study as well as those wanting to go over the basics. The manual consists of short chapters which are very much understandable, and the brevity of the primer leaves the reader thirsty for more. The issues covered within the respective chapters are core points to note, but the intriguing way in which they are presented leaves the reader with deeper questions as if the discussion at hand was intended not only to inform the reader of the legal issue, but to invoke questions deeper into the topic.

An excerpt from the book,

“It is not permissible to use vessels of gold and silver, whether in a state of purity or any other condition, because Hudhaifah reported that the Prophet (peace be upon him) said, “Do not drink from vessels of gold and silver, and do not eat from dishes made of those metals, for they belong to them [the unbelievers] in this world, and to you in the Hereafter.” (Agreed Upon)”

The book is a must read, even for those who adhere to other schools, and although the book is currently printed in Arabic, several translations are underway. For an audio explanation of the primer, please click here.

May Allah reward Ibn Qudama immensely and have mercy upon, expand his grave filling it with light, and grant him Jannah al Firdous.