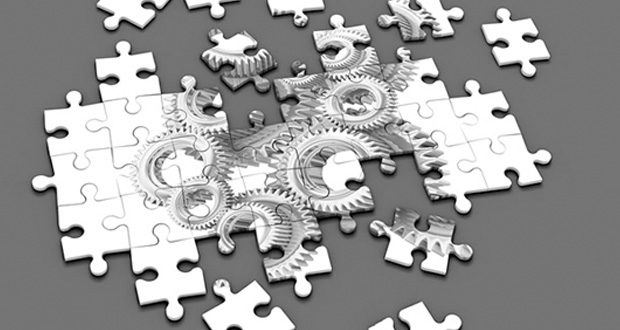 Islam: Between the Macro & Micro

All praise is due to Allāh and may the blessings and peace of Allāh be upon the Prophet (sall Allāhu ʿalayhi wa sallam).

Islām is the final divine message to humanity possessing a number of characteristics that none of the previous messages had. This, in itself, qualifies Islām as being the only universal and eternal way of life providing every living being, including the animals, with justice and inner peace.

And We have not sent you, [O Muhammad], except as a mercy to the worlds.[1]

Indeed, this Qur’an guides to that which is most suitable and gives good tidings to the believers who do righteous deeds that they will have a great reward.[2]

Islām is unique, magnificent in its essence and application, such that it can be viewed, assessed and implemented from multiple angles and scales. It is at once a sophisticated system and an incredibly simple one. Its details are multifarious and multifaceted requiring time and dedication without limits to learn in their entirety. And yet, it can also be explained in a single minute. It is this nature that allows Islām to be viewed on a macro level, whereby the main principles, features, aims and qualities of Islām can be learned and understood first. Conversely, the focus of the micro approach to Islām is in the detailed rulings of the various Islamic practices including prayer, zakāt, fasting and the rulings on everyday human practices such as food consumption and what is ḥalāl and harām of it, clothing and the different types of it, social relationships and their different details, and so on.

In Sūrah al-Fātiha, which is the opening chapter of the Qur’ān and serves as the summary of the entire Qur’ān, we find a macro-level description of what Islām is.

The largest chapter of the Qur’ān, Sūrah al-Baqarah, confirms this same approach, as well.  This chapter includes the largest volume of Islāmic information covering: creed; Islāmic history and the story of creation; stories of the Prophet Mūsā (ʿalayhi al-Salām) and Banī Isrāīl; stories of Ibrāhīm (ʿalayhi al-Salām); the direction of prayer; punishments; fasting; Ḥajj; the rulings on divorce; jihād, politics and finance. It is true that we find some details of these main aspects of faith within the Sūrah, however the predominant style of the chapter is in establishing the outline and framework of these areas. The same can be said of the overwhelming majority of the Qur’ān.

“You will go to people of the Scripture (i.e. the Jews and the Christians). First of all invite them to testify that lā ilāha illa Allāh (there is no true god except Allāh) and that Muḥammad (sall Allāhu ʿalayhi wa sallam) is His slave and Messenger. If they accept this, then tell them that Allāh has enjoined upon them five Salawāt (prayers) during the day and night. And if they accept it, then tell them that Allāh has made the payment of Zakāt obligatory upon them. It should be collected from their rich and distributed among their poor. And if they agree to it, do not take (as a share of Zakāt) the best of their properties. Beware of the supplications of the oppressed, for there is no barrier between it and Allāh.”[4]

This is further elucidated in the main books of prophetic literature in which we find the same approach being followed.

Take as an example Riyādh al-Sāliḥīn by Imām al-Nawawi (raḥimahu Allāhu) which includes the main authentic statements of the Prophet (sall Allāhu ʿalayhi wa sallam) regarding almost every activity human beings engage in. The majority of its 1,896 aḥādīth establish macro level principals such as: actions are judged by their intention; each action that is not in accordance to our Dīn is rejected; Islām is built upon five pillars; Īmān is to believe in the six articles of faith; Iḥsān is to worship Allāh as you see him; every intoxicant is Khamr, and every intoxicant is prohibited; and every act of goodness is (considered as) Sadaqah.

The early scholars of Islām would likewise write short books, known as mutūn, for students to start with in their journey to studying Islām. Imām Abū Ja’far al-Taḥāwī (raḥimahu Allāhu) wrote one of the early discourses concerning the Islamic ʿAqīdah. We again find similar to the following statements in that short book:

“We say about Allāh’s unity, believing by Allāh’s help, that:

1. Allāh is One, without any partners. 2. There is nothing like Him. 3. There is nothing that can overwhelm Him. […] 18. He created creation with His knowledge. 19. He appointed destinies for those He created. […] 29. And we are certain that Muḥammad (sall Allāhu ʿalayhi wa sallam) is His chosen Servant and elect Prophet and His Messenger with whom He is well pleased. 30. And that he is the Seal of the Prophets and the Imām of the God-fearing and the most honoured of all the messengers and the Beloved of the Lord of all the worlds. 31. Every claim to Prophet-hood after Him is falsehood and deceit…”

The same can be said about Islamic jurisprudence and other sciences of Islām. Later scholars began to explain these short books and thus explored and illustrated different levels of detail. Some scholars even went so far as to measure the distance determining a person as a “musāfir” (traveller) by the number of grains of sand placed side by side! Others specified the number of strands of hair that need be removed to violate the state of Iḥrām, for example. More examples can be given of such details some scholars focused their energies on. There was a need for some to engage in this kind of approach, without doubt. However it is sad that the books focusing on details became the first books students would reach for in their study of Islām. This has resulted in some students of knowledge becoming so obsessed with these details that they have forgotten the fundamental, macro-level principles upon which these details sit.

Prioritising the micro approach leads to many other disadvantages. It presents the Sharīʿā and Islām as a collection of rituals that do not constitute a system capable of running large societies or building great civilisations. Judaism is often presented as an example of such a religion—many orthodox Jews are known to be preoccupied with detailed rituals in their faith. In fact, the story mentioned in the Qur’ān of Allāh’s command to Banī Isrā’īl to slaughter a cow is testimony to that.

Some people may fail to distinguish between the macro and micro in ʿAqīdah, for example. This can cause them to see the relatively minor differences amongst Muslims in ʿAqīdah—such as how to understand the details of some divine names and attributes whilst confirming that to Allāh belong the beautiful names and perfect attributes—as grounds for takfīr or at least hatred amongst fellow Muslims. We need to remember that the main concepts of ʿAqīdah include the likes of what Imām al-Taḥāwī mentioned earlier; believing in the oneness of Allāh, submission to Him, that the Prophet Muhammad (sall Allāhu ʿalayhi wa sallam) is His final messenger, believing in the Day of Resurrection, and other core articles of faith.

Prioritising the macro approach in any given circumstance is a trait of leaders and, as such, the main sources of Islām used this approach as previously explained. Allāh commanded this Ummah to be the leading nation for the entire humankind.

You are the best nation produced [as an example] for mankind. You enjoin what is right and forbid what is wrong and believe in Allāh.[5]

Taking the macro approach also creates the correct and necessary mindset for the scholars of the Ummah today. These scholars are able to identify the key problems of the Ummah and provide suitable solutions accordingly. They are able to prioritise daʿwah and Islamic activism correctly.  Their ability to distinguish between what is major and what is relatively minor empowers them and they possess the appropriate and adequate tools to manoeuvre within the boundaries of Islām. This is key to finding the best answers for critical contemporary questions related to the social and political life of Muslims in the 21st century.

Applying the macro approach illustrates the beauty of the Sharīʿāh while rejecting it as a model presents a negative and unattractive image of Islām to both Muslims and non-Muslims. It also, unfortunately, results in our failing to identify our brothers and sisters within the wider circle of Islām, instead focusing on relatively minor details that differentiate us. After all, if you place your focus solely on the micro details of Islām you will see those who differ with you on minor issues as being completely alien to you. This approach will lead to the disunity of the Ummah while utilising the macro approach helps in unifying the Ummah. And there is no better time to readdress this imbalance than the tumultuous yet dynamic present that the Ummah is going through.

Previous: Corbyn haters seem happy to be anti-Semitic to prove he is
Next: Prof Tariq Ramadan’s health deteriorates as detention continues