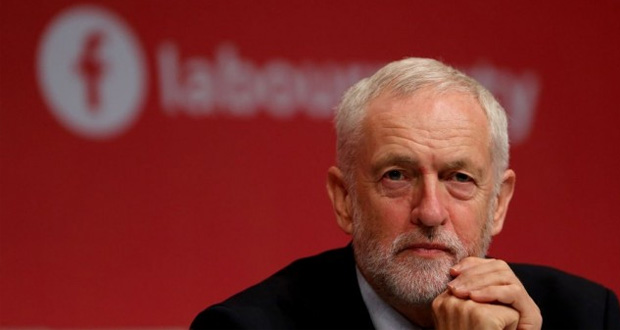 To be clear from the outset, anti-Semitism is an ever-present plague across society that needs to be robustly challenged. It is not a problem exclusive to any political party, geographical location or class. This insidious bigotry has to be challenged wherever it rears its nasty head and there can never be any justification for it.

If you have been living under a rock in recent weeks, you may not be aware that an anti-Semitism row has engulfed the Labour party. Labour Leader, Jeremy Corbyn MP has personally been accused of allowing anti-Semitism to become rampant in the party under his leadership with Corbyn himself accused of personally harbouring anti-Semitic sentiments. ‘Mainstream’ Jewish organisations organised a protest to voice their concerns. Corbyn reached out to the organisers for a meeting and is waiting for a meeting date to be confirmed. He was invited by a constituent to a Jewish event, Seder, to celebrate Passover. The hosts were a group called Jewdas, a left-wing Jewish group, but his attendance made the headlines. Why? The Jewish people he had met were not the “right type” of Jews for his critics. Yes, really!

The attacks on the Jewdas group have exposed a worrying separation of Jewish groups into good Jews and bad Jews. Those with nefarious intentions are using one of the oldest tricks in the book; divide and conquer.

Jeremy Corbyn was criticised for not meeting Jewish groups and when he does, he is told they’re the wrong type of Jews – not part of the ‘mainstream’ Jewish community. Damned if he does and damned if he doesn’t. I’ve often thought, in the eyes of his critics, Corbyn can do no right. David Schneider made a similar observation when he tweeted the following joke.

“Boo! Corbyn needs to get out and meets some Jews!”

[Corbyn spends Passover with some Jews at Jewdas]

The protest called by the Board of Deputies and Jewish Leadership Council on March 26th was attended by a number of Labour MPs, the Conservative Housing Secretary Sajid Javid and even by the DUP MP Ian Paisley.

Mere days after taking part in this protest, Paisley retweeted an Islamophobic tweet by the infamous xenophobe Katie Hopkins in which she mocked the rise in killings in London with a joke about the Muslim community and the religious month of Ramadan (although he has subsequently offered his apologies claiming he did not see the Ramadan reference). So this leads one to believe that Paisley (and maybe others like him) isn’t all that interested in fighting anti-Semitism and other forms of bigotry but getting involved in anti-bigotry campaigns when it suits their objectives.

What is extremely disturbing is to have those outside of a specific faith attempting to play the role of arbiter and judge a person’s or group’s religiosity based on their own agenda.

Which is what we have seen by the right wing Guido Fawkes blog which broke the story and the Blairite MPs who seized on Corbyn’s attendance to the Jewdas event and lambasted him to say his attendance was offensive to the Jewish community – which completely discounts the fact that Jewdas themselves are Jewish.

Corbyn’s attendance at the Jewdas seber reads as a blatant dismissal of the case made for tackling anti-Semitism in Labour. #EnoughisEnough

This is deliberately baiting the mainstream Jewish community days after they pleaded with him to tackle antisemitism. And he must know that meeting them now will give his members the message that the group’s extreme views are ok. Irresponsible and dangerous https://t.co/NORQQiFq8J

In a bid to throw insinuations of anti-Semitism at Corbyn, these individuals may have fallen foul of it themselves through their own actions. Angela Smith MP, John Woodcock MP and their ilk have exposed their willingness to weaponise the real issue of anti-Semitism to kick the boot into their Leader.

‘Mainstream’ media have run with the accusation that Jon Lansman said the complaints of anti-Semitism are ‘opportunistic’ during a speech he was giving. They took his words out of context to inflame tensions further as you can see from his actual words here:

“Yes it’s true there are people on the Right who are opportunistic and using it against the Labour party, but I don’t think that means that if there are charges which are valid that we haven’t got to take them seriously. I think all charges of discrimination and abuse have to be taken seriously. In recent weeks I’ve had a lot of anti-Semitic abuse on social media.”

To think that an issue as serious as anti-Semitism would be weaponised as is evidenced by the actions of Corbyn’s critics and opponents is deplorable to say the least. But after all, they do say politics is a dirty game.

This division of faith groups into good and bad by those outside of those faiths isn’t exclusive to the Jewish communities and has been occurring with the Muslim community for many years. Deeply unpopular and farcically unrepresentative groups perpetuating racist stereotypes and policies (such as PREVENT) are routinely presented by the right wing press and political establishment as ‘good Muslims’. Whereas those who are deemed to be ‘bad’ Muslim organisations include the majority of actual, grass-roots organisations, that happen to have the most widespread support, such as advocacy groups, CAGE and MEND, who were the recent targets of a Channel 4 Dispatches ‘investigation’.[1]

What are the connections between the so-called ‘bad’ Jewish groups and the ‘bad’ Muslim groups? They don’t offer blind subservience to the norms and status quo of the Establishment and often offer challenges which make ‘mainstream’ political players uncomfortable as it disrupts their idyllic domestic and world viewpoints.

May anti-Semitism, Islamophobia and other forms of racism and discrimination continue to genuinely be challenged and may we continue to have independent-minded groups who aren’t afraid to challenge. I stand with the ‘bad’ Jewish and Muslim groups. Not because I agree with everything they say or do but to defend their right to say their piece within the confines of the law. Which reminds me of the following quote;

“I do not agree with what you have to say, but I’ll defend to the death your right to say it.” – Evelyn Beatrice Hall