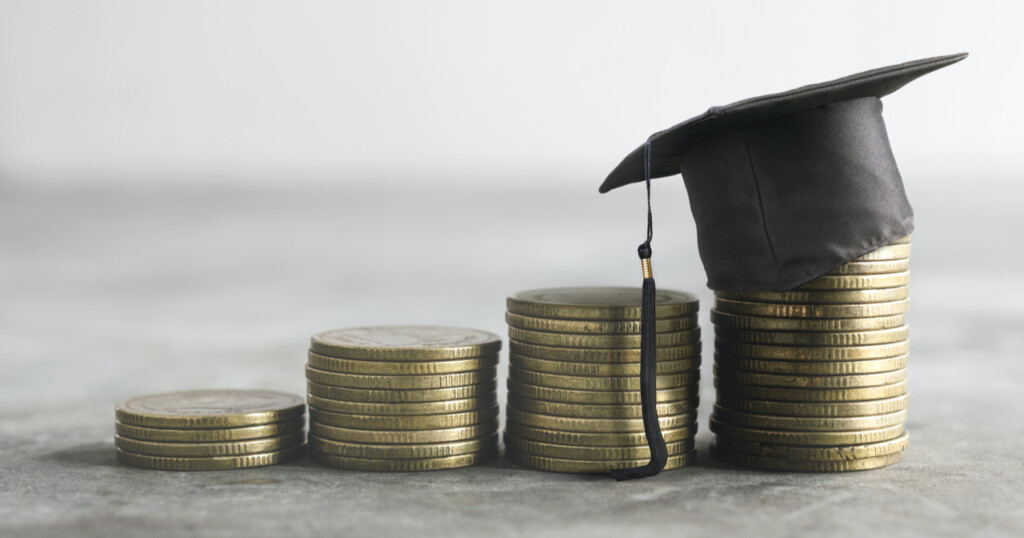 “From my reading of the contractual and operational framework of the process, I conclude it to be a permissible arrangement”

As a disclaimer, I must emphasise that while I believe the student “loan” offered in the UK currently to be compliant from an Islamic perspective, those who intend to enter into the contract must only do so after diligently concluding that it makes financial sense for them after understanding its terms and conditions well, and the potential contractual liabilities it entails. The same is true for anyone interested in participating in any form of investment or intending to enter any trade/financial contract.

With the new university year on the horizon, I am receiving questions from the youth and their concerned parents regarding the permissibility of student loans in the UK. The structure of the student loan operation is multifaceted, possessing elements found in for-profit contracts, benevolent transactions, loan-based contracts and even tax-related structures.

The topic thus requires understanding conventional economics and finance among other contemporary subjects, partly because this is not as simple as a transaction between two individuals, but rather an operation between a government and its citizens. This difference has a bearing on many considerations in Islamic jurisprudence (fiqh), since in order to understand the objective of a product or transaction, you have to understand the intent of the counterparties to an agreement.

The topic of student finance falls under the category of financial transactions, for which Islamic law has a framework derived from the Qur’ān, Sunnah, consensus of jurists, analogy (qiyās), and other epistemic frameworks. A deductive study of these have manifested several established rules and governing principles when determining the Islamic rulings of financial transactions, such as:

– “From the outset, all economic and social activities are permissible unless proven impermissible.”[1]

– “Matters are judged based on their objectives and operational reality, not by their names or appearance.”[2]

Based on this, for student loans to be considered impermissible Islamically, a scholar would have to prove in a substantial way the presence of the following:

– Riba, which is interest (usury) from an Islamic perspective. This is emphasised because in modern finance and economics, the term “interest” is used to describe some things that do not constitute riba according to Islamic law.

– Gharar, which is an unacceptable degree of ambiguity in the transaction.

– Any form of oppression, whether macro or micro.

– Anything which will credibly lead to one of the above.

I do not use “substantial” lightly, given that the Islamic ruling of all contracts being permissible as a default rule is a certain one established by undeniable evidence. This rule cannot be overturned based on evidence that is plausible at best, since another established legal maxim states that “Certainty is not cancelled by doubt”.

Student Loans in the United Kingdom

Simply speaking, the Student Loan arrangement in the United Kingdom is a government initiative which provides students with tuition and maintenance financing up to certain yearly amounts dependent on a person’s level of study with specified considerations and conditions. The operation is completed using a non-departmental public body and upon graduating, beneficiaries only begin paying off their “loan” when their earnings reach a set monthly threshold, with “repayments” being set at 9% of a person’s income, with “Interest” being added to the loan from when the first payment is received by the student from the Student Loans Company.

Is the “interest” charged on student loans riba?

It is true that the student loan contract stipulates something called “interest” to be added to the “repayment” of the “loan”, which can be compounded during the term of the “loan”. It is also true that it is a maxim in fiqh that “Every benefit derived from a loan is riba”, and money on top of money is a clear type of “benefit”. This logic is tempting to follow, however in the case of the transaction at hand, using this maxim lacks precision for the following reasons.

Firstly, this maxim refers to a “loan” as defined by the Sharia, not as defined by other customs or systems. Secondly, and related to this, something does not become a loan in the paradigm of Islamic law by simply being called a “loan” or appearing to be one. A loan within the Sharia is a debt-creating contract: a contract that requires the borrower to repay regardless of his or her performance. It is true that the Sharia mandates forbearance (إنظار المعسر) in case of the borrower being in financial difficulty, but forbearance does not cancel the debt—it still remains and is collected even after death from one’s bequeathed estate.

The student loan under consideration, in contrast, is a performance-based or income-contingent financing operation. Upon the student successfully graduating and securing employment with an earned income upon or above a set threshold, the “borrower” must “repay” the tuition and maintenance funds received, which is done via the PAYE tax system at a fixed percentage of an individual’s income. In the event of remaining unemployed or employment with a salary below the set threshold, the “borrower” is not required to “repay”, even if he or she is in possession of adequate funds through alternative means.  Performance-based contracts, by construction, are not debt contracts from a Sharia point of view.

In addition, the terms “loan” and “compounding” are used liberally in the official documentation. As such, they do not constitute the description of a debt contract in which the debt actually self-multiplies, as was the case with Riba al-Jāhiliyya (riba during the era of Ignorance before the advent of Islam, which Islam put an end to). This is emphasised by the fact that the entire arrangement requires real economic work, or employment upon a set frame, without which “repayments” cease to be a requirement. Other important considerations include the fact that the loan is written off after 25 or 30 years, and cancelled if the individual becomes permanently disabled, or passes away.

In light of this, without riba, gharar or oppression being a part of the structure, and with real value-adding work being an actual part of the arrangement, I conclude the student loan offering in the United Kingdom to be a compliant one from the perspective of Islamic Fiqh.

Shaykh Haitham al-Haddād has a famous ruling on this topic from a few years ago wherein he concluded student loans in the United Kingdom to be permissible.[3] This was based on his alignment of the loan’s structure to the well-known Mudāraba arrangement found in the books of Islamic Fiqh.[4] Given that I have not come across anything conclusive which passes the evidentiary bar of the Sharia to overturn the original ruling of permission for this type of contract in principle, the default ruling would thus persist, and I would therefore agree with Shaykh Haitham al-Haddād’s conclusion, even though I find his framing of the student loan arrangement as a form of Mudāraba unnecessary. The maxim defining financial transactions as permissible in Islam implies that there are no limits to the number of possible Sharia-compliant contracts that can exist at any given time, and thus it isn’t a requirement from the perspective of Islamic Fiqh to fit new contracts within the framework of the old ones discussed in the books of fiqh. Disproving Mudāraba thus would not render this a riba-based contract.

In summary, I believe in principle that the student loan product offered by the UK government currently is acceptable from the Sharia point of view. As has been stated, the principles of Islamic law tell us that “Matters are judged based on their objectives and operational reality, not by their names or appearance,” and that “From the outset, everything (not considered worship) is permissible unless proven impermissible.” In particular, the arrangement is income-contingent and performance-linked, which makes it consistent with the principles of Sharia.