Should Muslims care about the environment? 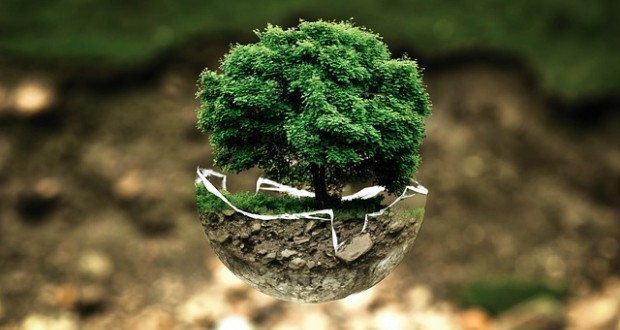 Should Muslims care about the environment?

And (remember) when your Lord said to the angels, “Indeed, I will make upon the earth a successive authority.[1]

God Created Man and placed him on Earth as a successor and God’s authority therein. A creation that was perfect in its form and placed in an environment perfected for its inhabitation, created by a perfect Creator.

It is God who made for you the earth a place of settlement and the sky a ceiling and formed you and perfected your forms and provided you with good things. That is God, your Lord; then blessed is Allah. Lord of the worlds.[2]

Man, like other inhabitants of God’s beautiful earth, enjoys the countless blessings placed therein, however Man has been chosen over all other creation; an honour and position that carries with it many responsibilities.

And We have certainly honoured the children of Adam and carried them on the land and sea and provided for them of the good things and preferred them over much of what We have created, with [definite] preference.[3]

They said, “Will You place upon it one who causes corruption therein and sheds blood…?[4]

Man’s inclination towards corruption and abusing the rights and responsibilities of both God and fellow creatures is clear and well documented, similarly such corruption and abuse as regards the blessings of God surrounding us is an evil that should concern us as God’s “successive authority” or representatives on earth.

And it is He who sends down rain from the sky, and We produce thereby the growth of all things. We produce from it greenery from which We produce grains arranged in layers. And from the palm trees – of its emerging fruit are clusters hanging low. And [We produce] gardens of grapevines and olives and pomegranates, similar yet varied. Look at [each of] its fruit when it yields and [at] its ripening. Indeed in that are signs for a people who believe.[5]

The environment in which we live, perfected in its creation by God, is an amazing sign and evidence towards its Creator and thus we have a great responsibility to maintain and preserve it. God clearly warns against those that abuse and corrupt the people and land upon which they reside.

Do no mischief on the earth, after it hath been set in order[6]

And when he goes away, he strives throughout the land to cause corruption therein and destroy crops and animals. And God does not like corruption.[7]

The resources and provisions with which God has filled this earth is there for our enjoyment but is not to be abused and wasted,

Eat and drink from the provision of God, and do not commit abuse on the earth, spreading corruption.[8]

But waste not by excess: for Allah loves not the wasters[9]

Therefore we see that this encouragement to be ‘green’ and preserving our resources is not a new concept to Muslims, rather it is an essential teaching of God and His Messenger (sallAllahu ‘alayhi wasallam) that should govern our everyday lives, even when the resources seem plentiful,

“God’s Messenger (sallAllahu ‘alayhi wasallam) appeared while Sa‘d was taking the ablutions. When he saw that Sa‘d was using a lot of water, he intervened saying: ‘What is this? You are wasting water.” Sa‘d replied asking: “Can there be wastefulness while taking the ablutions?” To which God’s Messenger replied:  “Yes, even if you take them on the bank of a rushing river.” [10]

The prohibition against causing pollution and harm to the environment in Islam is clear, in particular against the cutting of trees and vegetation unnecessarily and polluting the pathways. In fact we are strongly encouraged to contribute positively towards improving the environment by removing harm from around us, and cultivating the lands for the benefit of all of creation.

“Faith has sixty or seventy-odd branches. The least of them is to remove something harmful from the road…”[11]

“There is none amongst the Muslims who plants a tree or sows seeds, and then a bird, or a person or an animal eats from it, but is regarded as a charitable gift for him.” [12]

“Whoever plants trees, God will give him reward to the extent of their fruit.” [13]

Such is the encouragement for a Muslim to contribute towards the preservation and cultivation of the environment that he has been made responsible over, that even if Doomsday; the end of time and the destruction of this world were imminent, one should not refrain from this act of charity,

“If the Hour starts to happen and in the hand of one of you is a palm shoot or seedling, if he is able to plant it before the Hour happens, then let him plant it.” [14]

As a creation we have been chosen and honoured over all of creation, and as a community Muslims have been honoured and chosen as those recognising the rights of God and the rest of creation. They are a balanced nation that achieved their past glories through a holistic approach that fulfilled their rights to all of creation and its Creator.

“And thus we have made you a just community that you will be witnesses over the people and the Messenger will be a witness over you.”[15]

So as the world gathers and convenes to find solutions for the ills caused by Man himself with regards to the environment, poverty, spirituality and more, let us come forth as examples to mankind, implementing the divine teachings that gave us solutions to all our ills and the means to fulfill our roles as successors on earth.