Did Netanyahu just respond to his own arrest petition? 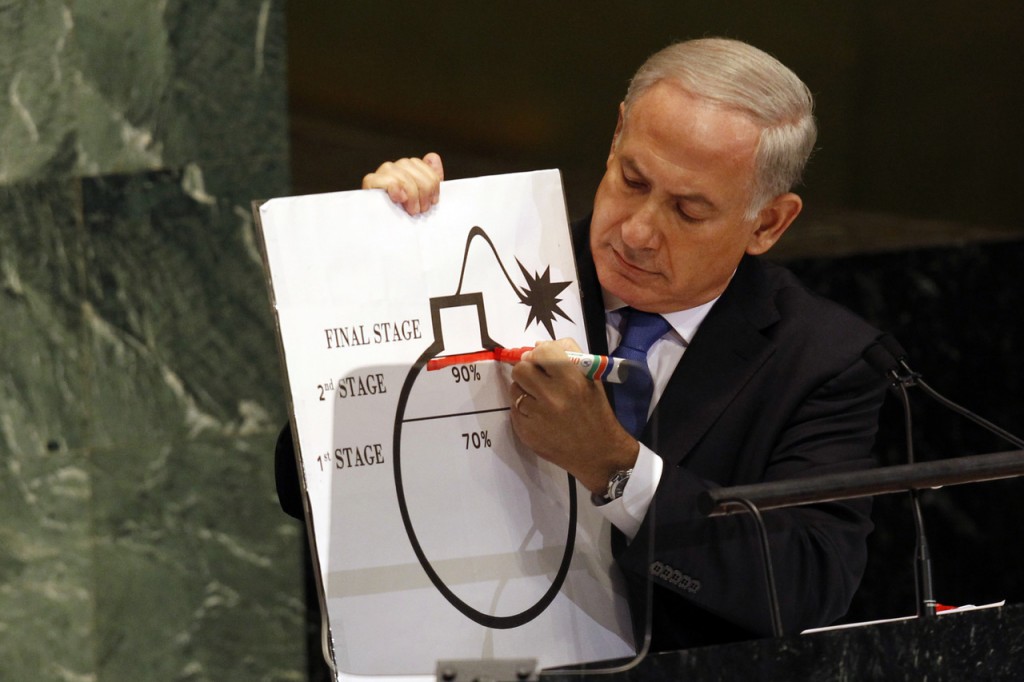 With the petition calling for the arrest of war criminal Benjamin Netanyahu on his visit to the UK rushing to 100,000 signatures, the Government has already mustered together a quick reply, click here to read it. But they needed not get flustered to rush out a response at 03:01am on Saturday morning. The tens of thousands of ambitious signers were left to marvel at how Netanyahu himself apparently managed to tap into the ‘petitions committee’. I have considered your reply and would now like to say:

Just to clarify my position, I am not after a course in international law. ‘Diplomatic Immunity’ of heads of states who are perpetrators of ethnic cleansing and/or genocide is one thing, but inviting them to a banquet dinner at 10 Downing Street and leaving them to jog around London with immunity is another.

Saying that, I feel your pain, and am touched by your poetic emotion over Gaza, because as you mentioned, our government was clearly at the ‘forefront of reconstruction efforts’. 20,000 Gazans as of July 2015 are still living in temporary shelters, under an on-going, illegal siege, with 7,000 homes still in heaps of destruction and two-thirds of all Gazans dependent on UN aid[1]. Nevertheless your relentless reconstruction efforts have hit a chord in our hearts. But careful with your language not to stress-out those Zionist pressure-groups, I’m sure you can trick them into believing you never really cared about 2.5 million tonnes of debris left by Israeli war-machine[2].

Of course not, because it was within “Israel’s right to take proportionate action to defend itself”, I mean, or… “within the boundaries of international humanitarian law.”

What about injuring and maiming 12,656 civilians?

Well, they do have hospitals!

Unless we heard of the complete destruction of forty-five clinics and fifteen hospitals during operation Protective Edge,[3] Maybe you think it was never a good idea to have government-run hospitals like is the case with the elected government of Gaza (Hamas).

You see, Mr Petition Responder, I think the near 100,000 signers were thinking of the genocide committed by your dear friend Netanyahu rather than really having Hamas in mind when they signed…

Quiet, how can we get out of this debacle, O yes, Hamas! Scaremongering, “terrorist tactics”, “to kidnap and murder” and “refused to accept ceasefires,” [!] how does that sound Netanyahu?

May I ask, Mr Petition Responder, had the petition demanded the formal recognition of Hamas as a government, now removed of its ‘terrorist’ status by the European Court on the grounds of it being a “legitimately-elected government,”[4] would your reply have been any different?

You see, this is where the Government’s reply becomes particularly sloppy. Yes, we are for adjectives, and indeed Hamas did build “extensive”, ‘Islamic’ tunnels, kidnapping poor old, “high school graduate”[5] obliged into the military Gilad Shalit, whilst innocently veering an armed 70-tonne Mirkava on the borders of Gaza. Before you ask, yes he was treated alright, but shockingly forced to eat horrible Palestinian food like Humus![6] Sincere apologies for the moving account because it only gets worse. Gilad was exchanged for over 1,000 Palestinian “militant”[7] prisoners.[8]

It’s amazing what adjectives can do, I’ve hardly ever appreciated my Secondary School English lessons more than today! Never did my English teacher tell us that a reality of 2200 killed by Israel, 75% civilians[9] against 72 killed by Hamas, 92% of whom army personnel,[10] can be articulated to make the latter the terrorist and grant the former the “right to ensure its own security.” With our own adjectives, the brutal Israeli Offensive Force, forged an excuse through false claims that Hamas kidnapped three Israeli teens,[11] to then wage a bloody war on a defenceless people reducing everything in Gaza into rubble. This occurred amidst sordid international silence, including an apathetic UK government for 50 days on end. Alas these words may never spread as far as we’d hope. Operation ‘Cast Lead’ in 2008, and ‘Pillar of Defence’ had done precisely the same, throughout a crippling siege since 2007.

So Mr Petition responder, for a government to condition that such brutality comes to a halt, and the siege is lifted, our just government then dubs it a “repeated refusal of accepting ceasefires”?

Let us revisit basic morality. Condemning a person we can call ‘X’, if involved in the murder of thousands of civilians we can call ‘Y’, with the direct executors ‘X’ (the IDF) saying they were authorised to open fire on ‘Y’ (Gaza’s civilians), because it had to be “sterilised, empty of people” [12] is a moral duty upon any sane human being. When ‘X’ is substituted with Israel, and ‘Y’ with the Palestinians, morality is thrown out of the window, Human Rights become science fiction, democracy becomes unknown and petitions with near 100k signatures become as valuable as your whiny junk mail on Saturday morning.

Prosecutors from that same International Criminal Court only recently gathered what is apparently “substantial information pointing to serious violations of international humanitarian law and international human rights law by Israel and by Palestinian armed groups.”[13] Of course, no Hamas official plans to meet Cameron any time soon. Unfortunately Mr Petition responder, what you talk about is a foreign policy that won’t be changed easily, a relationship built upon expansionist interests and a stubborn 67 year-old project that the British Government’s ego cannot allow to fail. A close, cuddly friendship that “we enjoy”, and an “excellent bilateral relationship”, along with a celebratory attack on our King David Hotel in 1946[14], good-humoured disregard of UK sovereignty[15] and that bit of banter not so long ago.[16]

Please do not misunderstand, Mr Petition responder, your response will not stop people from signing the petition; rather the complete opposite. This petition must and will—God willing—reach its objective and everything must be done to put Israel’s atrocities under the limelight again. We are not naive, and Netanyahu probably won’t end up behind bars anytime soon—just like we thought for defenders of other apartheid regimes. But if this is discussed in Parliament, the moon may turn blue and the handful of objective politicians may make awkward remarks. All of this costs Israel’s propaganda, pushes it politically more into the corner and persuades more people to do things to bring an end to its barbarism against the Palestinians through whatever legal activism in their disposal. Apologies for our brutal honesty.

P.S Careless governments come and go, but good people are here to stay.