#3rdMarch1924 – The Abolishment of the Last Caliphate 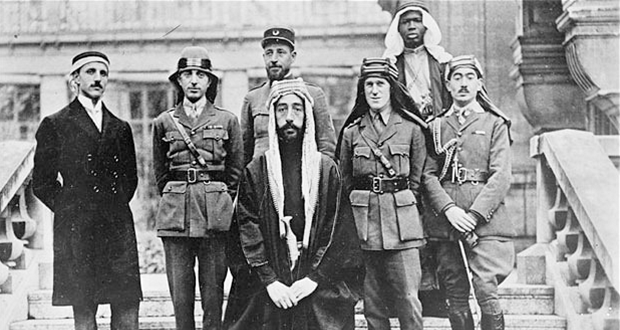 [For a detailed historical insight into the fall of the Caliphate watch the video above, 1914; The shaping of the Modern Muslim World by Sheikh Yasir Qadhi]

“We must put an end to anything which brings about any Islamic unity between the sons of the Muslims. The situation now is that Turkey is dead and will never rise again, because we have destroyed its moral strength, the Caliphate and Islām.”

This bold statement, or rather stark warning, was allegedly made by the former British Foreign Secretary, Lord Curzon, at the House of Commons after the Lausanne Treaty of 1923, when the Ottomans were defeated in World War One. The reason why Lord Curzon’s statement should be taken with so much weight (if it is true) is because it correlates with the following ḥadīth of Prophet Muḥammad (sall Allāhu ʿalayhi wa sallam):

Today marks 97 years since the destruction of the Ottoman Caliphate, heralding arguably the darkest chapter in Islamic history after the death of Rasūl’Allāh (sall Allāhu ʿalayhi wa sallam). The Ummah continues to suffer from the after-effects of this calamitous event, for the very reason, which Lord Curzon mentioned – the Muslims currently have no collective “moral strength”, which is embodied in the form of an inclusive Islamic polity. The Middle East and North Africa were subsequently carved up between Britain and France, as Mark Sykes and Francois Georges Picot planned the future of the former Ottoman territories with a pen and ruler. What followed since was an uninterrupted chain of secular dictatorships and petrol rich sheikhdoms. Many of these regimes came to power via military coups, dressed up as pseudo-liberators, whilst the Gulf monarchies unashamedly enjoyed the fruits of their forefathers’ betrayal during WW1.

The history lesson aside, the concept of the Caliphate, and the general Muslim populous’ desire for it, continues to be maligned by academics, journalists, Western policy makers and governments. Secular liberals and modernists, both Muslim and non-Muslim, from across the political spectrum, appear to have adopted the attitude of Lord Curzon, but with rehashed rhetoric that a Caliphate is simply incompatible with the modern world, rendering it barbaric and despotic. The irony is that they all seem to conveniently forget that for over a thousand years Islamic civilisation under successive Caliphates, from the Umayyads to the Ottomans, led humanity in science, philosophy, arts and technology. Furthermore, agenda-driven critics and muscular ideologues also overlook that not only did every Caliphate have the trappings of a modern state, but they were the beacon and example of modernity for their relevant period in history. Again, I cannot do justice in explaining Islām’s contribution to the world as we know it today, when libraries are filled with books and historical testimonies of non-Muslims who substantiate this undeniable fact.

However, it must be stated from the onset that the Caliphate is not regarded as a utopian state, conceptually or in practice. This was never the case when Prophet Muḥammad (sall Allāhu ʿalayhi wa sallam) ruled over Madīna, or when the Khulafāh Rāshidūn (Rightly Guided Caliphs) expanded the Caliphate, or those that came after. In fact, when the Caliphate entered hereditary rule and kingship, there were cases of internal corruption, theological deviation and infighting. Rather, this polity is what followed the end of Prophethood, and the practical manifestation of Allāh’s (subḥānahu wa taʿālā) divine law on Earth. This is evident in the following ḥadīth of Rasūl’Allāh (sall Allāhu ʿalayhi wa sallam):

“The Prophets used to manage the political affairs of Banī Isrāīl. Whenever a Prophet died another Prophet succeeded him, but there will be no Prophets after me; instead there will be Caliphs, and they will number many”. The Companions asked: what then do you order us? He (sall Allāhu ʿalayhi wa sallam) said: “fulfil allegiance to them one after the other. Give them their dues. Verily Allāh will ask them about what He entrusted them with”.[3]

The virtues and societal conditions sought from the Caliphate, deduced from the classical scholars after scrutinising the Sharīʿah, is to establish social justice, to protect the honour and property of its citizens, and the preservation of the Islamic way of life. Now this may be a sour grape for the intolerant ‘tolerant’ who stubbornly comprehend the Islamic system through the lenses of a secular paradigm, assuming that liberal democracy is the default benchmark against which every governing system should be compared to. But there is also a political context to this ideological objection of the Caliphate, and that is the conflation of Europe’s systematic separation of the ‘Church and state’. This period of secularisation, which is symbolised in the era known as the ‘Enlightenment’, has never occurred in the Muslim world during the existence of a Caliphate, nor would it be befitting.

Those that attempt and conflate Islām and western Christianity under the arbitrary term “religion” invariably superimpose the pre-reformation Christian historical baggage onto Islām. The fact of the matter is that Islamic history is not plagued with the same repressive church-like institutions that stifled human advancement, and the classical Islamic governance already secured the rights that the Enlightenment sought to secure, and more. The notion of a Caliph is an employee that represents and is accountable to the people, and Islamic history shows a level of accountability that we still have not yet seen in Western politics. Despite this, there were attempts during the 19th century to minimise the legislative powers of the Caliph, and to modernise certain aspects of the declining Ottoman Caliphate, to make it more ‘palatable’ with its thriving European contemporaries; but the idea of a systematic separation of “religion and state” was unthinkable.

Additionally, Islām’s worldview that was represented by the Caliphate had always clashed with other empires it encountered; from the Persians, Byzantines, Mongols, Crusaders, right up to the imperial powers of Europe. Hence, after the destruction of the Caliphate on 3rd March 1924, Christian Europe had successfully eradicated the only superpower that it had been in a constant state of conflict with for nearly a millenium. Of course, Europe had suffered centuries of bloody internal wars, but the fight against the ‘Mohammedans’ was a unique one due to the cultural and religious dissimilarity.

Also read: Understanding the Caliphate: Between Romanticism and Cynicism

After the downfall of the Soviet Union in 1989, Francis Fukuyama had arrogantly stated that humanity had reached the “end of history” – implying that liberal democracy was the only natural form of government to have survived the testing waves of global change.[4] Fukuyama was clearly naive in his assessment of the world, because he assumed that in the absence of the Caliphate, the Islamic mind would also be non-existent – he was grossly mistaken. The 9/11 attacks, and the subsequent US-led ‘war on terror’ that followed is a testimony to this. After the invasion of Afghanistan and Iraq, and the rise of armed groups in Yemen, Somalia and Pakistan, it became unavoidably clear that the desire for the return of the Caliphate was very much existent. The Arab Spring, or what remains of it, is another example of the Islamic sentiment of the general Muslim masses in wanting Islām to play a greater role in society. Tunisia, Egypt, Libya, Yemen, and more evidently in Syria, are prime examples of this. The revolutions which spread like wildfire in 2011 initially began as a grassroots movement, in order to attain self-determination in a region, which had been ruled by Western-backed dictators for decades. Unfortunately, with the interference of Western powers and their regional proxies, the sincere efforts of those who lost their lives during the uprisings, had been sidelined and forgotten by political opportunists in search for power. Naturally, cosmetic changes were made to the ‘new’ post-Arab Spring countries, but in nearly every case, the oppressive regimes and state apparatus remained.

The emergence of the group known as ISIS, which claimed to have restored the Caliphate on 29 June 2014, was a dream come true for the West. The former chief of the British Armed forces, Sir General Richard Dannatt, justified the occupation of Afghanistan, and Britain’s involvement in the war on terror by stating that it was to prevent:

“…the historic Islamic caliphate, running through south Asia, the Middle East, North Africa and up through south and south-east Europe.”[5]

Lo and behold, the West had at last found its medieval Caliphate in the form of ISIS, which in reality was a doctor’s sick note to continue its destructive foreign policy in the Middle East. The criminality of ISIS has been used as a stick by Western politicians to beat the Muslims with, and a tool to demonise the noble concept of the Caliphate. The media continues to refer to ISIS as an “Islamic State”, knowing that the majority of Muslims, including likeminded groups who share the same goal, have unequivocally rejected their claim to the Caliphate.

The abhorrent actions of ISIS cannot be used to pressure Muslims into rejecting the concept of the Caliphate for two very simple reasons. Firstly, there is a unanimous consensus amongst classical and contemporary scholars within Sunni Islām, that the Caliphate is the ideal form of governance for Muslims, and to work for its re-establishment is an obligation. However, Muslims will inevitably differ in the methodology of how the Caliphate should be restored due to theological and political differences, but the scriptural evidences and scholarly works emphasising its importance is too overpowering. Secondly, the fact that Rasūl’Allāh’s (sall Allāhu ʿalayhi wa sallam) burial was delayed until a Caliph was appointed could not have been a more significant indication of how serious the Companions (raḍiy Allāhu ʿanhu) took the matter of the Caliphate. “The aforementioned reasons, coupled with the dire situation the Muslim world is currently in, as a result of seeking liberation by adopting failed secular ideologies, the only real option remaining for the Ummah is to return to a system which, for all its previous mistakes, protected Islām and safeguarded its citizens from harm.”

Those who are adamant that the Caliphate is incompatible with the modern world, and to anticipate its return is a romanticised idea, need to appreciate from an Islamic perspective, that the Prophet Muḥammad (sall Allāhu ʿalayhi wa sallam) has prophesised its permanent return,[6] and Allāh (subḥānahu wa taʿālā) has promised the Muslims authority on Earth.[7]

This article was originally published in 2015