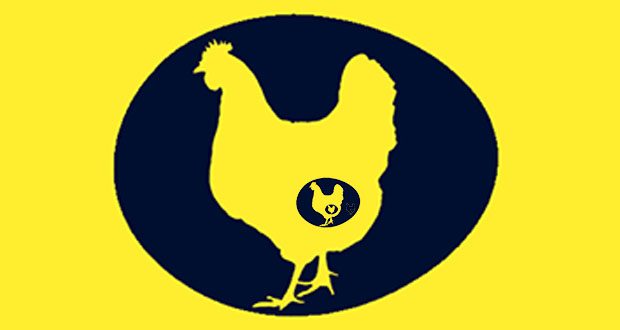 It can be argued that any meaningful discourse distilling ancient wisdoms or guidance for today must take into account the unique position of Muslims today compared to the past. The trauma of Modernity and hegemony has scattered and atomised Muslim communities and nations, characterised by the international denial of a unified Ummah; a violent break in continuity from our own stories and knowledge production over the last 1,400 years. As a result Muslim groups and movements aiming to improve the state of affairs in some shape or form in recent centuries have seen a number of problems that need solving. Dictators and despots, poverty and economic subjugation, epistemic oppression,[1] violence and ignorance, and all manner of personal, social and societal ills have been identified.

Naturally, as in any non-trivial matter, a person looking at this is subject to common mistakes of the historian. It is tempting to fall into a single cause fallacy when asking the question: what do we do now? The problems faced by the world today have coincided with or followed many important phenomena over the last few centuries—the official fall of the Ottoman caliphate; the systematic disestablishment of localised shari’a systems replaced by authoritarian (European) legally monistic structures of power; materialism and consumerism; the atomisation and disenfranchisement of common people; coloniality; the explosion in number and degree of morally abhorrent vices. It requires cautious thinking not to fall for blaming the state of affairs on a single cause.

When looking at the host of problems and/or potential causes, a distinction emerges between issues on the micro, individual, personal or spiritual level on the one hand, and issues on a macro, systemic, civic or political level on the other. Both spheres experienced a decline in recent history. Both categories of problems (and therefore loci for putative solutions) require attention. It may be impossible to distinguish which came first in reality, and it should not matter. Despite this a chicken and egg paradox has appeared in some minds where one might for example, blame the fall of the last Caliphate for the host of micro problems we suffer from today; or blame Muslims’ spiritual bankruptcy (or “deviation from the sunnah”) for the fall of the last Caliphate and other macro problems.

The main problem with such a false paradox is that it lures unsuspecting people into a polarity that need not exist, and I believe this is one of the most successful tricks of the shaytān, if not a deliberate policy decision by his allies. Certainty is like a drug for some, and the certainty of simple formulae for Islamic “revival” is extremely tempting, albeit costly. Some movements focusing on spiritual rescue have spawned a political quietism. Some movements focusing on political revival have nurtured a spiritual bankruptcy.

Polarities that were once upon a time caricatures appear to be becoming more and more of a reality as the pressures on 21st century Muslims are combined with the need for simple answers and certainty—and social media. I have heard with my own ears and read with my own eyes slogans that reveal a wholesale acceptance of such a false dichotomy.

“Why are you doing a talk about dhikr when people are dying in Palestine!?”

“Why are you talking about politics when people are upon misguidance and bid’a!?”

The cure to this disease is not to convince someone on one extreme to go to the other, but to break them out of the polarity of thinking altogether. We must collectively focus on both the micro and the macro. Not merely for the sake of tolerance and unity but importantly because to focus on one at the expense of the other is doomed to failure. In polarity 1, focusing on a system at the detriment of its parts will lead to a failure of the system itself. In polarity 2, focusing on improving the parts of a corrupted system will only improve corruption!

If you manage to put a well functioning system in place—political, economic, social or otherwise—but have not spent serious effort in nurturing the individual integrity and quality of those in it, you are on thin ice. One of the miraculous aspects of Islam is that even implementing parts of it can lead to great benefit—as many enlightened non-Muslim societies have done historically, including our own.[2] However, to reap fully the fruits of Islam as a system, different parts need to synergise with one another. Take for example the Islamic economic system.

In Sūrat al-Baqara before announcing the prohibition of riba (usury) Allah swt spoke in fourteen āyāt of a crucial pillar of the economy to allow people to fully implement and enjoy the incumbent prohibition of riba: sadaqa.[3] Allah commands people to spend in Allah’s way, not to fear poverty or hoard wealth. Importantly, an additional dimension of ‘profiting from wealth’ is introduced: the hereafter benefit. People are encouraged to lend money to one another, extend the repayment terms and even forgive debts of those burdened, for a profit in the hereafter. As a result, there is no space for people to exploit debt to flourish.

However, if you were to replicate the classical system overnight it would still collapse if people did not have the ‘īmān’ system to supplement it with. If there was not a minimum level of hereafter consciousness to prevent people cheating, exploiting and circumventing the letter of the laws (as we see in much of today’s burgeoning ‘Islamic’ finance industry or even in some modern nation states that try to enforce some ‘Islamic’ laws). A useful analogy is an organ such as the heart. It is a complete system made up of parts, structures and the movement of metabolites and impulses, which come together to make a heartbeat. If the constituent cells of the heart are diseased, the function of the system will suffer.

It is also problematic to focus only on the development of ‘the self’ whilst ignoring systems. Let us recall the example of an economic system. Islamic economics is far more than just the prohibition of riba. If systems are not in place for people to earn a halāl ethical living, to prevent large amounts of money circulating in few hands, to prevent the powerful exploiting those without power, and so on, then even if people have the īmān system and hereafter centricity, something very worrying will happen.

Take for example the dominant hegemonic systems of economic ‘development’ exported across the world from today’s imperial powers. We have systems which are now fine-tuned to funnel wealth from the public into private corporate pockets, and natural resources from ‘third-world’ countries into ‘developed’ nations. If you develop spiritually and personally everyone in such a system, make them righteous believers who are honest, God-fearing and charitable, the effect will it have on the function and output of the unjust, un-Islamic systems will be to make them even more efficient!

Remember, the cells of the heart do not need to even know what a heartbeat is—even though they are crucial to it. Their being involved in the right place and time in the system that produces the heartbeat allows the system to endure. If the individual health and integrity of the cells were to increase then it follows that the overall health of the heart would increase.

This is the insidious reality of unjust systems that have been set up by human beings to exploit each other. The atomisation of society,[4] self-deception and cognitive dissonance of humans allows for an ‘honest’ and ‘good’ person who is going about their daily work, paying their taxes and donating to their charities, to go through an entire career not even recognising that they play a vital part in the destruction or continued subjugation of entire peoples. It was the bravely difficult realisation of this fact and its associated guilt that led economist John Perkins to write his seminal book, Confessions of an Economic Hit Man: The shocking story of how America really took over the world.[5] He wrote of how he was in fact pivotal in creating a system of US-based domination of the world in which ‘developing’ countries were forced into exorbitant interest-bearing “development” loans (enriching ruling families and depriving their populations, leading to countless suffering and deaths), designed for them not to be able to repay them and as a result be dominated politically, economically and militarily for generations to come.

It is because of the power and influence of systems that those interested in individuals’ personal development or saviour should also hope to change systems. For a person to accept Islam, for example, in today’s day and age requires them to take a very courageous step of integrity; to make sacrifices and for instance become a target for Islamophobia (a systemic issue). For many of those with less willpower and determination, the systemic issues are enough of an obstacle for them to delay accepting or even considering Islam seriously. This phenomenon appears time and time again throughout history, with the Conquest of Makkah being a prime example.

Even though the Conquest of Makkah was a conquest without battle, it was still a change of the system of the most important and most ancient city of the entire Arabian peninsula. People would no longer be exposing themselves to persecution and oppression by accepting Islam, so the main obstacle to accepting something every sane, open-minded person would intrinsically accept was gone; and as a result they entered Islam in droves.

When the victory of Allah has come and the conquest,

And you see the people entering into the religion of Allah in multitudes,

Then exalt [Him] with praise of your Lord and ask forgiveness of Him. Indeed, He is ever Accepting of repentance.[6]

The above is not an argument for every person or even group to focus on everything. Practically speaking, one would expect different groups and movements to focus disproportionally on their main vision and activities. However, it is when they begin to disparage others that they disclose the polarity and a sheer ignorance within. There is a requirement for people and experts in ‘macro’ level political and international issues; and there is a requirement for experts for ‘micro’ level individual, spiritual or theological enterprise.

Because of the fact that both focuses are extremely important, statements from the Prophet sallAllahu ‘alayhi wasallam and scholars of the past will exist to highlight the importance of each. These statements should never be decontextualized to prove the absolute priority or importance of one over the other—this would be a betrayal of the overall message of the Prophet sallAllahu ‘alayhi wasallam. Rather we should aspire individually to excel in all areas, even though we will naturally fall within a specific expertise or job description. We should have issues outside of our own expertise in our radar and make them the subject of our du’ās and concern, even if they are out of our direct influence. That is one way we can avoid the pitfalls of polarisation and the traps of shaytān in this matter. But of course Allah knows best.

[1] Singling out the effect of hegemony and imperialism on systems of knowledge production and expression.

[2] Take as examples the rule of law, due process and justice; aspects of social and political empowerment; avoidance of social ills resulting from intoxication or free mixing; and so on.

[4] Hannah Arendt in The Origins of Totalitarianism in 1949 famously wrote that the atomisation of the ‘masses’ was a prerequisite for imperial domination and totalitarianism. To read more see: http://rozenbergquarterly.com/hannah-arendts-theory-of-totalitarinism-part-one/