Updates
Home / Current Affairs / Balfour Declaration 100 years on: a moment of shame for the Muslim ummah? 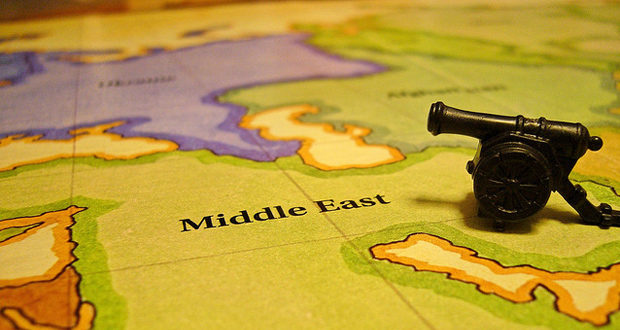 Balfour Declaration 100 years on: a moment of shame for the Muslim ummah?

A century has elapsed since the Balfour Declaration, or as the leading Palestinian historian Walid Khalidi described it, “the single most destructive political document of the 20th century on the Middle East”. Britain sponsored the Zionist project through the Balfour Declaration to transform Arab Palestine into a ‘Jewish state’ in November 1917.

The Declaration was actually a letter written on November 2nd 1917, by the then foreign secretary of Britain, Arthur James Balfour, to Baron Walter Rothschild, a leader of the British Jewish community, for transmission to the Zionist Federation of Great Britain and Ireland. Arthur Koestler witheringly summarised this Declaration as a document in which ‘one nation solemnly promised to a second nation the country of a third’. It is no wonder thus that Palestinians casted aside the Mandate as the illegitimate exercise of British imperialism. Although it did not offer partition, it sowed the seeds for it, which eventually allowed the Zionist movement to occupy Palestine.

Ever since then, and consequent to the creation of the Zionist State of Israel in 1948, and after a few bloody wars and mass-scale massacres, the Zionist project has virtually succeeded in illegally occupying Palestinian lands and establishing settlements. Some 5million Palestinians of varying descent live as displaced refugees living by and large in poverty across the Middle East. 2.5million live in torturous conditions within the occupied West Bank and 1.7m people live in the largest open prison camp on the planet in Gaza with no basic rights, no citizenship and no hope of a lasting future. Anti-Semitism is the convenient smokescreen behind which the Zionist gangster-state hides its crimes against humanity, with US backing.

Israel quite justifiably and its supporters worldwide are planning to celebrate a significant landmark document in modern Zionist history, this November 2nd. However, it is the height of audacity for British PM Theresa May to talk with pride about this landmark Declaration and also ask the British public to follow suit, despite being one of Britain’s most terrible historic disgraces. Besides, her statement is little short of iniquitous to say the least, as Robert Fisk says, when the Declaration was basically a lie when it stated that while Britain supported a Jewish homeland, nothing would be done “which may prejudice the civil and religious rights of existing non-Jewish communities in Palestine.”[1]

May frequently preaches and moralises about supposed “British values”, but casts these aside every time she deals with “Israel”. For Israelis, this is something to celebrate, while this Declaration signifies Britain’s betrayal for the Palestinians who have been unjustly expelled from their own homeland. In this context, not just the Declaration itself, but even the mere official position to mark this centenary event with pride, will be prime examples of colonial arrogance shown by Britain.

As Ben Macintyre wrote in 2016, “Between the Palestinian lawsuit and the Israel celebration, Britain is left dangling, embarrassed, uncertain how to approach and ­remember her own history.”[2] Britain, he argues, should ­approach the centenary of the Balfour Declaration like William Hague dealt with the demand for reparations over the Kenyan Mau Mau rebellion when he was Foreign Secretary, “as an ­occasion to be neither eulogised nor bemoaned but dispassionately explored, analysed and understood, a fraught moment in history whose consequences could not have been foreseen at the time.” He argued that the centenary should be used as “an opportunity to help establish an equitable settlement respecting the rights both of Israelis and Palestinians in two states. If the centenary is used as an excuse for political grandstanding, it will only inflame the ­situation in the Middle East”.

Palestinian President Mahmoud Abbas called for an apology in his address to the UN General Assembly in September, ahead of planned celebrations by British and Israeli officials to mark the centenary of the Declaration. Britain refused to apologise, and Abbas now calls on other states in the alliance to help the Palestinian government launch a lawsuit against Britain over the Declaration and the subsequent creation of Israel in 1948. However, an apology from the British would only achieve a partial restoration of Palestinian national honour. It is difficult to see what direct value an apology would have in helping to establish a Palestinian state.

Besides, ground realities are stubborn, as Alexander H. Joffe rightly says in an article in Middle East Forum (March 2017):

“Protests over the Balfour Declaration anniversary are emerging just as the Arab state system finds itself at its lowest ebb. Syria, Yemen, and Libya are effectively no more, Iraq is divided between an Iranian rump, a shrinking ISIS entity, and an independent Kurdistan (in all but name), and Lebanon is a Shiite-dominated shell. The Palestinian Authority is a pseudo-state that exists only thanks to foreign aid and Israeli security assistance. The current efforts against Balfour thus un-ironically emphasizes Palestinian powerlessness and Arab/ Muslim weakness in both the past and the present.”[3]

“”Resistance” against the British Empire and the Zionists, both non-violent and violent, failed—and therefore, consistent with historical Palestinian practice, the issue became internationalised.”

International opinion is nearly unanimous that a two-state solution, including a sovereign Palestinian state, is the best if not only way forward in the century-old conflict over historical Palestine. Yet there is no visible movement toward achieving this outcome. The Arab states in particular and the Muslim Ummah which represents a quarter of humanity are fragmented and should bear the blame and shame for their inability over this long period to bring pressure upon the international community both to hold Israel accountable and/or to bring about an acceptable peace accord acceptable to both Israelis and the Palestinians.

It is well known that the question of giving Palestinians their own homeland has commanded the attention of the UN since the organisation was founded. Since resolutions 242 and 338, the Security Council has taken no significant steps to end the Israel-Palestine conflict, in the light of continued Israeli arrogance and US hegemony. Mahmoud Abbas, in his capacity as chairman of the PLO, has twice petitioned the UN to accept Palestine as a member state with no success. It enjoys only a non-member status at the UN and 136 of the 193 member states of the United Nations and two non-member states have recognised the State of Palestine as of 2015.

Should not the Organization of Islamic Countries (OIC) calling itself “the collective voice of the Muslim world” and consisting of 57 member states, play a pivotal role in this direction? 47 years after its founding, it is a shame that the OIC has achieved little by way of furthering Muslim interests on the international stage. The OIC can still redeem itself by launching an aggressive, coordinated effort with Muslim leaders to resolve the Israeli-Palestinian conflict and end Zionist initiated terrorism. It is high time for the OIC to coordinate efforts to unify the Muslim voice to pressurise the international community to ensure respect for international law and replace the culture of appeasement, tentative attempts, and complicity with meaningful pressure and an end to impunity.

It is time for political courage and vigorous intervention to hold Israel accountable and to realise that there is no conflict but an illegal occupation that must end. Further, there is the dire need to help the Palestinians to realise their due rights to their own homeland. Perhaps the Arab peace initiative, presented in 2002 by the late Saudi King Abdullah, which called for a comprehensive peace agreement between Israel and all Arab states in exchange for a complete Israeli withdrawal from all occupied Arab territories to the June 4, 1967 lines can form the basis for a fresh global initiative to be coordinated by the OIC.

What COVID-19 has uncovered