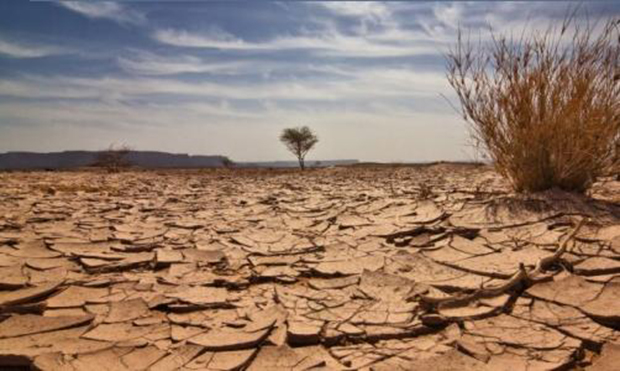 Our website Prayer Times Calculator and 2021/1442 downloadable Ramadān calendars for all worldwide locations will be live in time for Ramadān inshaAllah.

This year Ramaḍān is taking place in the early summer months, with extremely long days that may cause difficulty for some Muslims especially those who live in northern Europe. Some may express a negative attitude towards the long fasts and others might try to find excuses to avoid fasting altogether. Others may complain that there are disadvantages to fasting such long days. An underlying reason for such objections is the weakness of our belief in the afterlife that is true and everlasting.

There are many examples for us from the early generations of Muslims where they deliberated the long arduous fast. We know that Madīnah, the city of the Prophet (sall Allāhu ʿalayhi wa sallam), is a very hot place in the summer and yet it was reported that he used to fast frequently. His wife, ʿĀ’ishah (raḍiy Allāhu ʿanha) remarked that he used to fast continuously until they thought that he will not cease fasting, and likewise he used to not fast to the extent that they thought that he would not fast again. It was also narrated that Abu’l-Darda’ (raḍiy Allāhu ʿanhu) said:

His beloved wife and our mother ʿĀ’ishah (raḍiy Allāhu ʿanha) used to follow his Sunnah.

Yahya b. Abī Kathīr, a scholar from the latter era of the second generation, said:

Al-Qasim b. Muhammad, the nephew of ʿĀ’ishah, informed of ʿĀ’ishah (raḍiy Allāhu ʿanha) that she would fast on a journey in the heat. I asked, “What compelled her to do that?” He said, “She used to take advantage (of the situation).”[2]

The famous companion Abū Mūsā al-Ash’ari (raḍiy Allāhu ʿanhu) heard someone call out –  most likely from the righteous jinn – at sea: “Allāh has made it incumbent upon Himself that whosoever makes himself thirsty on a hot day, from the days of this life which are extremely hot (i.e. the peak of summer), it is a right upon Allāh that this person have his thirst quenched on the Day of Resurrection.” Abū Mūsā would search out the days that were so hot that one would feel he was being cooked, and he would fast those days.[3]

When a person feels the sweetness of being close to Allāh and starts thinking about the reality of this life compared to the reality of the second life, his or her experience of acts of worship will be very different. The physical tiredness will turn to enjoyment for the sake of whom he loves: Allāh, and His pleasure and Paradise.  Saʿīd b. Jubayr, the famous scholar and righteous person, said: When ʿAbdullāh b. ʿUmar (raḍiy Allāhu ʿanhu) was near death he said, “I have not left anything behind from this world that I am grieved to leave behind other than the thirst of the midday heat (due to fasting) and walking to attend the prayer.”[4] Similar statements were attributed to many from the early generations. For example, ‘Alqamah b. Marthad, a scholar from the latter era of the second generation, said “I do not cry about your world out of desire of it, but I cry out of missing out (because of death) on the thirst of the midday heat (due to fasting) and the winter night prayer (due to its length)”.[5]

It is amazing to know that the early Muslims competed in doing good deeds even if they were not known as scholars and were just among the lay people. Al-Bayhaqi in his book al-Sunan narrated that once ʿAbdullāh b. ʿUmar went out to the outskirts of al-Madīnah with some of his companions. They put out a dining mat when a shepherd passed by. Ibn ʿUmar said, “Come O shepherd and partake from this dining mat.” He said: “I am fasting,” Ibn ‘Umar responded, “You fast on a hot day like this while you are on these steep hillocks seeing to these sheep?” The herder replied, “I’m taking advantage of my remaining days.”[6] In a similar story, Saʿīd b. Salim said one of the noble leaders known as Ruh b. Zinba, whose father was a Companion, came to a place between Makkah and Madīnah on a very hot day. His meal was brought to him when a shepherd from the mountain approached, He said to him, “O shepherd, come and eat with me.” The shepherd said: “I’m fasting.” Ruh said, “You’re fasting in this heat?” The shepherd replied: “Should I let my days pass by in vain?” Ruh then recited a couplet: “You have used your days wisely O herder, while Ruh b. Zinba’ has wasted his.”[7]

It was attributed to Abū Dharr al-Ghifāri, the famous Companion of the Prophet who was known for his piety, that he said

The famous scholar Ibn al-Qayyim who used to speak frequently about the actions of the hearts explained how a person can carry out difficult tasks by saying “Know that a slave traverses the heights of travel to Allāh by his heart and volition and not by his body. Taqwa (piety) in reality is the piety of the heart not that of the body. Allāh says, ‘And whoever honours the symbols [i.e., rites] of Allāh – indeed, it is from the piety of hearts.’ and the Prophet said, ‘Piety is here – and he pointed to his heart’ ”. Thus the smart person can traverse a distance by sound resolve and high aspiration; and pure focus and correct intention, along with little action that is several times more compared to the distance traversed by one who is void of all this even if the latter has with him much labour and undergoes an arduous travel. Resolve and love do away with difficulty and make the journey pleasant. Advancement and being foremost in racing to Allāh (subḥānahu wa taʿālā) is only achieved by aspirations, genuine love and determination. Hence, one who possesses aspiration with little activity outstrips one who does much by many ranks. If however their aspirations are of the same level then one can outstrip another through action.

It is a sad indictment of our state that if one of us were presented by an employer with the opportunity to work day and night for a month in lieu of a luxury car and large mansion situated in a prime location, I am certain he or she would jump at the chance. Others would even complain at not being afforded this same opportunity. The reality is that if we had a strong conviction in what Allāh has promised us for fasting long days we would wish that Ramadān extended to the entire year, and with long daylight hours. Allāh says,

“Eat and drink at ease for that which you have sent on before you in days past!”[9]

“Only those who are patient shall receive their rewards in full, without reckoning.”[10]

A number of Qur’anic commentators state that those who fast are among those who are patient.

Al-Hasan al-Basri, the well-known scholar from the second generation and the one who was known for his wisdom in speech,  said: The Houra, a title of one of the beautiful women in paradise, shall say to the walī of Allāh, the righteous person, whilst he lounges with her beside a river of honey passing him a cup, “What a great life! Do you know, O beloved of God, when it was that my Lord wedded me to you?” He shall say, “I do not know.” She shall say, “He watched you on a long summer’s day whilst you were thirsty in the midday heat, and He called the angels saying “Look at My slave.  He has left his wife and pleasure and food and drink for Me out of his desire for what I have for him.  Bear witness that I have forgiven him,” and He forgave you on that day and wedded me to you.”[11]

Many of us wish that our fasts pass by easily – while we tolerate a little difficulty we expect a significant reward without the exertion of any real effort. Many people hold that fasting should be easy as they do not expect to face any hardship on the path of salvation. However, once a person prepares himself mentally and spiritually, fasting will be easy. Real strength is not of a physical nature but rather of the heart.

In addition to the above points, there are a number of things that can help people to fast long days. The pre-dawn meal (suhūr) is a main aide. The Prophet (sall Allāhu ʿalayhi wa sallam) said, “Partake in the pre-dawn meal (suhūr) for in the suhūr there is blessing (barakah).”[12] Consuming dates for your suhūr and iftār is another fundamental component. Besides being a sunnah encouraged by our Prophet (sall Allāhu ʿalayhi wa sallam), it is the experience of many people that eating dates for suhūr removes thirst, hunger and tiredness. Another practical way that may help many persons to fast long days is to be busy during the day. The best thing a person can make himself busy with during the days of Ramaḍān is reading Qur’ān, as we know it is indeed the month of the Qur’ān.

The Month of Ramadān, in which the Qur’an was revealed

If a person has a target of a good amount of the Qur’ān to read, learn or even memorise during the days of Ramaḍān, one will notice that the days are not boring and pass by quite quickly. Supplicating to Allāh is also a prime method by which to make worship easy upon the slave. Allāh says,

“And when My servants ask you concerning Me – indeed I am near. I respond to the invocation of the supplicant when he calls upon Me. So let them respond to Me (by obedience) and believe in Me that they may be guided.”[13]