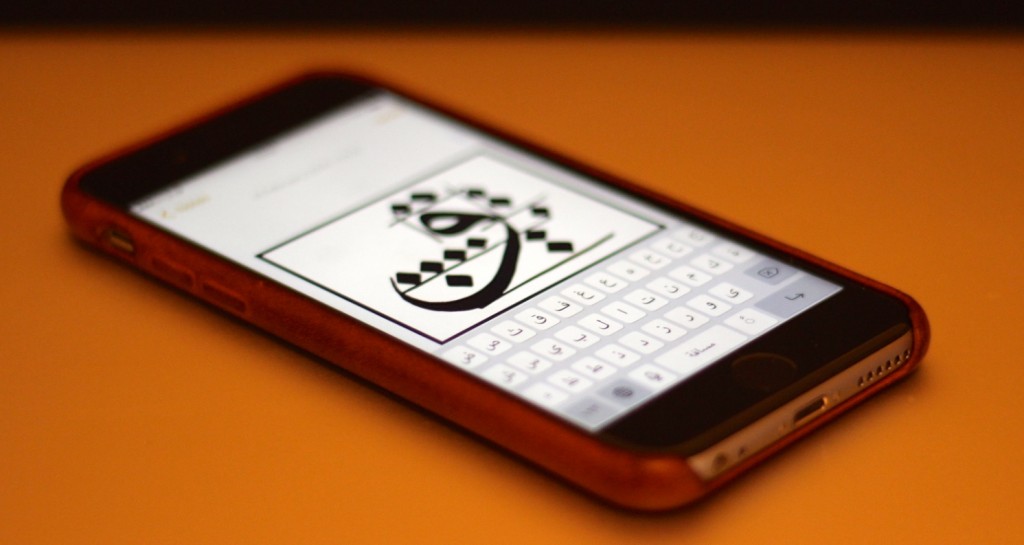 Arabic is the main surviving language of the Semitic family. It is spoken in the Arab East and Arab West, popularly known as the Middle East and North Africa, as well as in East and West Africa. It is the fourth most popular language in the world after English, French and Spanish. Arabic is the official language of the members of the League of Arab States (Arab League), which embraces 23 countries from Oman on the Arabian Sea to Morocco and Mauritania on the Atlantic. It is also spoken as the first or second language in countries neighbouring the Arab World like Chad, Mali, Niger, Senegal, Cameron, North Nigeria, South Sudan, Ethiopia, Eritrea, Western Iran, South Turkey and even in Israel where another Semitic language, Hebrew, is the first official language while Arabic is the second. In addition to this, there are Arab communities settled in Western Europe, Americas and Southeast Asia which still use Arabic in their daily lives. There are around 450 million people speaking Arabic around the world today.

Other Semitic languages which still survive to this day are Amharic, spoken in Ethiopia, Hebrew spoken in Israel, Tigrinya, spoken in Eritrea, Maltese spoken in the Mediterranean island of Malta and Aramaic spoken by some Christian communities in Syria including the famous village of Ma’lula.

During the second millennium BCE, the early Semitic alphabet emerged. This alphabet developed during the first millennium BCE when the Aramaic language held sway over the area now known as Middle and Near East. Aramaic was the language of Jesus Christ and in it he uttered his famous saying when he was arrested by Roman soldiers, Eli, Eli lima sabakhtani (My God, My God, why have you forsaken me). Aramaic remained the language of Christian rituals until the fifth century CE. Arabic language, as we know it today, evolved in the beginning of the first millennium CE and had fully developed by the time the Qur’ān was revealed in the seventh century CE.

The Arabs were proud of their language and thought that they alone are able to clearly express themselves. Hence, they called non-Arabs as “’Ajam,” literally: people who are not able to speak or express themselves properly. Arabic was a highly developed language when the Qur’ān was revealed to the Prophet Muhammad (peace and blessings be upon him). It had famous poets whose poems were written on parchments and hung on the walls of the Holy Precinct in Mecca. Hence they were called “al-Mu’allaqāt” (the Hung). The most famous are “al-Mu’allaqāt al-Sab’ah” (the Hung Seven) by poets like Imra’ul-Qais whose poetry can match the best in world history. This pre-Islamic poetry is still a benchmark of Arabic grammar and lexical semantics. Arabic grammar too was fully developed just before the revelation of the Qur’ān. The dialect spoken by the tribe of Quraish in Mecca was considered to be the purest and most developed. Other Arabs understood it. The Prophet (peace and blessings be upon him) used to visit the famous seasonal souqs (markets) of Arabia, which attracted Arab poets and orators, where he recited verses of the Qur’ān and called people to Islām. We find no indication in history books that Arabs ever complained that words uttered by the Prophet (peace and blessings be upon him) were unfathomable to them.

The Arabs describe their language as the “Language of Ḍād”. Ḍād is a peculiar sound and letter used by the Arabs alone. Arabic is unique in the usage of systematic, three-character roots (jidhr) of words which are mathematically used to coin hundreds of words, nouns and verbs. A person well-versed in Arabic will readily understand the meaning of any particular shape based on the three-character root.

After the advent of Islām, Arab conquests and Arab tribes’ migrations to conquered areas, Arabic spread to other regions including territories where other Semitic languages held sway. As a result of conquests and migrations, Arabic spread to all parts of North Africa from Egypt to Morocco and Mauritania and even to Andalus where it flourished for seven centuries. Some of the best Arabic works on literature and Islām were written in Andalus.

Non-Arabs contributed immensely to the richness of Arabic during the Umayyad and Abbasid periods. They translated into Arabic important books from Greek, Persian and Sanskrit and enriched the language in many ways. Sibawaih was the greatest Arabic grammarian while Ibn Al-Muqaffa’ remains one of the best classical writers of Arabic prose and both were Persians. Indians too contributed much to Arabic. One of the important Arabic lexicons which is popular to this day is Tāju’l-‘Arus fi sharh al-Qāmus in ten volumes by the Indian scholar Sayyid Murtada ibn Muhammad al-Bilgirāmi al-Zabidi (d. 1205H/1790 CE).

Arabic consists of 28 characters (or 29 if hamzah too is counted). It is written from right to left like Hebrew, while most other languages are written from left to right. Arabic calligraphy is the most developed form of writing any language. There are dozens of styles of writing Arabic characters. One of them is the Persian script which was adopted by Urdu. The great painter Picasso was so overwhelmed by the beauty and versatility of Arabic calligraphy that he is reported to have said that he would not have taken to painting had he seen Arabic calligraphy earlier.

As a result of official patronage and usage by a large part of humanity, Arabic became an accomplished tool to express and describe religious, scientific and philosophical ideas. Arabic, which was merely a language of poetry and oratory of pre-Islām Arab tribes, developed into a language of arts, science, medicine and philosophy within two centuries after the advent of Islām. Arabs started writing books within a century of the advent of Islām. Since the second century of Islām, hundreds of thousands of books were written in Arabic on all possible subjects and topics. Many of these books are still preserved and used by scholars.

Being Islām’s official language benefited Arabic greatly. Many Islamic rituals cannot be performed without reading Qur’anic verses and supplications in Arabic. Thus every Muslim in the world knows a bit of Arabic. Over the centuries some eastern churches, like the Coptic Church, adopted Arabic as their official religious language. Jews of the Arab world too adopted Arabic. Their scholars like Musa ibn Maimun (Maimonides) wrote their Jewish masterpieces in Arabic. Ibn Maimun, who lived in Andalus, was such a great scholar of Judaism that Jews used to say, “From Moses to Moses there is no one like Moses”.

Arabic spread all over the old world from Venice in Italy to Canton in China as the language of science, medicine and commerce. This continued until the beginning of the colonial onslaught in the 16th century CE which broke the Arab control over maritime trade by attacking Arab commercial ships and looting them in open seas.

During that long period numerous languages across the world were influenced by Arabic. Countless Arabic words were borrowed by foreign languages like English, French, Portuguese, Spanish, Sicilian and Albanian. Some languages like Persian, Urdu, Pashto, Kashmiri, Tajik, Turkish, Kurdish, Hebrew, Somali, Swahili, Tigrini, Tigri, Oromian, Fulani, Hausa, Maltese, Bhasa Malayu, Divehi and others, borrowed more than 30 percent of their vocabularies from Arabic. Many also adopted the Arabic script. Even Sanskrit, Tamil and Malayali were written in the Arabic script at some point in their history. Some of them still use the Arabic script like Persian, Urdu, Kashmiri, Pasthto, Sindhi, Tajik, Eastern Turkistani, Kurdish and Bhasa Malayu as used in Brunei, Acheh and Java. Some of them introduced little innovations to include local sounds like چ ,گ , ڑ , ڈ ، ٹ , and so on, in Urdu.

Due to the vastness of the regions which adopted Arabic, local dialects of Arabic also emerged. Today, there are distinct Egyptian, Moroccan, Algerian, Tunisian, Sudanese, Iraqi, Syrian, Najdi, Hijazi, Yemeni and Khaliji dialects but the written Arabic is the same.

Arabic received a setback as result of the Crusades, Tatar/Mongol invasions, Turkisation (Tatrik) during the later period of the Ottoman State and the advent of the western colonialism which brought its own languages. These forces tried hard to destroy Arabic and succeeded in their endeavours to an extent. The advent of modern printing and spread of modern education in Arab countries stemmed this process as Arabic books became easily available everywhere. Soon magazines and newspapers too appeared in Arabic since the seventeenth century. Today, Arabic stands among the major languages of the world. It is being used effortlessly to describe and express all forms of human experiences and knowledge. Flexibility of Arabic is such that new words are being coined on a daily basis to keep up with the human progress in all fields. The three-character root formula comes very handy to help coin new words and terms which are easily understood by an Arabic reader.

Due to the importance of Arabic in the contemporary world, the UN General Assembly decided on 18 December, 1973 to adopt it as an official language of the UN in addition to English, French, Chinese, Spanish and Russian languages. In 2010, the UNESCO decided to celebrate this day, 18 December, as the Day of Arabic with a view to encourage its appreciation and use worldwide. “18 December” is the same day when UN General Assembly had adopted Arabic as an official language of the world body. Ever since, this day is celebrated worldwide in the form of cultural activities, literary and music evenings, exhibitions, contests, conferences, food festivals, theatre and film shows, and so on.

I feel that the Arabs today suffer from a sense of self-sufficiency as far as Arabic is considered. They have no enthusiasm to spread their language beyond their borders and do not encourage or recognise non-Arabs who contribute to Arabic. Here in India, we see many countries open cultural centres to propagate their cultures and languages, like UK, France, Germany and even Iran, which makes great efforts to teach Persian to the Indians. Not long ago, we saw the German ambassador trying undiplomatically to influence the Indian government to teach German in Indian schools. No such plan or effort is seen from any of the 23 Arab countries or even the Arab League which all maintain missions in Delhi. We did not hear even a whisper from the Arab ambassadors when in 2013 the Indian government deleted Arabic and Persian from the list of languages approved for the civil service examinations.

A number of important languages including Arabic have suffered as a result of the fast technological advancement after the emergence of the Internet and allied services which mostly use English. Yet, we should concede that the Arab people and governments have taken great pain to ensure the presence of Arabic on the Internet. Today the Internet contains huge treasures of Arabic poetry, literature, history, dictionaries and basic sources of Islām. Likewise, all Internet applications are available to the Arabic-users.

Despite the current challenges, I see a great future for the Arabic language. Here in India too we should pay due attention to modern Arabic in order to connect with the rich Arab World and benefit from the huge opportunities it offers our people in terms of employment, exports and joint ventures.

Dr Zafar-Islam Khan is an author and journalist based in New Delhi. He is currently editor and publisher of The Milli Gazette which focuses on issues concerning the Muslim community. He is also the founder and chairman of Charity Alliance, author and translator of over 40 books in Arabic, English and Urdu and has contributed to the Encyclopaedia of Islam. He is a regular commentator on Al Jazeera and BBC Arabic and his writings appear in Arabic newspapers and magazines. He has been consecutively been elected as President of the All India Muslim Majlis-e Mushawarat.