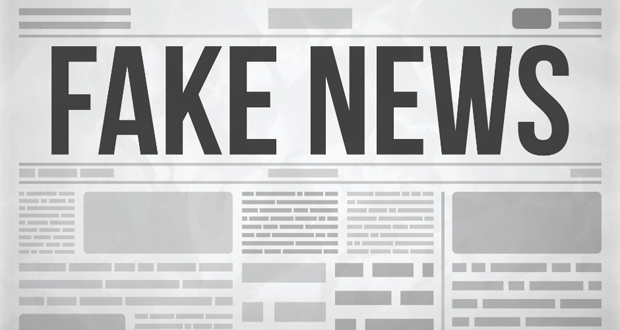 6You who have faith! If a deviator brings you a report, scrutinise it carefully in case you attack people unwittingly and later deplore what you have done.

“You who have faith!” having believed in Allāh and His Messenger “If a deviator” someone who has stepped outside the bounds of the Sharīʿah, “brings you a report, scrutinise it” investigate and establish the truth “carefully” rather than accepting it unthinkingly and hastily believing it without careful forethought and investigation “in case you attack people” treating them coarsely and harshly: the consequences of ignorance (jahl) “unwittingly” without knowledge (ʿilm), patience and discernment (ḥilm) “and later deplore what you have done,” after seeing the damage you have wrought.

Due propriety with the Messenger (sall Allāhu ʿalayhi wa sallam) is not enough to establish a strong society, Muslims must act with propriety amongst themselves as well, this is the only way that brotherhood in faith and love can be engendered. Hence, the narrative now moves to correct some of the most harmful traits present in people when dealing with each other in general. Reports should be verified, the Messenger (sall Allāhu ʿalayhi wa sallam) should be referred to and his judgment should be followed, even where it does not accord to one’s own desires. False reports bring about animosity and can upheave society itself.

This is the third time in this Sūrah that Allāh address the Muslims with the term of faith, yet again highlighting that what follows the vocative is something we should pay attention to and implement in our lives.

The word fāsiq used in this āyah is the opposite of ʿādil (just). It signifies deviation from the straight path and someone who has left the boundaries of the Sharīʿah.[1] Ibn Zayd said that fāsiq refers to a habitual liar (kadhdhāb). Abū’l-Ḥasan al-Warrāq said it was someone who openly sins. Ibn Ṭāhir said it refers to someone who has no shame of Allāh.[2] These are all case examples of the essential meaning of the word.

Walīd was therefore referred to as a fāsiq, i.e. a liar (kādhib) in this case,[6] but by way of warning and stressing the possible outcome of such an act. This is because he was a Companion and therefore a man of justice and integrity.[7] So what is emphasised here is the danger of rushing to a conclusion in this way and then passing it on.

Spreading rumours and gossip is incredibly dangerous. It destroys reputations, breaks down relationships and can upheave society itself. We are living in times where such acts have become very common, where people are losing basic decency and chivalry, and where the tabloid press thrives on such news. Therefore, the believer should receive such gossip carefully, first verifying the truth of it before deciding if there is any benefit in passing it on; and in most cases there is not. In the Qurʾān we find that Allāh harshly critiques those who spread rumours without verification.

Whenever news of any matter comes to them, whether concerning peace or war, they spread it about; if they had referred it to the Messenger and those in authority among them, those seeking its meaning would have found it out from them.[8]

If the hypocrites, the sick at heart, and those who spread lies in the city do not desist, We shall rouse you against and then they will be your neighbours in this city for a short while.[9]

The Muslim is intelligent and deliberate in what he does. He does not rush headlong thoughtlessly into something without due consideration,

You who have faith, be careful when you go to fight in Allāh’s Way, and do not say to someone who offers the salām, ‘You are not a believer,’ out of desire for the chance gains of this life. – Allāh has plenty of gains for you. You yourself were in the same position but Allāh was gracious to you. So be careful: Allāh is fully aware of what you do.[10]

Allāh’s Messenger (sall Allāhu ʿalayhi wa sallam) said, “Deliberation and forethought should go in everything except for deeds pertaining to the Hereafter.”[11] “Deliberation is from Allāh and haste is from Shayṭān.”[12]

Both the words fāsiq and nabaʾ in this āyah are indefinite nouns and therefore treated as unconditional (muṭlaq),[13] i.e. any fāsiq who comes with any news should be verified.

It is interesting to note that Allāh does not tell us to reject their narration without condition, no matter what; rather He asks us to investigate, because there is the possibility that it be true.[14] Indeed, Ibn al-Qayyim points that it is possible that a fāsiq be truthful and take pride in telling the truth, and his deviation lie in another area. We should be nuanced in our analysis of people and not fall for stereotype and prejudice.

We also learn that the report of a trustworthy individual is accepted, in general, since Allāh ordered the investigation of the reports of an open sinner.[15] Conveying something accurately and honestly is a trust, and openly sinning is a sign strongly suggesting that such a person cannot be trusted.

However, even if the person is trustworthy, his report can be rejected in certain circumstances. If there are indications that something is odd such as the reports contradicting established fact, or contradicting the reports of other trustworthy individuals, the report in question can be rejected. Even truthful people can make mistakes. One time the Prophet (sall Allāhu ʿalayhi wa sallam) prayed Ẓuhr as two rakʿahs and then completed it with the salām. One of the Companions, nicknames Dhū’l-Yadāin, asked, ‘Messenger of Allāh, has the prayer been shortened or have you forgotten?’ The Prophet (sall Allāhu ʿalayhi wa sallam) first asked the others if what Dhū’l-Yadain said was correct, and after ascertaining the truth of what he said, he completed the prayer.[16] The point being that here, the Prophet (sall Allāhu ʿalayhi wa sallam) did not unconditionally accept the report of a trustworthy individual due to the existence of external factors that gave rise to the need to investigate further.

The āyah shows us that we should avoid things that lead us to regret later on, such as the regret for sin.[19]

Also, what is prohibited in this āyah is acting on ignorance and unverified reports, it does not condemn building on ghalaba al-ẓann such as accepting the testimony of two witnesses or the opinion of a mujtahid scholar.[20]