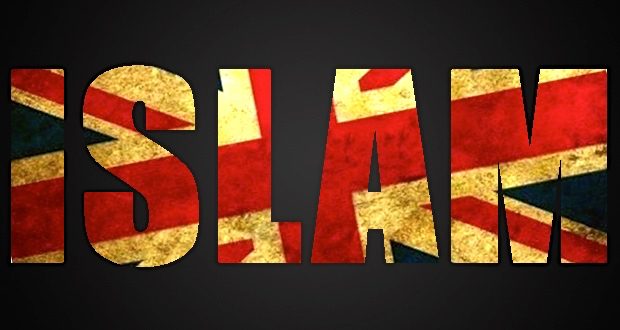 British Islam? What next, a King James Quran?

One reason Muslims do not have a well-defined leadership in the UK may be due to the fact that the more credible and popular a scholar becomes, the more he or she seems to be attacked by some servile sections of the government and media. One could be forgiven for assuming this strange coincidence were in fact in order to silence them as much as possible and hope other Muslims become afraid to follow them. It looks very much like some people really do not want Muslims to be very Islamic.

This is all very inconsistent with the letter we received recently from Eric Pickles MP and Lord Ahmed praising Muslims contribution to their country “with your message of peace and unity, making our country a better place”.[1] But then I noticed they were not referring to Islām but repeatedly to “British Islam”. I should have guessed. Diversity is not something some would allow for Muslims; for us it is forced conversion to Britishism. Helpfully they provided details of where to report Anti-Muslim Hatred on the very same letter.

It starts with the media who cut and paste and distort to condemn normal Islamic practices as “extremism”.[2] They can operate without ethics or honest representation but this is the forerunner to the legal lines being drawn once popular opinion has been formed. The tactic is divide and rule, as usual. Fundamentalist secularists say “We like British Islam, you are welcome to practice British Islam here, it is only extreme Islam we are criminalising.” And they will tell us which bits of Islām and which Muslims they have decided are extreme, and then demand we condemn it ourselves. “But you condemn extremism don’t you? Say it then. Louder.”

Let’s face it; the natural preference of many a secularist is for “religion”—a laughably arbitrary term in which they might include Islām—to have no influence on society. We should not be surprised or take it personally that the fantasy of our secular government, the orthodox media and much of the public is that what was so successfully done to Christianity, which once led and formed this country’s history, can be done to Islām until it is a vague shadow of its former self to be practised in private by people who no more than whisper that they have faith (something a lot of Christians literally do, I notice).

The bad news for secularists is there can be no ‘King James Qur’ān’ telling Muslims how to practise ‘British Islam’; it is simply impossible. But still they hope that this can happen and in the style of any other regime-change attempt, they bully and try to discredit genuine scholars of Islām and simultaneously promote puppet sycophantic Muslims as would-be leaders. These sycophants sell their ‘Reforming Islam’ service by claiming they know the magic formula of how to meet half-way and please both sides as peacemakers. Naturally the secularists are delighted at any person claiming to be religious yet willing to give up their religion, but the Muslims have been warned of this type of person:

“And of mankind, there are some [hypocrites] who say: “We believe in Allāh and the Last Day” while in fact they believe not. They [think to] deceive Allāh and those who believe, while they only deceive themselves, and perceive [it] not! In their hearts is a disease [of doubt and hypocrisy] and Allāh has increased their disease. A painful torment is theirs because they used to tell lies. And when it is said to them: “Make not mischief on the earth,” they say: “We are only peacemakers.” Verily! They are the ones who make mischief, but they perceive not. And when it is said to them (hypocrites): “Believe as the people (followers of Muhammad (sall Allāhu ʿalayhi wa sallam)) have believed,” they say: “Shall we believe as the fools have believed?” Verily, they are the fools, but they know not.”[3]

The British Empire had a long history of trying to find Muslims who are willing to be less ‘Islamic’ and trying to encourage more of it. Minority Muslim sects tried to raise their status by cosying up to the Raj and still do. Additionally we now have those paid sycophants, pockets stuffed with cash and pushed to the fore in the vain hope they will be more influential than the revelation from Allāh (subḥānahu wa taʿālā). What a sad waste of tax-payers’ cash in these times of austerity.

The reason this cannot work is each compromise (abandonment of the religion) suggested by any minion might sit fine with one section of the Muslims but is going to offend the other sections until fairly quickly every section has dismissed them; evidenced by the complete dismissal of well known ‘counter extremism’ think-tanks. It is not smart to expect a faith community to unite by what is removed from their faith and thankfully the Muslims seem to agree that we would rather have no leaders than leaders who lead us away from our dīn.

The diverse British Muslim community, with Muslims from every Muslim nation on earth, with their divergent cultural habits, added to new Muslims who will naturally have no reason to follow others’ cultural habits, will only usually agree on what it is impossible to disagree on: if something is undeniably there in black and white and credible, from the very sources of Islām. ‘Evidence Based Islam’. Because of this diversity I expect Muslims in the UK are only ever likely to unite on straightforward, classical Islām.

That is not to say that Islām is not flexible enough to have relevance to living in the UK, as Islamic rulings take into account context of place and time. We can do ‘Adaptation to Britain 2015 while maintaining the essential integrity of the complete religion of Islam’, but a modified religion created by man to fit seamlessly with the Tories’ ‘British Values 2015’, and then ‘British Values 2016’, and so on, is no religion at all.

So, where will the secularists get their “evidence” to define the boundaries of the “mainstream Islamic practice” with which they will try to define a minimalist British Islām, and can we influence it? The sad truth is any one of us could be inadvertently giving our religion away when, through insecurity or ignorance, we do not practice it fully. A good case to mention albeit apparently somewhat trivial to some is free mixing between the sexes/gender segregation, a practice also adopted many other faiths. It is understandably difficult to adhere to the practice when it can sometimes seem to cause offence, especially in situations where it is not possible to discuss how wise it is and beneficial it would be for society for us all to draw a line and stick to not freely mix with members of the opposite sex who we are not related to.

It really is a bit patronising to assume that most people in the UK could not handle this amount of unusual behaviour once it is explained to them, especially when it is a practice followed by other faiths in the UK; but the trouble starts when the next Muslim they meet openly mixes with the opposite sex. To add insult to injury, that second person might even claim that actually in their Islām it is perfectly acceptable. Now in the non-Muslim’s mind there are two types of Muslim and two types of Islām.

It is natural that seeming to have a choice between an ‘inflexible Islam with Muslims who take it too seriously’ or ‘flexible Muslims with their flexible Islam’ the non-Muslim will prefer the latter and whereas they would have easily got used to gender segregation for example if all Muslims stuck to it, now it appears the first Muslim is being unnecessarily—here that word comes—extreme. The same can be said of beards, hijābs, touching the opposite sex, praying within the prescribed times, views on evolution, Christmas, and so on. The more we give up of our religion out of a desire to fit in and have an easy life, the more abandonment will be expected of all Muslims and the greater the proportion of our religion will be labelled: “only practised by Extremists”.

Then consider our Imāms and scholars and the effect this will have on their ability to take up position as our leaders. They are the more knowledgeable and, we hope, further from abandoning anything of the religion. They can be heard time and again denouncing violence and reminding Muslims to be moderate in all things including religion but that is clearly not enough. We are not talking about anti-terrorism any more, that was just to get us here, now it is anti-Islām time. Our secular leadership seem to believe monocultural stagnation is desirable, the present is perfect and different ideas must be banned from these shores.

The right to practice religion is still enshrined in law but this is a classic case of if we don’t use it we’ll lose it. While these definitions of what constitutes acceptable Islām vs. extremism are being drawn up there is an urgent need for us to defend our religion and scholars by being closer to them than ever. To visibly practice and verbally defend Islām as fully as we can and of course show there is only positive in that. Any time we leave or deny a piece of the religion by well-intended, middle ground seeking, peace-making, embarrassment avoiding, easy-life preferring answer-fudging; we risk losing the right to go back to it and to some degree we will have ourselves to blame when our scholars are labelled “preachers of non-violent extremism”.

Any new interpretation of Islām based on non-practice of the teachings will of course be laughably weaker than the perfect religion of Islām as revealed, but let us not make it easy for them to make life hard for us. Let us take this opportunity, as we can see this situation so clearly unfolding, to raise our standards and unite on the evidence-based practice of our dīn. In shā Allāh the policy makers will give up on this British Islām fantasy eventually, they may even realise that the benefits of Islām, for us and them, are only in the complete Islām and that there is nothing to fear if they are truthful.

Previous: Ramadan was a reflection of who you really are
Next: Wealth does NOT mean Allah loves you