The Extremism of David Cameron 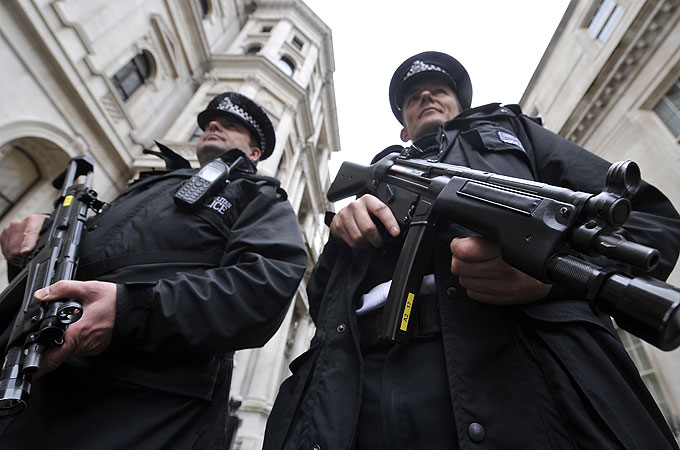 David Cameron has surprised the Muslim community once again by defending more measures designed to “tackle Islamist extremism”,[1] based on the apparent utter obliviousness that we have all come to associate with career politicians.  His “Task Force on Tackling Radicalisation and Extremism”, set up after the death of Lee Rigby earlier this year, has this week published a report outlining fresh measures for “countering extremist narratives and ideology”, “preventing radicalisation”, “stopping extremism in institutions” and promoting “integration.”

Although on paper these slogans might seem harmless to your everyday citizen, the report—which offers absolutely no evidence to back up its sweeping generalisations—has attracted criticism from activists and academics from both within the Muslim community and wider society. Fiyaz Mughal, director of Tell MAMA, a public service for measuring and monitoring anti-Muslim attacks, said that he has asked extra staff to be on standby because of an anticipated surge in hate attacks against Muslims.[2]  And why wouldn’t he, when the report reinforces a range of sensationalist false narratives that fuel community tension?  Dr Chris Allen, an Islamophobia expert at Birmingham University stated, “the more the lens is turned on the Muslim community, the more society begins to think, ‘there’s no smoke without fire’.”[3]

No matter how hard some sections of society would like to paint the Muslim community as having a problem with extremism, the facts speak for themselves.  The Islamic Human Rights Commission issued a press release stating, “We are worried that the counter-terrorism agenda is increasingly being used as an instrument of oppression against the Muslim community.  According to Europol less than six per cent of terrorist acts across the continent year on year for the last 10 years have been carried out by Muslims.  If the government was being sincere in its opposition to extremism we would expect these new measures to impose similar restrictions on other extremists.”[4]

Leaving aside the obvious increases in anti-Muslim sentiment, it would be helpful to try and make sense of the intended purpose and desired consequences of the report.  This move by the government might be seen as another step in the direction of the Orwellian ‘Thought Police’ picture that Theresa May and company have painted over the last few years by banning speakers, censoring dissent and labelling ‘unpatriotic’ and ‘radical’ the non-violent criticism of the Establishment.[5] The report might also be seen as a sincere attempt to increase national security and reduce the risk we face of being harmed.  However, before trying to navigate this terrain, any sensible person would seek to define exactly who the new “enemy within” is; what do we mean by “extremist”?

The report offers the government’s definition of extremism, as of 2011.  “Vocal or active opposition to fundamental British values, including democracy, the rule of law, individual liberty and mutual respect and tolerance of different faiths and beliefs.  We also include in our definition of extremism calls for the death of members of our armed forces, whether in this country or overseas.”[6]  It then kindly redefines the recipe for an Islamist extremist: a rejection of “liberal values such as democracy, the rule of law and equality”, with a dash of “uncompromising belief that people cannot be Muslim and British.”  The report outlines new powers given to institutions, local authorities and politicians to ban these “extremists” from speaking publically, even over the internet.  All this to prevent them from radicalising the apparently mindless Muslim masses that, as its authors would have us think, must toy with the thought of blowing themselves up daily whilst browsing through YouTube.

One of the many unsettling issues with this is that these so-called extremists may never even hurt a fly, nor even break any law.  The report complains that “It is often too easy for extremist preachers and groups to spread extremist views which can lead people into terrorism, while at the same time being careful not to contravene existing laws on incitement to violence or glorifying terrorism [emphasis added].”[7]  As if the current hijacking of these existing laws leading to a McCarthyite silencing of dissent from Muslim speakers, academics and activists was not enough, the report suggests extra measures to ban even more people from what is, in essence, articulating their opinion.  This also shows that the government has disregarded the mass confutation of the bogus and widely-discredited “conveyor-belt theory” it has been fed by neo-con think tanks.  As the former CIA officer Marc Sageman—who also advised the New York Police Department and testified in front of the 9/11 Commission—states, this fallacious theory is “the same nonsense that led governments a hundred years ago to claim that left-wing political protests led to violent anarchy.”[8]

Another issue that cannot go unappreciated, is the almost-enjoyable irony of a person declaring extreme the opposition of “fundamental British values” like democracy, the rule of law and liberty when, his unelected administration has been involved in, if not directly responsible for, the illegal arrest, rendition and incarceration—sometimes for years—without trial [9], of dozens of ‘suspected terrorists’, and the selective extradition of Muslim suspects[10], not to mention the effective suspension of the presumption of innocence of the accused[11]; fundamental British values dating back to the Magna Carta. To add the icing on the cake, the Prime Minister made these statements not whilst in the Houses of Parliament, or any other great British beacon of democracy and liberty, but from communist China, whilst on a trade mission to negotiate deals with its Britain-bashing leaders.[12]  Speaking of McCarthyism, the cherry on top has to be the brilliant coincidence of the release of the report with the Home Affairs Committee MPs’ quizzing of Guardian editor Alan Rusbridger’s patriotism, wickedly asking him if he ‘loved’ his country, after his paper published a series of stories highlighting some of the illegal and otherwise unwholesome activities of the British and US intelligence agencies, thanks to leaks provided by the now-fugitive whistle-blower, Edward Snowden.[13]

It is possible, after all, that the report, however unrealistic and oblivious to reality it may seem, seeks to seriously and pragmatically address a hatred of ‘the west’, which could indeed lead to acts of terrorism on our soil.  It begs the question, however: why go about it in such a seemingly reckless fashion?  It wasn’t long ago that Britain set an example to the world of how to deal with terrorism effectively when it came to the IRA.  Addressing the core political grievances of would-be terrorists by opening lines of communication with your political dissidents would seem like a much more logical step to prevent terrorist attacks. If that is, in fact, their primary goal.

The uncomfortable fact here, is that the ‘extremists’ of today do not fall neatly within the job descriptions we’ve been given for them.  Rather than carrying black flags and shouting “Death to America!” driven by an alleged inherent hatred of freedom, the “extremists” are beginning to articulate their own criticisms of ‘the west’, and get their own voices heard.  Worryingly, though, David Cameron et al. seem to have a selective hearing impairment when it comes to these nuances.  Very few people in the public eye seem to echo a realistic and evidence-based agenda for countering terrorism.  As Michael Scheuer, the former head of the CIA’s Bin Laden-tracking unit and the author of three acclaimed books on al-Qaeda, said, “I don’t think there are a lot of people who want to blow themselves up because my daughters go to university…. People are going to come and bomb us because they don’t like what we’ve done.”[14]  It still remains an indisputable fact that there were no “Islamist” attacks in Britain before 9/11.

It seems like certain factions of our society will try anything and everything—even desecrate the very freedoms they claim to fight for—to silence the voices of extremists.  As Isabella Sankey, director of policy at Liberty, states, although it is important to confront “ugly ideologies across the spectrum”, driving the so-called extremists underground “does nothing to expose their beliefs and only acts as another recruitment tool.  You cannot protect our democracy by shutting down the very freedoms that sustain it.”[15]  It will not come as a shock that the Prime Minister does not want some beliefs to be exposed in the first place.  The publication of the report during the Lee Rigby murder trial highlights the task force’s expediency and unwillingness to listen to or learn from the trial’s conclusion. Perhaps the desire to capitalise on the heightened tensions at the time of the trial outweighed the desire to learn from it.

If David Cameron and his administration truly wish to make us safer, then they need to realise it won’t happen by outlawing dissent further, and treating criticism like treason. As Owen Jones of The Independent eloquently put it, “Patriotism is not the same as spineless adoration of the Establishment.”[16]  Declaring extreme—let alone banning—people that criticise the actions of our governments without calling towards violence or irrational hatred will not make us safer; rather silencing them and preventing genuine open engagement with the grieved will only lead to further alienation and disenfranchisement, which are necessary preconditions of lone wolf attacks such as those that seem to have occurred in Woolwich—attacks which no amount of surveillance or reduction in civil liberties can ever prevent fully.  We will probably never know what the intent behind the report was, but we do know that in order for the likes of David Cameron to be taken seriously, they will have to come out of their ivory towers and engage with the Muslim community genuinely, in a non-patronising and sincere way and, dare I say it, ditch their neo-con advisors or ‘Islamist extremism’-manufacturers that seem to be taking them for a ride.  He is the head of a government that engages in violence overseas in the name of freedom, whilst deciding to restrict freedoms at home out of fear of violence.  Where will continuing along this path of censorship and restriction of freedoms of speech take us? Whilst pondering over whether or not to write this, I could not shake the memory of the quote from George Orwell’s 1984:

Whether he went on with the diary, or whether he did not go on with it, made no difference. The Thought Police would get him just the same. He had committed— would still have committed, even if he had never set pen to paper— the essential crime that contained all others in itself. Thoughtcrime, they called it. Thoughtcrime was not a thing that could be concealed forever. You might dodge successfully for a while, even for years, but sooner or later they were bound to get you.

Share. Facebook Twitter LinkedIn Email Telegram WhatsApp
Previous ArticlePrime Minister’s Task Force on Tackling ‘Extremism’
Next Article How should we respond to the death of Mandela?