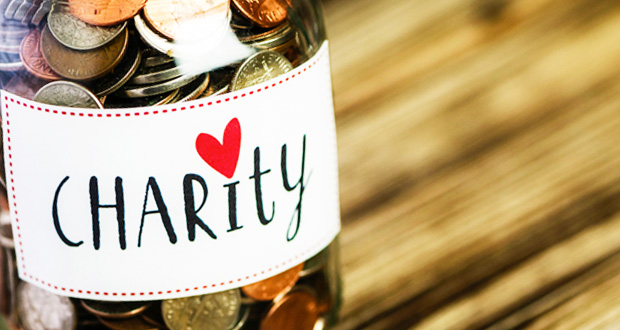 It is often said that charity begins at home. Although this famous proverb is neither an āyah or a ḥadīth, such that it has a legislative impact on the lives of Muslims, it provides great food for thought in relation to how we view and execute charitable giving.

The ummah of Muḥammad (sall Allāhu ʿalayhi wa sallam) is extremely generous in giving to charity. Last Ramaḍān alone, Muslims in Britain alone gave an incredible £100 million in charity, which equates to £38 a second.[i] Whenever there is a worthy cause there is never a shortage of generous donors, yet some misconceptions persist.

Firstly the discourse on whether to give locally or globally is often pitched as binary options. The fact is, there is enough money and generosity to go round. One of the issues that Muslims often grapple with is, are there Muslims in need of financial support locally?

Some argue that there are no worthy recipients of our charity locally so, by default, all of our money must be donated abroad.

It is my contention that we must not turn this important issue into a zero sum game, where the donation made locally is a loss globally or vice versa.

Rather our primary cue for acting or not has to come from what Allāh, Ash-shārʿi (the Legislator) has legislated for us.

There are a number of realities the sharīʿah has defined, which can help us reach a balanced understanding of what we must strive for in relation to charitable giving.

We are one ummah, in our mutual love and concern for each other; we are reminded that we are like the proverbial body. If one part of that body is in pain,[ii] it is impossible for the rest of the body to simply ignore it, the rest of that body will also suffer pain and agitation, concerned with easing that pain through mutiple, permissible means with a sense of urgency. Part of which is the selfless charity to help parts of our ummah who, though they may speak different languages to us, eat different foods, look differently from the way we do, are our brothers and sisters, irrevocably connected to us on account of the ties which bind us – our Islām.

So, Syria matters, Palestine matters, Somalia matters, Kashmir matters, Burma matters, CAR matters, Yemen matters and anywhere else where a part of our ummah is in pain matter as the concept of ummah transcends the boundaries of the modern nation state.

As well as tirelessly striving to support the ummah in need globally, the sharīʿah also obliges us to take care of the needs of our neighbours. We are warned not to satisfy our hunger whilst our neighbours are deprived of food,[iii] to add extra water to the broth (curry) we are making for our own families so that its benefit extends to our neighbours,[iv] indeed the Messenger of Allāh (sall Allāhu ʿalayhi wa sallam) observed that he was being asked by Jibrīl (by way of revelation/inspiration from His Lord) to take care of the needs of his neighbour to such a degree that he felt he was going to be asked to make his neighbour a beneficiary in his will.[v]

We must therefore take a balanced view that reflects the many dimensions that exist regarding charitable giving both internationally as well as locally.

The question many ask regarding giving locally is, how can we give locally when there are no needy people in this country. This point of view is premised on a narrow view of charity not necessarily reflected in Islamic texts. For example, I used to work for a charity supporting homeless people, refugees and families on a low income. Donors would often assume that the people we supported came out of a Dickens novel, dirty, dishevelled and in patchwork clothing. (That is why aid charities often use a picture of a child with a dirty face on their marketing materials.) Yet many of the people we helped were from the hidden homeless, those people that sofa-surfed (lived on the sofas of friends) or lived in temporary or overcrowded accommodation. It is clear that just because someone may not look in need, it does not mean they are not struggling to put a meal on the table.

We often hear people arguing that we have a benefits system which acts as a safety net to catch those in need. Yet, far too many people are oblivious to the difficulties many families face.

The situation for many families in low paid jobs is so fragile that a small disruption could turn their lives upside down. The death or arrest of a breadwinner, the loss of a job, an unexpected need that catapults a family from ‘Just About Managing’ to on the breadline, it may not be a huge change in the grand scheme of things but it can have a dramatic impact on a family.

Other factors which families have to contend with are:

More than £2.3 million families live in fuel poverty, that equates to 1 in 10 households in this country.[vi] In effect, this forces families to decide whether they should pay for heat or for meat. Many have to make these tough decisions as the cost of bills increase whilst wages and benefits remain frozen.

The single greatest expense for families is rent. Rising rent prices and benefits caps has forced many to cut back on basic costs, get into debt or get extra support from food banks. The benefits cap in many cases reduces the amount of housing benefit a family receives, for households with a single parent this can mean finding an extra £50-£100 a week to cover the shortfall in rent, that money has to come from somewhere, such as the money budgeted for food or gas/electricity bills.

The increased poverty in our communities has meant that, year on year, the number of families accessing food banks is increasing. This has been exacerbated by the delay in Universal Credit payments.[vi]

The question we should ask ourselves is, are we certain that those who live with us in our local community are fine? If we understand the Islamic definition of poverty as the inability of a person to meet their basic needs, it is not always obvious that a person is poor or in need or in debt, three of the categories of zakāt. If a family has been hit by an emergency, or a change in their circumstance that has a dramatic impact on their financial position, there may not be family around them that are able or willing to help them.

In light of this, charity is not merely the art of giving, there has to be an element of understanding the needs of our neighbours (those who live in our communities starting with those closest to our front doors). How can we discharge our responsibility to our neighbours if we do not seek to know what their circumstances are? It is not always the case that people will advertise their poverty, crippling debts or changed situation, most people are too ashamed to ask for help especially to those close to them from whom they fear judgement and censure. The widow who has lost her husband, her only breadwinner, filled with grief and concern for her children may not come forward of her own voilition. The family who has a husband or a father arrested under anti-terror legislation may be frightened to tell others for fear of being stigmatised.

The reward for removing a difficulty from another Muslim is so great in the sight of Allāh that, if we truly understood its value, we would do nothing besides that.[vii]

It is not a matter of merely poverty alleviation, but there is a question of developing the capacity within our community to meet the myriad challenges we face. Whether that is in challenging Islamophobia, counteracting the PREVENT agenda, carrying the da’wah to the masses, responding to the government and media narratives about Muslims, maintaining the Islamic identity of our community and our future generations, and inculcating Islamic education and tarbiyyah etc. We have to ensure that we support the organisations which stand at the front lines doing important work in these areas; they are vital elements which serve and safeguard our future in this country and benefit us but we do not support financially as much as we should.

If we were to spend 20% of what we give in and out of Ramaḍān for all of these causes, it would go a long way to strengthening our community’s capacity to become stronger. If someone chooses to give the vast bulk of their charity abroad, they should not be condemned, but if we continue to put out the fires abroad and fail to extinguish them at home, we will see the consequences. This is not a mere prediction for the future; we are witnessing the fallout of this today.

May Allāh increase our sustenance, bless and purify it and enable us to give our wealth freely to support charitable causes both abroad and at home.

[ii] Nu’man b. Bashir reported Allaah’s Messenger (sallAllaahu alayhi wa sallam) as saying: The similitude of believers in regard to mutual love, affection, fellow-feeling is that of one body; when any limb of it aches, the whole body aches, because of sleeplessness and fever. [Sanih Muslim]

[iii] The Messenger of Allah, (SalAllahu alaihi wasallam) says:” He is not a believer who eats his fill whilst his neighbour beside him goes hungry” (Sahih al-Bukhari).

[iv] Abu Dharr, May Allah be pleased with him, reported: The Messenger of Allah, (SalAllahu alaihi wasallam), commanded me thus, “O Abu Dharr! Whenever you prepare a broth, put plenty of water in it, and give some of it to your neighbours” (Sahih Muslim).

[v] The Messenger of Allah, (SalAllahu alaihi wasallam), said: “Jibril kept recommending me to treat my neighbour well until I thought that he would tell me to make him one of my heirs” (Sahih al-Bukhari).

[vii] Abu Hurayrah (radi Allahu anhu) said that the Prophet (sal Allahu alaihi wa sallam) said: “Whoever removes a grief from a believer from amongst the sorrows of this life, Allah will remove a grief from him amongst the sorrows of the Day of Resurrection. Whoever brings ease to one in difficulty, Allah will make it easy for him in this life and the Hereafter… Whosoever is slowed down by his actions will not be sped forward by his lineage.” [Sahih Muslim]