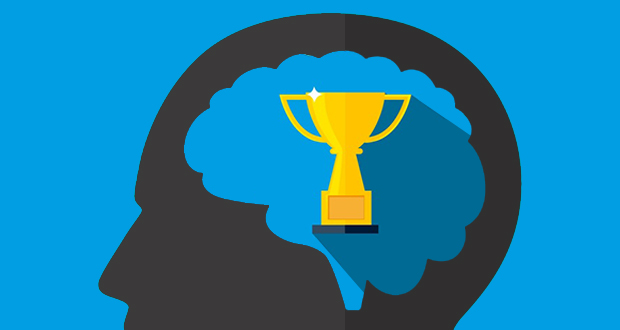 It is true that the Trump factor came into prominence in 2016 culminating in his surprise win in November. However, for Muslims , the whole post 9/11 era has been one of immense stress and trauma, with a well-orchestrated Islamophobic campaign demonising and maligning them and their beloved religion. Many Muslim countries in the Middle East were dismembered under the US’s and European vile agenda, even without UN approval, while an indifferent world watched helplessly. From within too, many pseudo-Islamic movements like ISIS, the origins of which can be traced to Western masters, were actively engaged in tarnishing the peaceful image of Islām with impunity. Even government policies, particularly in the US and Europe, began blatantly target Muslims through discriminatory measures such as the Prevent Agenda in the UK, the Niqāb Ban in France and the recent Muslim Ban in the US. Nathan Lean’s ‘The Islamophobia Industry’, Edward Said’s ‘Covering Islam – How the Media and the Experts Determine How we see the rest of the World’, Arun Kundnani’s ‘Muslims are Coming’ and Peter Gottschalk and Gabriel Greenberg’s ‘Islamophobia – Making Muslims the Enemy’, are but a few must-reads for due elucidation in this regard.

A more worrying factor, however, has been the damage caused to the spirit and soul of the Muslim Ummah as a consequence of the post 9/11 era. It has engulfed us in a defeatist, apologetic mentality. It is saddening to note the effects on our ability to engage in reflective thinking, on how it has muted our voices against oppression and injustice and our sense of apology has deprived us of the courage to project a positive image of Islām in a world depleted of good morals. The world has begun to expect Muslims in general to assume collective guilt and offer an apology for any act of violence committed by persons or groups purportedly sporting a Muslim name, regardless of their character or lifestyle.

Prominent Islamist thinker Syed Qutb condemned this apologetic discourse as defeatist and equating those who apologised for Islām with Orientalists, Crusaders and Zionists. He says,

Thus, in order to inspire the regeneration of the Muslim Ummah, it is imperative that Muslims free themselves entirely from the spirit of apology for their dīn and take time to reflect without reacting in ways which will further aggravate the situation. We must confront ‘alternative views’ intellectually, be proud of our rich Islamic legacy and should endeavour to preserve this difference as a precious quality and pronounce it boldly to the world. No civilisation can prosper, or even exist, after having lost pride in itself and the connection with its own past, let alone commit the folly of destroying their own social institutions in order to imitate a foreign civilisation – foreign not only in an historical or a geographical sense but also in a spiritual sense. The European Renaissance is one prime example. Europe did accept Islamic/Arab influences in the matter and method of learning, but it did not imitate the outward appearance and spirit of Arabian culture and nor did it sacrifice its own intellectual and aesthetic independence.

The post 9/11 era has most certainly been tough, but it will be useful if the Ummah were to draw inspiration from the past when faced with challenges, such as the earlier Mongol invasion of Baghdad and the more recent rise and fall of the Ottoman Empire. The Mongol invasion was one of the most demoralising times of Islamic history, such that the death and destruction of the 1200s has not been seen again in the Muslim world. The Muslim world was largely unable to repel the Mongol invasion due in part to disunity and weak political and military institutions. The ultimate defeat of the Ottoman Empire too was equally demoralising after seven centuries of Muslim Rule. Throughout Islamic history, disunity has always led to invasion and defeat, while unity has led to great Islamic nations that benefited the entire world.

Under sincere Islamic leadership the Muslims were unified, gained strength and direction and with their īmān re-ignited they were able to defend against aggression. Today Muslims lack this sincere leadership and the implementation of an Islamic system that would mobilise the resources of the Muslims towards the general good. The silence of rulers of Muslim countries, particularly in the Middle East, including the OIC, has been deafening. They have virtually abdicated their roles in defending Muslim rights and are subservient to the US and their European allies in order to protect their thrones and to keep themselves in power. Instead, it is the human rights defenders, watchdogs and organisations as well as general mass movements which have taken up the issues of the Muslim Ummah. Recent experiences in the US, the UK and the rest of Europe are glaring examples of the sorry plight of the Muslim Ummah. In this context, it is the responsibility of the Muslim intelligentsia to build up the morale and confidence of the Muslim Ummah to effectively defeat the challenges posed by the Trump era and what will come after.

It is also important to reinforce the internal unity of the Ummah to face common threats. Of course, for example, different sects and schools of thought disagree on various issues; but those challenges should not preclude them from working together to face the existential threat on the Muslim world, its independence and identity. When the US invaded Iraq in 2003 with their “shock and awe” carpet bombing campaign, they did not care what “type of Muslim” the people buried in the rubble were.

It is also imperative that we look at the big picture without focusing merely on the fringe activities promoting hate against Muslims. In the post 9/11 era, we have seen the emergence of numerous progressive mass movements and human rights defender groups working against these reactionary racist forces. Indeed, there are more progressive Abū Ṭālibs than Trump-like Abū Lahabs in the world with whom Muslims should be building bridges (not walls) to fight against oppression, racist aggression and social injustice. The worldwide condemnation of Trump, Farage and Le Penn came as a result of the natural goodness in people who see beyond racial and religious boundaries.

More than anything, though, we should be putting our trust in Allāh (subḥānahu wa taʿālā) Who has promised help to those who struggle in the cause of truth, justice and against oppression. Mūsā (ʿalayhi al-Salām) relied on Allāh’s help when being confronted by Pharaoh’s army at the Nile and our Prophet (sall Allāhu ʿalayhi wa sallam) too acted similarly in Cave Thaur during his Hijrah to Madīnah. Of course, Allāh has also warned that He will not change the condition of a people until they change themselves.

Muslims should shed the victim mentality that holds them back from taking practical steps towards reforming the societies they live in. Islām can no longer afford to remain an empty form under the impact of new ideas and conflicting cultural currents. We Muslims must regain our lost confidence, connect to our greater Islamic vision, join with people with common goals and work towards a world free of hate and social injustice. Islām expects nothing less. Trumps are mere distractions.