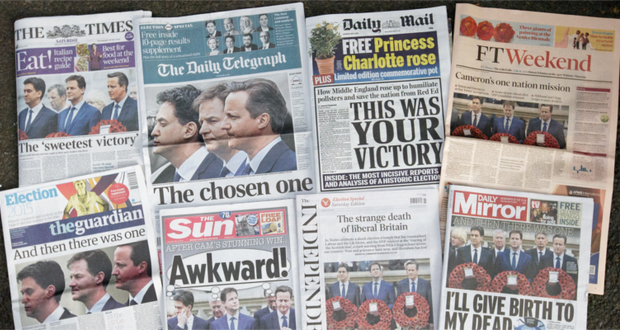 It’s a common criticism of the British press that journalists are too biased, although it can be hard to tell which side they are supposed to favour. The BBC is a case in point – in the run up to the election Labour criticised it for giving such prominence to fears over a deal with the SNP, and at a similar time Nigel Farage became outraged after being booed on Question Time. It was a “remarkable audience even by the left-wing standards of the BBC”, he said.

New YouGov research across seven European countries reveals British people are the most likely to say their media is biased in its reporting when asked about five key areas. At most 32% of British people say the media gets the right balance (on crime), falling behind the European average on housing, health, immigration and economics.

On average out of the five areas British people are more likely than any other country to see the media as skewed towards the right (26% compared to 23% for Finland and 19% for France). Once the percentages for the media being biased to the left are subtracted, Britain’s media is viewed as having a right-wing bias in all five areas, most of all on economics (net 15 points to the right). 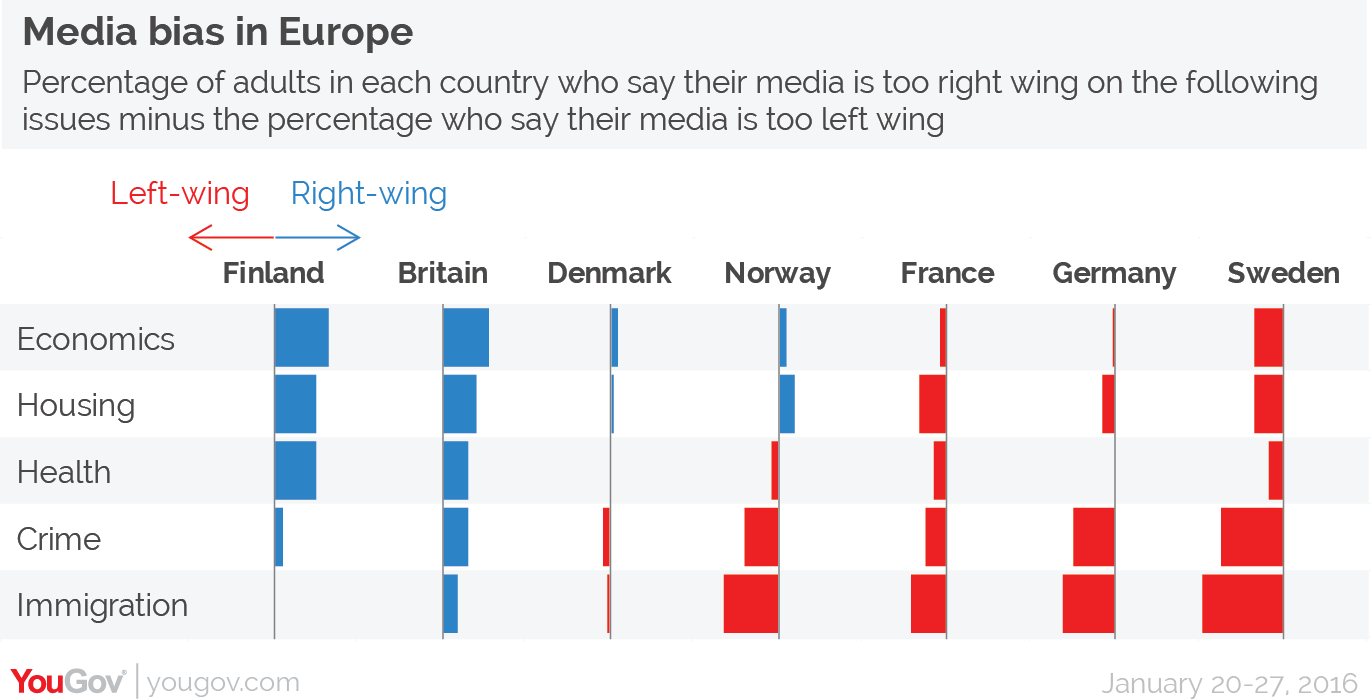 Finland’s press is seen as having similar levels of right-wing bias, but in most of the other countries the media is, in contrast, seen as more faithful to the left.

Around a quarter to a third of British people on each topic say the media gets the right balance, but disregarding these there are always more people who say the press favours the right than the left.

34% of British people say the press are too negative about immigration, compared to 25% who say it gets the balance about right and 24% who say it is too positive.

An analysis in 2013 claimed to have found statistical evidence for left-wing bias at the BBC, saying in only 10% of reports on stories by left-wing think tanks did the BBC qualify the findings with a ‘health warning’ about the think tank’s views, ideological position, or connection to a political figure. However it claimed the warning appeared in 25% to 60% of reports on research by right-wing sources, and was less likely to give them any coverage at all.