52% of women sexually harassed in UK 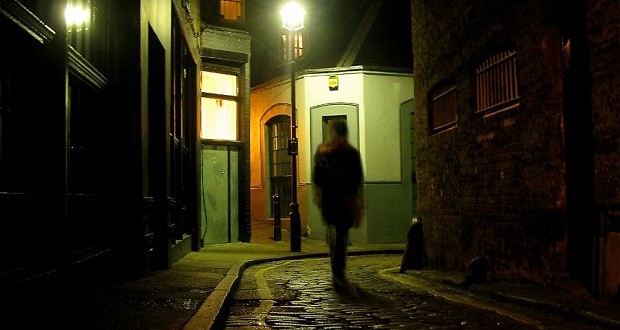 More than half of women have suffered sexual harassment in the workplace, including sexual assaults and comments about their bodies, research has found.

Researchers from the Trades Union Congress and the Everyday Sexism Project found that 52% of women had experienced unwanted behaviour at work including groping, sexual advances and inappropriate jokes. Among women and girls aged 16-24, the proportion reporting sexual harassment rose to 63%.

Around one in eight women reported unwanted sexual touching of their breasts, buttocks or genitals or attempts to kiss them at work, which the report’s authors point out would be considered sexual assault under the law. And 1% said they had been raped or seriously sexually assaulted in their workplace.

Almost a fifth said they had been harassed by their boss or someone else with authority over them.

But four in five women said they did not report the incidents to their employers, with many fearing that it would harm their relationships at work or that they would not be taken seriously.

The findings, described by the TUC as the biggest study of its kind for a generation, are published in a report on Wednesday, Still Just a Bit of Banter?.

One woman described how a colleague said on her last day “his biggest regret was that he didn’t get the chance to rape me in the store room before I left”. She had been afraid to go in there for months because of the man’s previous comments, she said.

Another woman told the researchers: “The most senior person in the organisation made a series of ‘jokes’ … about how I might want to give my boss a ‘rub down’ or a ‘massage’. Another director gestured to grab my breasts at a social gathering.”

Frances O’Grady, the TUC’s general secretary,said: “How many times do we still hear that sexual harassment in the workplace is just a bit of ‘banter’? Let’s be clear – sexual harassment is undermining, humiliating and can have a huge effect on mental health … It has no place in a modern workplace, or in wider society.”

Angela Rayner, Labour’s equalities spokeswoman, said she was shocked by the findings. She said: “There is nothing funny about one in three women being subjected to inappropriate jokes of a sexual nature when they are simply trying to do their jobs.

“The law is clear: sexual harassment is discrimination and therefore illegal. Perpetrators must feel the full force of the law.”

She added that the government is failing to provide adequate protection for women.

Labour is backing a call by the TUC to reinstate parts of the Equality Act making employers responsible for protecting staff from harassment by third parties such as customers.

Rayner said: “We support the report’s recommendation to reinstate section 40 of the Equality Act 2010 that was shamefully abolished by the Tory government. Employers have a duty of care to protect their workers from sexual harassment.”

The TUC is also calling for the government to scrap £1,200 fees for employment tribunals, which it says restrict access to justice for women.

Laura Bates, founder of the Everyday Sexism Project and Guardian columnist, said: “People say [sexual harassment] doesn’t go on in the workplace any more. There’s a perception that because of equality laws it’s something people aren’t putting up with. This research shows there’s a huge gap between that perception and the reality of what women are facing.”

The higher proportion of younger women saying they had been harassed could reflect “power dynamics at play”, with younger women perceived as more vulnerable by perpetrators, Bates said. The TUC notes that younger women are also more likely to be in junior roles, casual work or fixed-term contracts, all of which could be factors.

But it could also reflect evolving ideas of what is acceptable in the workplace, Bates added. “Perhaps for some older women, there’s a sense of normalisation,” she added.

Women working in the manufacturing and hospitality industries were significantly more likely to have experienced such harassment, the research found.

O’Grady called this a “scandal”, adding: “Employers must be clear they have a zero tolerance attitude to sexual harassment and treat any complaint seriously.”

Annelise Tracey Phillips, a senior employment lawyer at Burges Salmon, said bosses can face legal action for harassment in the workplace “even if they are not aware it is taking place”. She said: “It is vital that employers make clear the standards of behaviour expected of everyone in the workplace.”

The TUC commissioned online polling from YouGov of 1,553 women who said they would be willing to respond to questions about sexual harassment. A TUC spokesman said nearly nine in 10 of women surveyed by YouGov were happy to answer such questions. The TUC conducted a survey of members to gather testimony.

A government spokesman said: “No one should experience harassment or abuse of any kind in the workplace – the law on this is very clear and employers must take swift action to tackle this issue.

“Section 40 has not been scrapped and any employee who experiences harassment is protected by the Equality Act – regardless of who the perpetrator is.”