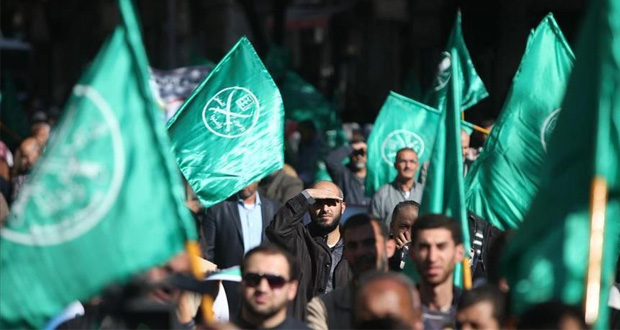 After the fall of the Ottoman Caliphate, caused by a mixture of deceiving invaders and treacherous opportunists, the Islamic World was eclipsed in darkness away from the light of unity and guidance which had once made it prosperous. However, long before the official dissolution of the last Caliphate the deviant ideas and practices which had brought (or at least facilitated) its downfall had taken root in society in the form of chauvinistic nationalism, secularism, unrestricted-liberalism, atheistic and materialistic philosophies as well as a break with traditional Islamic thought.

In understanding this, it was not enough to view the solution to the Muslim World’s problems to be either devoid of politics or on the other hand solely political. Rather it required a two-pronged strategy of educating societies back to Islam as well as re-Islamising governing structures. It was in the absence of such a movement to enact this strategy that Imam Shaheed Hasan al-Banna (rahimahullāh) began his call from Ismailia which was a call for the whole world. After witnessing not only the physical domination of Egypt at the hands of Imperialists it was evident there was a psychological and ideological dominance, from the government, to writers like Taha Hussain propagating Pharaohonic Nationalism, to cultural practices which were being engaged in that were far from Islam’s lofty teachings. Thus the Muslim Brotherhood was formed after Imam al-Banna’s attempts at several other organisations at a more local level.

The Brotherhood under the charismatic leadership of Imam al-Banna broke this modern phenomenon that most Islamic Organisations are strictly either charity based, political or military orientated. Rather the Imam stated:

“Dear brothers, you are not a welfare organisation, nor a political party, nor a local association with strictly limited aims. Rather you are a new spirit making its way into the heart of this nation – reviving it with the Qur’ān; a new light dawning, dispelling the darkness of materialism through the knowledge of Allah.”[1]

Hence the Brotherhood taught the world the differing tactics of the Islamic approach to differing situations. In Gaza they waged war against Zionist colonisers in 1948, in Egypt and other parts of the Islamic world they focused on elections and education whilst elsewhere their focus was the propagation of Islām to non-Muslim populations convincing them of its truths peacefully. But this calling was not made of pure idealism but rather out of pragmatism and an understanding of realism without abandoning the end goal of the formation of an Islamic society comprised of pious individuals who lead God-fearing households.

Today an international conference was hosted in the Turkish city of Istanbul, celebrating ninety years since the founding of the Muslim Brotherhood. Over 1,000 members from around the globe have gathered to remember its history and stress the importance for working for the betterment of the Muslim Ummah today.  [2]

For ninety years in the absence of Islamic Unity and in the presence of innumerable external and internal attacks on the Brotherhood, its intellectuals and scholars have been able to—by the grace of Allāh—give life again to the Message of the Qur’ān and Sunnah even when Islam and Muslims were facing severe attack under the violent, Secularist regimes of the likes of Nasser, Mustafa Kemal, Ben Ali and others. Such figures like Imam al-Banna, Ustadh Sayyid Qutb, Sheikh Sayyid al-Sābiq, Sheikh Mustafa al-Sibāʿī, Sheikh Mohammad al-Ghazzāli, Sheikh Yūsuf al-Qarādawi as well as others were at the helm of reigniting the flame of Islām in modern societies.

Also read: 69 years since the assassination of Hasan al-Banna

No doubt, no human being after the Prophets (ʿalayhim al-Salām) is perfect and without mistake, but all these men made it their goal to remind the Ummah of Islām about the teachings of the Qur’ān, and in their lives they demonstrated resilience as many of them were martyred or arrested. This display of peacefulness and perseverance emanates from certain areas of the Globe even now but universally portrays a model of how education, determination and dedication can bring our society collectively back to Allāh to lead humanity once again. It is a model and message not restricted by time or borders but rather one that must be embraced by the Global Islamic Movement in order to cure the ailments of modern societies.

Indeed, it seems that the Muslim Brotherhood is worthy to be congratulated on their tremendous efforts, achievements in reviving and re-popularising the message of Islam but most importantly for their attempt to fulfil the āyah:

“And let there be [arising] from you a nation inviting to [all that is] good, enjoining what is right and forbidding what is wrong, and those will be the successful.”[3]