Education: The Difference Between Freedom & Slavery 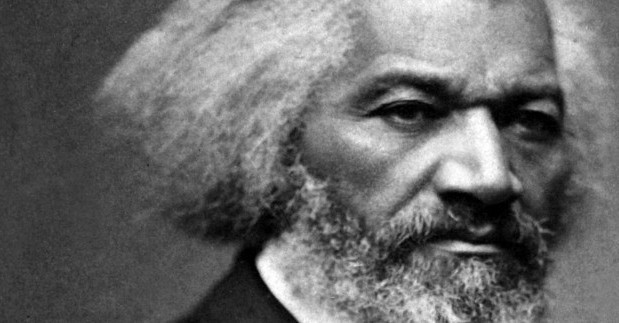 Frederick Douglass, the infamous runaway slave who became a strong orator of the abolitionist movement, highlights in his autobiography a moment during his youth when he lived with his master’s brother’s family. Frederick approached the mother of the house, Sophia Auld, and expressed his curiosity of “this mystery of reading,” and “frankly, asked her to teach me to read.” Sophia was reported to be drawn to his already quick mind and was perhaps intrigued by the thought of testing the educability of an “African child.” In doing so, Sophia, perhaps unwittingly, undercut the fundamental psychological discipline of slavery, and thereby raised the expectations of a slave to a point beyond which bondage was not endurable. In other words, she set in Frederick’s mind the fundamentals that would naturally grow into a mind that was unfit for slavery. And that is exactly what happened. Frederick eventually devised ways to escape and eventually saw that his own emancipation was intrinsically linked to the emancipation of other slaves. For most, he is credited with founding the socio-political and ideological foundation of what later became the Black Civil Rights movement.

We are perhaps more familiar with Malcolm X’s case, whereby his reading and unending thirst for knowledge while imprisoned freed his own mind to the point it was never fully enslaved ever again, whether that was by the regression and oppression of his own self (no doubt engineered by a racist society around him), or by the likes of Elijah Mohammed and the Nation of Islam.

They are key and a critical factor for such transformation is knowledge.

The significance that Islām puts on the believer to read and learn knowledge is probably far more so than by any other religion or secular ideology. In fact, the emphasis of it being fardh ‘ayn, means every single believer is obligated to learn and become knowledgeable to the best of his/her ability.

The Prophet Muḥammad (sall Allāhu ʿalayhi wa sallam) said: “The seeking of knowledge is obligatory for every Muslim.”[1]

In addition, it is fardh kifāyah (obligatory on a collective but can be fulfilled by a few or an individual) that a general community, nation or collective be expert in all forms of knowledge. This is something that is agreed upon across all sects and schools of thought in Islām.

It is worth noting that this does not just refer to “religious knowledge,” but all kinds of knowledge. In fact, technically speaking, given the religious obligation and given it is the study of Allāh’s creation, all beneficial knowledge is considered religious knowledge in Islām. Indeed, this is how the early Muslim scientists, architects, and engineers saw their own work: they sought and implemented knowledge as a means of worshipping Allāh.

It is this that promoted those pious individuals in positions of responsibility in the Islamic societies to make education an accessible commodity for all. The oldest existing, and continually operating educational institution in the world is the University of Karueein, founded in 859 AD in Fez, Morocco, by the then Princess, Fatima al-Fihri. By the 9th Century public libraries became more common as Islamic rulers utilised the Chinese invention of paper making. Instead of hoarding of power for the elite, like other power structures did (and still do) with new inventions, the Caliph at the time made them available for use to the masses. The 9th-century Abbasid Caliph, al-Mutawakkil of Iraq, ordered the construction of a zawiyat qurra – an enclosure for readers which was, “lavishly furnished and equipped.” In Shiraz, Adhud al-Daula (d. 983) set up a library, described by the medieval historian, al-Muqaddasi, as “a complex of buildings surrounded by gardens with lakes and waterways.”

A similar history occurred with hospitals. In adopting the knowledge of medicine from Jews and Christians, the Islamic empire made them available to the public, again for free. The public hospital in Baghdad, opened during the Abbasid Caliphate of Harun al-Rashid in the 8th century, is but one example.

This was also supported by a social culture and legal framework that even slaves of those lands could freely demand and have easy access to the knowledge they desired. In doing so, the inventions of institutions rose from this culture of promoting human welfare.

Aside from ʿibādah (worship) however, in extreme examples such as that of Frederick Douglass, we see the true value of knowledge: it is the difference between remaining enslaved or sustaining one’s freedom, as evidenced by himself and many an ex-slave’s story.

The answer can be found in our current state. Most of us Muslims, in the absence of the right educators, seek knowledge purely for money or status. South Asian cultures are endemic in this, but they are not alone. Some Masjids, which are meant to be counter weights to the ills of society, in losing their relationship to the bigger priorities of Islām have assimilated into the culture they find themselves in and thus have rendered themselves arguably part of the problem. Our societies, as a result, lose the capacity to prioritise faith and to make a better world through the knowledge we seek.

In fact, this is also reflected by the world at large. We now generally live in a global society that profits from the deception and misinformation of not only current affairs, but highly important political issues. Whilst social media is changing the dynamic of this, global issues like climate change, world poverty, arms trade and their causes are largely grey areas in most people’s minds. If not, they are certainly not the top priorities they should be.

In short, in cultivating a global society of ignorance, we create a culture of selfishness, injustice and suffering, where we are either the victims or the complicit supporters of scenarios such as those we see on TV.

Understanding the knowledge in this context, regardless of its forms, and applying it to everything one uses knowledge for, completely revolutionises the mind of the believer. The personal knowledge of our own human machinery and submission to Allāh, creates both the means and the end to promoting freedom in oneself, which does not ignore but manages the whims of wants and desires. In other words, our desires and nafs are not sovereign over us. Rather, we become sovereign over them and dictate what role and even the means of its appeasement, even if that appeasement be the pleasing of our Creator. In light of this, we go from being enslaved by our own machinery, to being masters of it.

Looking more broadly, the basic tools of reading and writing give a person access to concepts that they may not conceive of on their own, thus creating the emotional and mental foundations of a human being that is unlikely to resist change. This is the experience Douglass tries to illustrate: the wanderlust and thirst that such mental tools generate makes a human being unfit to be a slave.

Looking more broadly still, we can start to appreciate how knowledge has made humankind safer from the perils of nature and dunya, allowing us as a species to thrive. And when it comes to the perils of humanity itself, again, only knowledge of people, culture, society, and legal and physical sciences, affords us the capacity to protect ourselves from those who oppress and subjugate others for profit.

Those outside Islām, looking in, would normally experience religion as a form of submission and a degree of mental and emotional subjugation. Yet we have a religion that actively promotes the searching of knowledge and the freedom it brings as a core obligation.

The only logical explanation is that Islām wants to empower human beings to tackle the ignorance, injustice and the oppression in the world as part of their worship and submission to Islām. By logical extension, one can conclude that indeed Islām is a thinking human’s religion. Anyone, regardless of theological rank, who preaches otherwise, benefits selfishly in some way from your stupidity. Whether it is appeasement of their own or some profit from your forsaken will to analyse and comprehend. Yet ironically this is something that Muslims in the modern era have readily accepted, particularly when it has come to Islām. We have become comfortable in our chosen stupidity, of even ourselves, our history, our faith and our identity. Yet, it is this “cultural understanding” that perhaps led to the end of the Golden Age of Islamic learning.

All of this is codified in Islām’s obligation to seek knowledge. A principle and core understanding of ourselves and Islām that was widely understood among our masses became a rarity, at best, not long after colonial times. After we submitted ourselves to our oppressors and allowed them to mutilate and re-define who we are.