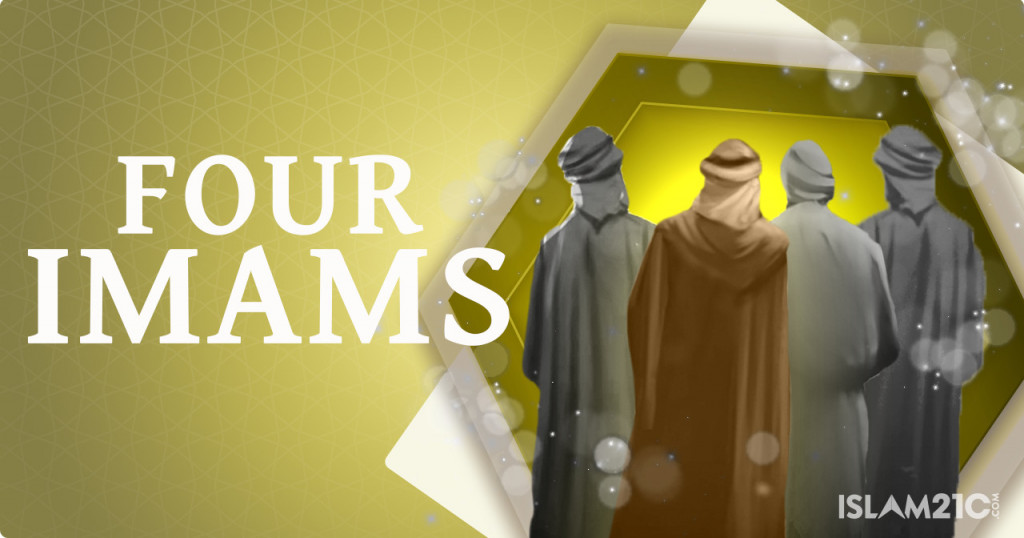 After the death of Imām Mālik, al-Shāfi’ī made his way back to Makkah. His return coincided with a visit from the governor of Yemen, who requested the services of al-Shāfi’ī in Yemen. Al-Shāfi’ī agreed, and became the governor of Najrān, arbitrating with justice. However, he met stiff resistance from corrupt people who did not appreciate his ethical behaviour.

Nine of these mischief makers hatched a plan to discredit al-Shāfi’ī. They travelled to the Caliph, Hārūn al-Rashīd, and levelled false allegations against the newly appointed governor of Najrān. In the year 184 AH, al-Shāfi’ī was summoned to the court of the Caliph in Baghdad, Iraq. Undaunted, Al-Shāfi’ī knew that Allāh and the truth were on his side, and so he eloquently argued his defence. The Caliph was notably impressed and was ultimately persuaded. All nine troublemakers were executed, with the reputation of al-Shāfi’ī only enhanced.

To the novice eye, the summoning of al-Shāfi’ī to the court of the Caliph was an unnecessary distraction from his work and studies. However, the educated eye sees Allāh’s Hand in every moment, both on occasions of delight or despair. You may have seen this in your life – just think of a difficult time in your life when, upon reflection, you realised it was for your overall benefit.

Such was the case for Imām al-Shāfi’ī, who met Muḥammad b. al- Ḥasan al-Shaybānī, one of Imām Abū Ḥanīfa’s chief students, in Baghdad. This was a momentous encounter for Imām Al-Shāfi’ī and one from which he – and successive generations of Muslims – ultimately benefitted. In fact, he took so much knowledge from him that al-Shāfi’ī said:

“I have amassed a camel’s load of knowledge from Muḥammad b. al- Ḥasan, which I heard directly from him.”[1]

Imām al-Shāfi’ī had therefore not only amassed the fiqh of Makkah, Madīnah, and Yemen, but with this unplanned meeting with Muḥammad b. al-Ḥasan, he was now familiar with the fiqh of Iraq. Why was this necessary for al-Shāfi’ī and for the Ummah at large? Prior to al-Shāfi’ī, two schools of thought had formed: ‘Ahl al-Ra’i (“the people of opinion”, emphasising scholarly judgement and reason), and ‘Ahl al-Ḥadīth (“the people of ḥadīth”, emphasising strict adherence to narrations).

The Ahl al-Ḥadīth was founded in the Arabian Peninsula and was an extension to the school of Ibn ‘Abbās, Ibn ‘Umar, ‘Ā’ishah, and other Companions who lived in Makkah and Madīnah. It was passed down to the likes of Sa’īd b. al-Musayyib, ‘Urwa b. al-Zubair, and so on, to the likes of Imām Mālik. The methodology of this school was that if they did not find a tradition in the Qur’ān and Sunnah, they would search for the narrations of the Companions. Due to the few contemporary matters on which the people of the Arabian Peninsula needed to deal with, they did not need to exercise a huge amount of ra’i (scholarly reasoning), unlike Iraq, which experienced fast-paced events that demanded the use of ra’i.

After his stay in Iraq, he then journeyed to Egypt. It is important to note that the fiqh of Imām al-Shāfi’ī underwent two phases during his own lifetime. Whilst in Baghdad, he authored books that documented his opinions on fiqh and Uṣūl al-fiqh matters. This became known as Al-Madhhab al-Qadīm (the old school of thought). Whilst in Egypt, Imām al-Shāfi’ī met new scholars and accessed new pots of knowledge, and so again, he authored books that demonstrated his new opinions on fiqh and Uṣūl al-Fiqh matters, which was later known as Al-Madhab al-Jadīd (the new school of thought). These latter books confirmed that he had adjusted some of his previous positions on matters, whilst affirming most.

This is not to say that that the “new school” abrogated the previous one. Shāfi’i jurists will usually consider that the official position of the school rests in the newer opinions, which can be found in books such as Al-Risāla and Al-Umm.[2]

When al-Shāfi’ī was only fifteen years of age, his teacher – Muslim b. Khālid Al-Zanji, the Mufti of Makkah – gave him permission to issue verdicts, saying to him:

“Issue verdicts, O father of ‘Abdullāh, for the time has come for you to do so.”[3]

“I have never seen a person like al-Shāfi’ī. The students of ḥadīth would come to him and ask about the most intricate matters of ḥadīth. He would guide them to secrets of knowledge that they had not heard before, and they would leave amazed. Similarly, the students of fiqh, both those who are in agreement and disagreement with him, would leave his gatherings in a state of humility. In the same vein, the students of language would present him with poetry, which he would decode for them.”[5]

The levels of productivity in the life of al-Shāfi’ī made it clear that he was a man whom Allāh had blessed with respect to his health, mind, and time. As Yūnus b. ‘Abd al-A’la said:

“Al-Shāfi’ī would complete the authoring of a book between the early morning hours and noon.”[6]

The greatest praise for Imām al-Shāfi’ī was made by his most recognised student, Imām Aḥmad b. Ḥanbal, who was a giant in his own right. Imām Aḥmad studied under the tutelage of Imām al-Shāfi’ī for many years, for which he remained immensely appreciative throughout his life.

“There isn’t anyone who has touched a pen or paper except that al-Shāfi’ī has virtue over him for it.”[7]

When Imām Aḥmad’s son asked his father: “Father, what type of person was al-Shāfi’ī? I hear you making so much du’ā for him.” Imām Aḥmad replied:

“Son, al-Shāfi’ī was like what the Sun is for the world, and like what wellbeing is for the body. Can there be a replacement for either?”[8]

Imām Aḥmad made du’ā for al-Shāfi’ī in his Ṣalāh for around 40 years, and would cite the narration of the Prophet ﷺ:

“Allāh will raise for this Ummah at the end of every hundred years the one who will renew its religion for it.”[9]

The worship of Imām Al-Shāfi’ī

Al-Rabī’ also said that al-Shāfi’ī had divided his night into three parts: the first third for writing, the second third for prayer, and the final third for sleep.

“I have not eaten to my full for the last 16 years, except once, after which I placed my finger into my mouth to vomit. This is because being full causes laziness, hardens the heart, limits sharpness, brings sleepiness, and weakens worship.”[12]

[2] The Message and The Mother, respectively

[9] Abū Dāwūd, on the authority of Abū Hurairah