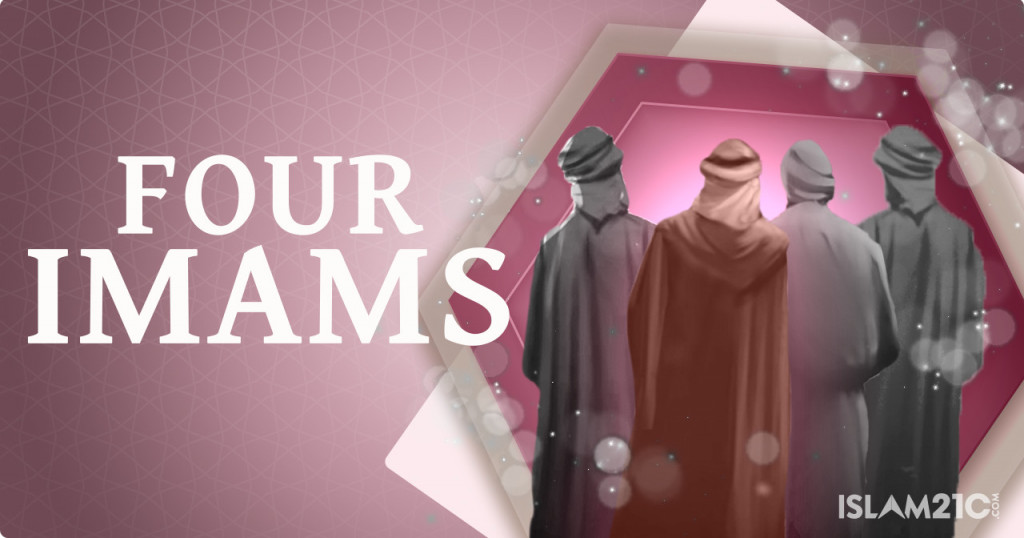 His consciousness of Allāh

This is a feature that reappears in the lives of the magnificent ones, for they would never have reached such levels of productivity and achievement without divine assistance. Such divine help would not have been gifted without lofty levels of devout worship and consciousness of Allāh.

Once, Sufyān b. ‘Uyayna narrated a prophetic saying that softened the heart of al-Shāfi’ī so much so that he passed out. Those in the gathering looked at his motionless body and said, “He has died,” to which Sufyān said:

“If he has died, then the greatest human being of this era has just died.”[1]

Imām al-Shāfi’ī would keep a walking stick with him. He was clearly not a frail or elderly man, so passers-by would ask him about this. He would respond:

“So that I always remember that I am a traveller.”[2]

Despite all his achievements, he was the humblest of people and would say:

Pause for a moment to reflect on the magnitude of this statement and the man from whom it emanated. Bearing in mind our meagre service to this religion, take a good long look in the mirror and ask yourself: do you suffer from the insidious disease of self-admiration? This diagnosis can be challenging, but the following are signs for all of us to check ourselves:

The above list is by no means exhaustive but serves as some marker by which we can identify a secret and dark illness lurking within ourselves. This illness can be so insidious that we may not even realise it is there until it is too late. This illness, of course, is self-admiration – the sister of riyā’ (showing off). A person can foolishly become impressed with themselves for a number of reasons.

If it is due to your knowledge, then have you forgotten your infancy as you soiled your nappies? You would throw a tantrum because you did not know how to switch on your favourite television program, repair your favourite toy when it broke, or struggled to reach for the water tap.

Yes, that age of ignorance has passed for now, but never forget that a similar age of vulnerability and helplessness will – should you live long enough – sneak up on you, returning you back for a second round of ignorance.

Even if you are an expert in your field today, are there not pioneers who put your knowledge to shame? Are there not giants whose shoulders you are currently standing on?

“And of knowledge, you (mankind) have been given only a little.”[4]

If it is your authority, standing within the community, or position of influence that is causing you to feel self-impressed, then ask yourself: “If I was on the verge of dying from thirst, would I give up all of these positions for a cup of water?” If the answer is yes, then realise the worthlessness of authority, which in reality is not even worth a cup of water.

If it is your wealth that is causing your self-admiration, then realise that this is one of the worst causes of pride. Some of the vilest of humans to have ever walked the earth were wealthier than you, so how can you accept this as a criterion for greatness? The eventual outcome of wealth is one of two: voluntary distribution through charity, or forceful distribution through death. On what basis, then, can wealth give rise to self-admiration if it must bid you farewell sooner or later?

If it is your strength, physique, or bench press average that is causing your self-admiration, then realise that animals – including donkeys, cows, and bulls, among others – are far stronger than you. How, then, can an intelligent being become self-impressed by qualities that are found in much greater quantities in unintelligent creatures?

Finally, if it is your picturesque beauty and spellbinding appearance that is causing your self-admiration, then think for a moment how you looked when you emerged from the womb of your mother – ashen and blood-stained. More importantly, consider how you will look not too long after you are buried and maggots busy themselves on your face.

Of all the most beautiful women who have ever lived, or of all the most dashing and desirable men, have any been spared the above fate?

Despite Imām al-Shāfi’ī possessing all of the means of self-admiration, his concern was the raising of the banner of Islām, not his own. Al-Shāfi’ī would say:

“If you fear that your good deeds will be affected by self-admiration, then simply remember the pleasure of whom you are seeking (i.e. Allāh), which reward you aspire for (i.e. Paradise), and which punishment you fear (i.e. the Hellfire). Whoever thinks of these matters, his deeds will pale into insignificance.”

In fact, never was al-Shāfi’ī ever heard raising his voice during a debate, nor was his intention ever to crush his opponent. Compare this with some of the most trivial conversations that take place between friends and family nowadays, where egos, self-admiration, and arrogance are unmissable in their words, reactions, and facial expressions. Imām al-Shāfi’ī once said:

“In every debate of mine, my wish was that Allāh helps and guides my opponent, and I hoped that Allāh would preserve and guard him. In all my debates, I have never cared about whether the truth becomes apparent through me or him, and in all of my debates, I have never wanted my adversary to make a mistake, nor did I ever debate anyone for the purpose of overcoming him. The only intention was advice.”

In yet another statement of Imām al-Shāfi’ī that speaks to his pure mindset and humility as a person who had simply taken himself out of the equation and wanted only Allāh to be glorified, he said:

“I wish that people could have learnt this knowledge without any of it being attributed to me, hence Allāh would reward me without the need for people’s praise.”[5]

Some of the statements of al-Shāfi’ī

“The pursuit of knowledge is better than voluntary ṣalāh.”[6]

“Whoever comes to a gathering of knowledge without a pen and paper is like one who goes to a mill without wheat.”[7]

“My brother, you will never gain knowledge in the absence of six, and I shall inform you of them in detail: sharpness, eagerness, sacrifice, means [i.e. wealth], the company of a scholar, and the length of time.”

After his second visit to Iraq, al-Shāfi’ī decided to travel to Egypt in the year 199AH. Some of those around him asked why he was leaving them, to which al-Shāfi’ī replied:

“There will be the place of my dying.”

As soon as Imām al-Shāfi’ī arrived in Egypt, he began to suffer from haemorrhoids that bled incessantly. At times, he would be riding his horse whilst blood flowed profusely from him, dripping onto his well-travelled feet.

Nevertheless, the Imām did not retire to his home and call upon the greatest doctors of the land. No doubt, had he done so, they would have jostled to have the honour to treat him, and people would have fought to serve him, but the Imām had other ideas. Knowing that time on this earth is finite, precious, and fleeting, where each passing moment brings one closer to the world of the underground, Imām al-Shāfi’ī refused to surrender to his illness. He persevered despite his ill health, demonstrating his resilience and determination to plant as many seeds as he could, preparing a huge harvest in the afterlife. Alas, the bleeding took its toll, and our Imām breathed his last.

As he was experiencing the throes of death, one of his students, al-Muzani, entered and asked, “How are you, O Imām?” He responded:

“It looks like I will be departing from this world today, leaving my friends and meeting my Lord. I do not know whether my soul will be taken to Paradise so that I should congratulate it or driven to Hell so that I should mourn it.”

Imām al-Shāfi’ī then cried intensely, and recited the following couplets of poetry:

“When my heart became hardened and my paths became narrow,

I took my hope in Your pardon as my opening and escape,

My sins seemed so great, but when I compared them to Your forgiveness,

I found Your forgiveness to be far greater.”[9]

At first glance, it may seem that these words belong to someone who had led a life of sin, addictions, procrastination, and play. Yet this was not the case at all. This was a man who had led a pious life full of worship, teaching, and repentance, but who realised that he was at a critical juncture where it could all go wrong: the throes of death.

Similarly, one may lead a long life of outward religiosity and worship, but during those final moments, everything could change. We have no guarantee how our ending will be. We do, however, have certain indications.

On the last night of the month of Rajab in the year 204AH in Egypt, the soul of Imām al-Shāfi’ī returned to its Creator at the age of 54 years old.

“I saw al-Shāfi’ī in a dream after his demise. I said to him, ‘O Father of ‘Abdullāh, how did Allāh receive you?’ He replied, ‘He sat me on a throne of gold and poured over me the purest of pearls.’”[10]