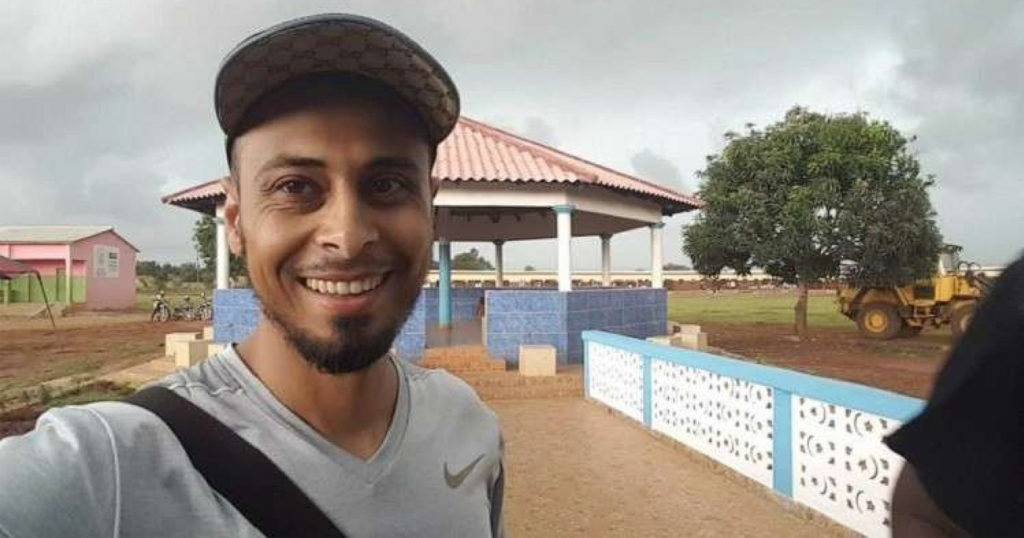 During the month of Ramaḍān, on the 29th May 2018, a man from the Ummah of the Prophet Muḥammad (sall Allāhu ʿalayhi wa sallam) passed away. A man whose story has been repeated everywhere but no movie or book would be able to capture or replicate the inspiration he gave to others.

Brother Ali Banat was a wealthy businessman from Sydney, Australia of different business ventures running security and electrical companies. Like many others, he lived an extravagant and lavish lifestyle until he got the news at the tender age of 29 that he was diagnosed with stage 4 cancer and merely 7 months to live. This dramatic turn of events initiated a reflex that propelled Ali to undergo a transformation not many could have predicted. And it all started with a visit to the graveyard. Brother Ali said:

Frequently visiting the graveyards is an act encouraged by our Prophet (sall Allāhu ʿalayhi wa sallam) and needs reviving as he said; “Visit the graves because they remind you of death.”[1]

He realised the temporal nature of this world, remembering that out of the three things that follow a deceased person to the grave; his family and wealth return but his deeds will remain.[2] He became a grateful servant to Allāh describing his cancer as a gift, simply because it gave him the opportunity to reform his life to the pleasure of his Lord. He could have easily fallen prey to the whispers of Shayṭān by digressing and living the remainder of those months in gatherings of sin, fulfilling short-term, worldly desires. Instead, he shunned this life, growing disinterested with the wealth he had accumulated for almost 30 years, so that he could start preparing for his hereafter. He sold his successful business in addition to most of his wealthy possessions including, but not limited to, his sports cars, designer watches and even branded clothes, opting to choose more simple clothing to reflect his new-found, humbled state.

After a fortnight visit to Africa, he started the charity titled ‘Muslim Around The World’ (MATW) in October 2015, dedicated to helping people less fortunate in poorer regions of the world. This project allowed him to oversee the construction of a Masjid and a school for hundreds of orphans; a Sadaqah Jāriyah for him before he inevitably departed this world.

Despite the deterioration of his health, his story is made more emphatic by his constant smile and positive demeanour, resembling our Prophet (sall Allāhu ʿalayhi wa sallam) who was the most severely tested of us all. This was the fruit of a man eager to meet his Lord. When asked in an interview whether he was happy to meet Allāh, he describes an occasion; “I woke up and I was upset that Allāh didn’t take me”. Indeed, “Whoever loves to meet Allāh, Allāh loves to meet him.”[3]

What we need to ask ourselves is, how would our lives change if we were told we only had 7 months to live. The death of Ali Banat should make us question what legacy we will leave behind. Make those changes today, now, since in reality you and I do not know if we will live to the end of the day or even to the end of this article. Once we learn that we die, then we learn how to live. Ali Banat said:

“My biggest regret is that it took a man in a suit to tell me that I’m going to die, but Allāh (subhānahu wa ta’ālā) told me all my life and I did not believe Him”.

Indeed, “Every soul shall taste death.”[4] Subsequently, death should be the key motivation that navigates us throughout this life. The grave is the end of the rich and the poor. Brother Ali realised this early enough to make a change in his life. When will you and I realise it?

Ali Banat’s farewell video message that was released after his death stressed the importance for each and every single one of us to set a vision for our lives. Be it big or small, every Muslim must have a project he or she is working on to present to Allāh on the day we will undoubtedly meet Him – the Day of Judgement, when the only currency will be our good deeds that we put forth. As Ali stated:

“Try to have a goal, try to have a plan, try to have a project that you work towards. Even if it’s not you personally doing it and you’re funding someone else’s projects. Just do something because you’re going to be needing it on the Day of Judgment.”

It is clear that he understood the direct correlation between setting a vision and leaving a legacy. This is the distinguishing factor between a great Muslim and an average one. His vision was to be at the service of other people. As the great proverb states ‘find yourself by losing yourself at the service of other people’. The Prophet (sall Allāhu ʿalayhi wa sallam) said:

“The most beloved of people according to Allāh is he who brings most benefit to people, and the most beloved of deeds according to Allāh the Mighty, the Magnificent, is that you bring happiness to a fellow Muslim, or relieve him of distress, or pay off his debt or stave away hunger from him. It is more beloved to me that I walk with my brother Muslim in his time of need than I stay secluded in the mosque for a month.”[5]

Abu Huraira (raḍiy Allāhu ʿanhu) reported that the Prophet Muḥammad (sall Allāhu ʿalayhi wa sallam) said: “Allāh will remain in the aid of His servant so long as His servant remains in the aid of other people.”[6] How can we utilise our resources to be of service to others? Is it not time that we become people of action? Like Abu Bakr (raḍiy Allāhu ʿanhu), like ʿUmar b. Al-Khaṭṭāb (raḍiy Allāhu ʿanhu), like Malcolm X, like Abdur Rahman As-Sumayt, and like the subject of this article: brother Ali Banat. This is what the Ummah needs and was the prophetic model laid down to us to deal with the problems the Ummah faces today.

Scholars such as Mufti Menk and Mohamed Hoblos have spoken highly of Ali, as well as all those who have followed and heard of his remarkable journey. Though few have met him, he has found a place in all our hearts. This is a sign of a great man as illustrated by a ḥadīth of the Prophet Muḥammad (sall Allāhu ʿalayhi wa sallam).

At his janāzah, the Sheikh described a dream brother Ali had a few months before his demise, in which he was climbing a tall tree and as he got higher, he fell to his death. This was interpreted as a glad tiding for Ali, that the tree was symbolic of the deen of Allāh and him remaining firm upon it. And his fall was representative of the fact that he will die with this firm belief. All praise to Allāh, his dream was fulfilled, as it says in the Qur’ān:

“Those who believed and were fearing Allāh, for them are good tidings in the worldly life and in the hereafter. No change is there in the words of Allāh. This is what is the great attainment.”[8]

After three years of sickness, he defied all odds, and passed away during the blessed month of Ramaḍān. May Allāh have mercy on his soul.