How to Make Powerful Du’a 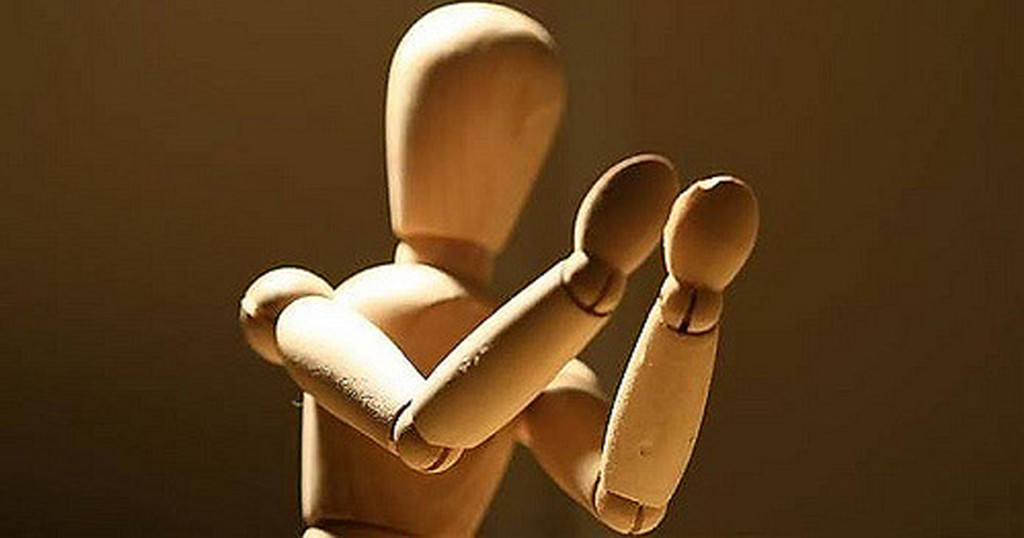 Mannerisms of requesting from The King

Now that we have explored the position of Du’ā, particularly those supplications that are sourced from the Qur’ān and Sunnah, in the life of a conscious Muslim, let us consider some of its mannerisms. Are there certain things we should be doing when calling upon Allāh to increase the likeliness of an answer? Below are a few to consider:

1. Check the direction of your heart; Sincerity

It happens all too often when, whilst one’s Du’ā is directed to Allāh, his heart remains facing the wrong direction, having inwardly placed more hope in what people possess than that which is in the Hands of Allāh.

“And to your Lord direct your longing.”[1]

One’s heart is not merely to be freed from the obvious prohibited attachments, idols or graves but the unobvious ones as well, like an employer, a GP, investor, or a potential father-in-law, all of which are detrimental to the sincerity of our Du’ā.

“Call upon Him, having made the religion pure for Him”. [2]

In the same way we direct our words to Allāh in Du’ā we should ensure our inner yearning is directed to Him and only Him.

Introduce your Du’ā with the praise of Allāh and saluations upon the messenger (sallAllāhu ʿalayhi wasallam). It is not custom for one to make requests from people without first introducing it appropriately, and our Lord is no exception to the rule. Thus when the Prophet (sallAllāhu ʿalayhi wasallam) came across a man who was making Du’ā without having included any introductions, he said; “This man had rushed”. Then he said:

“When anyone of you makes Du’ā, let him start by glorifying his Lord and praising Him, then let him send blessings upon the Prophet (sallAllāhu ʿalayhi wasallam), then let him pray for whatever he wants.”[3]

“Every Du’ā is blocked until salutations upon the Prophet (sallAllāhu ʿalayhi wasallam) are sent.”[4]

“Du’ā remains held between the heavens and the earth, none of it ascending to the heavens till you send salutations upon your Prophet (sallAllāhu ʿalayhi wasallam).”[5]

1 – Sending salutations upon him before making du’ā, and after praising Allāh.

2 – Sending salutations upon him at the beginning of the du’ā, in the middle and at the end.

3 – Sending salutations upon him at the beginning and at the end, and one’s personal request may be made in between.[6]

All of these formats are acceptable.

3. Be decisive in your request

Do not make suggestions to Allāh, but be assertive by saying, for example: “O Allāh give me, O Allāh grant me, O Allāh bestow upon me…” because nobody can force Allāh to do anything.

We may ask once or twice from a member of family or friend for something, but should it not be granted, we usually feel shy to ask again, for most of us are naturally inclined to the dislike of persistent requests. To Allāh however, it is not “pestering”; for Allāh is Rich and unafraid of giving, thus He loves being asked over and over again.

ʿAbdullāh b. Mas’ūd said, speaking about the Du’ā of the Prophet (sallAllāhu ʿalayhi wasallam):

This was the case in the majority of his situations, although it has also been reported that he made Du’ā more than three times, as he did when he made Du’ā for baraka/blessing for the tribe of Ahmas[9] and as is the case when he guided us to repeat a specific Du’ā for the ill person seven times.[10]

Your repetition of the Du’ā displays your servitude to Allāh, your desperation for His help, and your sincere belief that what you need cannot be provided by anyone but Him. Imām Ibnul Qayyim said:

“One of the most beneficial of cures is persistent Du’ā.”[11]

5. Have presence of heart

By the end of this series, we will have added a further 40 supplications to our arsenal to choose from during our calls to Allāh. Having said that, with the passage of time there is always the genuine worry of falling prey to mechanical repetition. One of the greatest barriers between us and an accepted Du’ā is an unattentive heart.

“Call upon Allāh when you are certain of a response, and remember that Allāh will not answer a Du’ā that comes from a heedless and distracted heart.”[12]

Implore Him with a fully conscious heart, feeling His Divine presence as if in front of you, internalising that you are completely encompassed by His Knowledge and Power over you, and realising that He sees and hears of you what you cannot see or hear of yourself. With such a mentality, how can one’s heart wander off during Du’ā?

Although on several occasions the Prophet (sallAllāhu ʿalayhi wasallam) made Du’ā facing other than the direction of prayer, undoubtedly, as Imam An-Nawawi said, facing the Qibla is desirable.[14]

We have previously cited the Hadīth:

“Your Lord is generous and shy. If His servant raises his hands to Him, He becomes shy to return them empty.” [15]

The image of someone extending his hands palm up is the classical image of a humble and desperate beggar; one that accurately reflects our servitude to Allāh. But what is the format of raising one’s hands during Du’ā? The scholars have cited at least three different formats, depending on one’s situation and nature of request.

The first: To raise one’s right index finger. This was the way of the Prophet (sallAllāhu ʿalayhi wasallam) particularly when he was on the pulpit, raising it during Du’ā, as it was also his way during the Tashahhud, again, making Du’ā with it. Similarly, if one is, say, in a public domain, and wishes to make a passing Du’ā, one can raise his finger when doing so.

The second: When making a general Du’ā. Here, one is to place his hands towards one another with palms facing skywards, raising them approximately parallel to your shoulders.

The third: When making Du’ā during an enormous happening – ‘Ibtihāl’ – which, for example, has an affect on the Ummah at large or something that has major implications on you. During such situations, the Prophet (sallAllāhu ʿalayhi wasallam) would raise his hands so high till the whiteness of the armpits could be seen, as he did on the day of Badr.

8. Make Du’ā during times of both ease and difficulty

A mannerism that is largely abused by the most of us is making Du’ā during times of need and desperation, whilst finding no need to when all is well. When injury sets in; when an enemy is on our case; when cash is a little low; when CVs aren’t attracting interviews; when hearts are enslaved with lust, or any other difficulty, our hands are immediately raised. While it is praiseworthy that we turn to Allāh in such times, we should not only be doing so during times of difficulty, but also during times of ease.

Speaking about why the Du’ā of the Prophets were answered, Allāh said:

In this Āyah, several aspects of an accepted Du’ā is identified:

They lived a life of Islamic practice, worshipping Allāh and glorifying Him which made their Du’ā, when offered, worthy of being answered.

In all situations, their immediate reaction was to raise their hands to Allāh, regardless of whether it was happiness or sadness that they were expressing, or whether they felt security or fear.

3 – “They humbled themselves before Us”

The Prophets evicted all pride and arrogance from their hearts, for how can one’s Du’ā be accepted when he inwardly competes with Allāh or challenges His judgement?

he right to be worshipped but You, Glory be to You, I have surely been of the wrongdoers.”[18]

His Du’ā was answered and Allāh relieved him from this trauma soon after, but why was his Du’ā answered? Allāh tells us:

“And had he not been of those who glorified Allāh, He would have remained inside its belly until the day of resurrection.”[19]

Had it not been for the good deeds he had put forward prior to this trial, the belly of the whale would have become his grave. Speaking about this Āyah – “had he not been of those who gloried Allāh” – Qatāda said:

“He used to pray abundantly during times of ease and so Allāh saved him through that. It used to be said ‘Good deeds carry a person when he slips. Should he fall, he will find something to lean on.’”[20]

Speaking about this Ayah as well, Abul ‘Aaliya said:

Thus when the trial of Yunus did eventually arrive, its effects were lessened and the end was relief. Do not allow your first relationship with Du’ā to start with a calamity that befalls you, but be as the Prophet Muhammad (sallAllāhu ʿalayhi wasallam) would teach the youth:

There may be certain difficulties that – Alhamdulillāh – are not affecting you at present. Whilst others struggle to make ends meet, your finances may be in place, and whilst others are challenged with ill health, yours is spot on. Allāh may have spared you from many trials that others battle, but there are a set number of trials every one of us must experience.

Death and its hardships; the darkness of the grave; the trial of the underground; the terror of the resurrection; the intensity of the gathering; the long awaiting; the slippery bridge over the hellfire and the many phases of horror on the Day of Standing. These are trials that are inevitable on us individually, and thus, the best we can do to lessen their impact tomorrow is by amassing for them many good deeds today, as when these phases do eventually unfold, the difference between a person who had recognised Allāh and worshipped Him in this world in contrast to another who had not prepared will be inconceivable.

We are now ready to start the journey with our 40 selected supplications, beginning in the next part, inshāAllāh.

[3] Sunan Abī Dāwūd, on the authority of Fudāla Ibnu ‘Ubaid

[15] Aḥmad, on the authority of Salmān