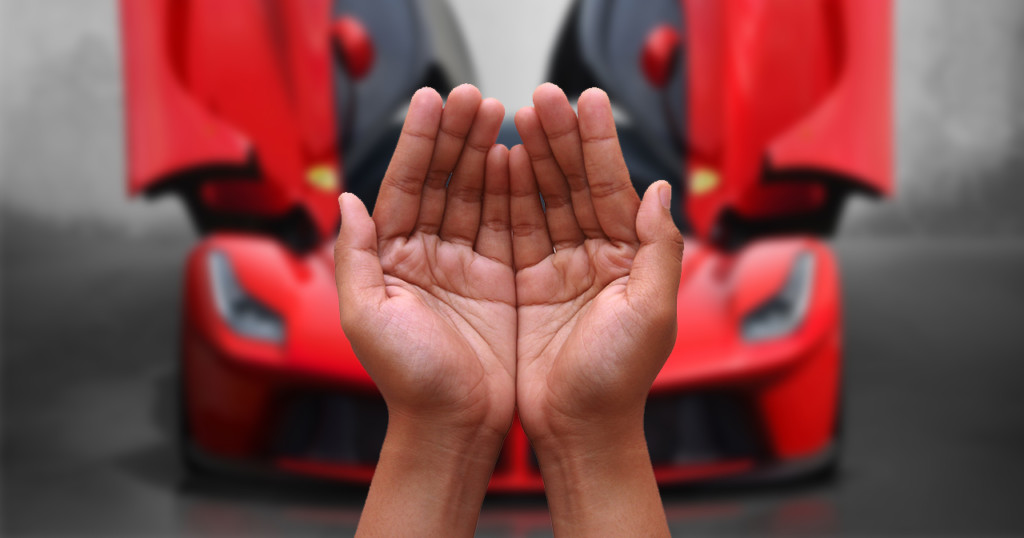 No matter how talented a person may be in speech, no human being will ever be able to call upon Allāh in a more eloquent, comprehensive and befitting way than the words that Allāh has chosen via the words of the Qur’ān and words of prophets. The fact that Allāh has inspired you to show attention to the likes of this study is a promising sign that Allāh wants good for you. That is because Allāh said:

“Allāh has sent down the best statement..”[1]

Therefore a person who finds himself inclined to learn about how to call upon Allāh using His revelation is doing so using the “best” of all speech; a true sign that such a person is being steered to success.

What one can gain by virtue of this Du’ā , as well as what one has lost out on by virtue of not knowing this Du’ā, is inconceivable. Read it again, has it omitted anything that you will ever need?

This Du’ā, however, is exclusive to the people of very high aspirations and lofty ambitions; people who detest the idea of being average Muslims, but yearn for the supreme levels in both worlds. We arrive at this conclusion by the context of this Du’ā.

In the āyah before it, Allāh makes mention of a particular category of people, saying:

“.. but there are some people who say, “Our Lord, give us in this world” and he will have in the Hereafter no share.”[3]

With their Du’ā only ever Dunyā-orientated, they show little or no concern for the life to come leaving them with “no share” in the Hereafter. After this, Allāh mentions a second category of people, a people of high aspirations and remarkable determination who beg Allāh for the best of both worlds, saying:

These people have qualified themselves for Allāh’s praise, thus the āyah that follows is:

The āyah does not elaborated on what the nature of this “good” is that they ask Allāh for, so what does it actually include? What are you implicitly asking Allāh for when you make this Du’ā?

As for the “good” of this world, it includes – for example – a righteous spouse, a spacious home, a blessed income, a stable household, good companionship, great health, peace of mind, an intelligent mind, righteous and healthy children, security, a comfortable car, a great neighbour.

As for the “good” of the Hereafter, the greatest “good” is Allāh’s acceptance and Jannah. However, the Hereafter is long and sophisticated, so what else does the Du’ā for “good” in the Hereafter include? A smooth process of death, ease during the interrogation of the grave, a restful stay within it, safety from the horrors of the Day of Judgement, reassurances on that Day when others will be afraid, shade from its intense heat as others drown in sweat, safety in the court of Allāh, an easy passage over the Sirāt/bridge over hell, to not be amongst those who are made to enter the hellfire first before being transferred to paradise via intercession, and so on.

Do you see just how much goodness this Du’ā has captured within its short lines? Do you realize just how much you could have missed out on had you met Allāh without knowledge and application of this Du’ā? Perhaps now we know why it was the most frequent Du’ā of the Prophet (sallAllāhu ʿalayhi wasallam),[6] and would be included within every Du’ā of the companion Anas Ibnu Mālik[7]

“The Prophet (sallAllāhu ʿalayhi wasallam) made this Du’ā so frequently because it has gathered the entire meanings of Du’ā that cover the aspects of both this life and the next.”[8]

1) Asking Allāh for elements of this worldly life isn’t, by default, blameworthy.

What is blameworthy, however, is when one’s requests and concerns are solely centred on worldly matters or when it is of greater concern to a person than the affairs of his hereafter. Notice how, in this Du’ā, only one part of it was dedicated to the worldly matters whereas two parts of it were dedicated for the hereafter.

The Dunyā: “Our Lord, give us in this world that which is good..”

The Hereafter again: “..and protect us from the punishment of the Fire.”

Is that not indicative?

This is why, as was mentioned earlier, this Du’ā is exclusively for those people of high aspirations, who – whilst they wish to excel in their worldly commitments – will not allow this excelling to distract them for even a split second from the long journey ahead of them and the prize of Jannah that awaits. They are focused and determined, having truly internalised that this world, with all of its treasures, is nothing but a vehicle to a very specific destination.

As long as they hold onto this Du’ā with sincerity, they will not be distracted.

[9] Ibnu Hibbaan, on the authority of Sa’d Ibnu Abi Waqqaas