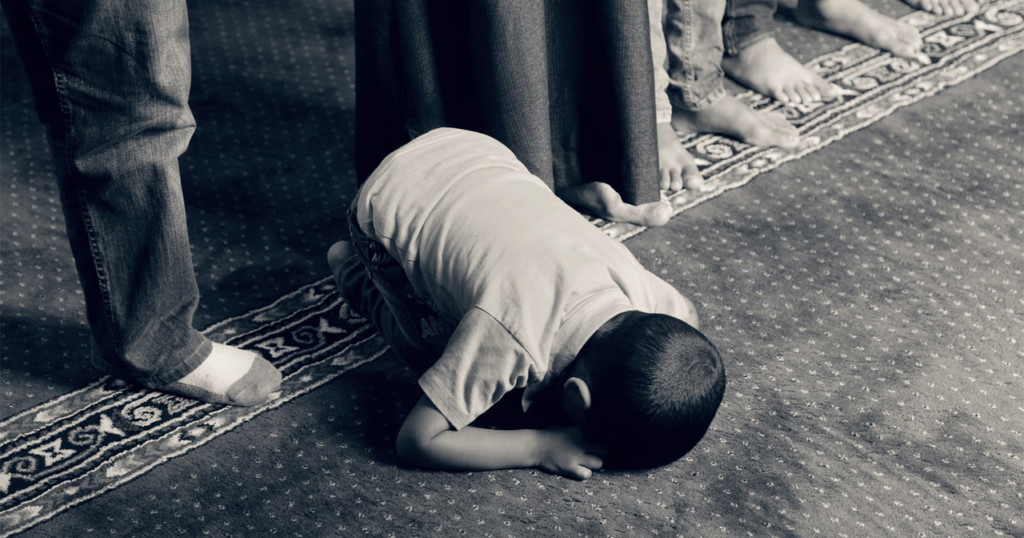 “My Lord! Grant me from you, a good offspring. You are indeed the hearer of duʿā.” [1]

The worry of one’s children is indeed one that continues to keep many parents up at night. How will they fare in school? What will become of their Muslim identity? Will their inclinations be towards Islām? How will they cope amidst the overwhelming tides of modern day tribulations? Where will the Hereafter fit in their list of priorities?

Whether one is a parent at present or aspires to be one at some point in the future, this du’ā is truly indispensable.

Let us first ask: Who was the one who made this duʿā? It was none other than Prophet Zakariyya (sallAllāhu ʿalayhi wasallam) and his inspiration in doing so was a woman; Maryam.

Maryam was in the care of Prophet Zakariyya, but as each day passed by, it was becoming clearer that she was no ordinary individual. One such sign was that every time he’d visit her within her place of worship, he found her enjoying provisions that she clearly didn’t fetch herself, as she had winter foods during the summer months and summer foods during the winter months. Allāh said:

Every time Zakariyya entered upon her in the prayer chamber, he found her with provision. He said, “O Mary, from where is this coming to you?” She said, “It is from Allāh. Indeed, Allāh provides for whom He wills without account.” [2]

Having been reminded of Allāh’s generosity, Prophet Zakariyya wasted no time in knocking on the door of The King in hope of similar generosity, and as always, Allāh never returns those who come to Him empty handed. Allāh said:

“At that, Zakariyya called upon his Lord, saying: ‘My Lord! Grant me from you, a good offspring. You are indeed the hearer of duʿā.’”[3]

Bear in mind that all of the odds were against Zakariyya. He was old, his hair was grey, his bones were frail and his wife was barren, yet Allāh did not let Him down, giving him exactly what he requested and more, so let us look at Zakariyya’s chosen words carefully:

The expression of “grant me” is translated from the Arabic “hab” which is literally a request for a Hiba (gift). In a previous article, we mentioned that a Hiba is in reference to a gift that is given without a return. Keeping in mind his circumstances, Zakariyya knew that should Allāh grant him his wish for a child, it would be purely a gift from Allāh, one without any return.

From his choice of words, it’s clear that Prophet Zakariyya was not requesting any child but one who’ll be chosen, preserved and nurtured by Allāh Himself. How different are the two requests; “give me a gift” vs “give me a gift from you”. The latter implies exclusivity and distinction, for the request isn’t for any gift, but one that is according to the kindness and generosity of the giver, one that reflects his status and wealth. What, then, was Zakariyya to expect when the giver is none other than The King, The Rich, The Generous? We shall find out.

Having children wasn’t the be all and end all for Zakariyya. What mattered to him was their righteousness, something that we see from the qualifiers in his duʿā; “A good offspring”.

How many Muslims have begged Allāh for years on end for children, children who would end up becoming the cause of their misery in this world, and in some cases, their loss in the hereafter as well? The mistake was that they didn’t show any interest in telling Allāh what type of children they wanted, for what bothered them most was that they were without children, regardless of everything else.

So what does “a good offspring” entail? What are you actually asking Allāh for when making this Duʿā?

“A Tayyibah (good) offspring is that which is good in its speech, actions, as well as their health. Thus it encompasses both physical and moral goodness.”[4]

We also see to what extent many of us have failed our children. Whilst we may denounce them for their shortcomings towards us, and rightly so, in many cases, they also have the right to be just as frustrated, for our shortcomings towards them started before their very birth when we failed to make the correct Duʿā for their welfare.

“My Lord! Grant me from you, a good offspring. You are indeed the hearer of duʿā…”

Prophet Zakariyya concludes his Duʿā by referring to Allāh’s attribute of Samʿ (Hearing). Zakariyya acknowledges that such a request is, in the eyes of many, very farfetched thus requiring of a Lord who truly hears Duʿā. With this, Prophet Zakariyya has taught us the importance of using those names of Allāh that best fit our request and reflects them.

So, a person who is short on finances would ask Allāh by His names al-Razzāq (The Provider), al-Ghaniyy (The Rich), al-Karīm (The Generous), and so on; whilst the one who seeks from Allāh justice against an oppressor would ask Allāh by His names al-Qawiyy (The Strong), al-Jabbār (The Compeller), al-Nasīr (The Ever Helping), thus making it clear just how much of a priority it is for us to make a conscious study of Allāh’s Names.

Since Prophet Zakariyya’s Duʿā was well introduced, well-mannered, well concluded, in addition to it being one of sincerity and certainty, the outcome was amazing. No sooner had he completed his Duʿā that angels were sent to give him the good news.

“So the angels called him while he was standing in prayer in the sanctuary, that Allāh gives you good news of Yahya, confirming a word from Allāh[5] and who will be honourable, chaste, and a prophet from among the righteous.”[6]

The likes of Prophet Yahya is the dream of every responsible and wakeful Muslim parent, and alhamdulillah, the Duʿā which was the means behind his existence is no secret.

Before delving into the core of your request, start by first introducing your Duʿā by confessing your poverty, weakness, servitude and absolute need of Allāh. This is precisely what Zakariyya did, for in Surat Maryam, Allāh gives us the extended version of his Duʿā, saying:

He said, “My Lord, indeed my bones have weakened, and my head has filled with white, and never have I been in my Duʿā to You, my Lord, unhappy.”[7]

You’ve never let me down. You’ve never left me empty handed. In all my experiences with you, O Allāh, I’ve seen nothing but limitless generosity, endless mercy, and kindness that’s beyond words. This is what You have gotten me used to.

What are your expectations of Allāh during your Duʿā? How certain are you in Him? As for Zakariyya, his certainty was at a prophetic level, and we notice this in his reaction to when Maryam told him that the provisions which she was enjoying were from Allāh. Allāh said: “At that, Zakariyya called upon his Lord…”

Without delays, doubts or slightest hesitation, he raised his hands at once and begged Allāh, knowing that he will be next in line if the correct Duʿā is made.

Do the same yourself. Whenever you come to know of someone’s blessing – whether from the goodness of Dunyā or Dīn – don’t think twice, but take to a corner and beg your heart out in front of al-Karīm (The Generous).

In Surat Maryam, Allāh tells us why it was that Prophet Zakariyya was so keen for a righteous child. He said: “And indeed, I fear the successors after me…”[8]

Who were these successors whom he worried about? Commenting on this āyah, Ibn Saʿdi said:

“Zakariyya is saying: I fear that those who shall succeed me after my death in running the affairs of Banī Isrā’īl will not establish your religion correctly nor will they invite to Islām.”[9]

Therefore, a believer’s request for marriage, wealth, health, cars or children are for a very noble and clear purpose; to act as vehicles towards paradise and a means for the guidance of others. The ambitions of a conscious Muslim rise beyond eating, drinking and paying bills, but his/her thoughts are dynamic, selfless and enormous.

With this, Prophet Zakariyya has taught us just how important it is for each and every Muslim to think strategically, to plan diligently for the Hereafter and to set an Islāmic vision which one will dedicate his life and death to in hope that Allāh will accept it on the Day of Reckoning.

4: Your life story is one of Duʿā

All of humanity, rather, all of creation are in need of duʿā, and Allāh is the provider of all. Prophet Zakariyya saw Duʿā as an indispensable need in his life, one that he fell back on time and time again.

And He also said about Zakariyya:

And He also said about him:

These are the three places in the Qur’ān where are Allāh speaks about the story of Zakariyya and in each place, the core topic was Duʿā.

Your life is a story of Duʿā.