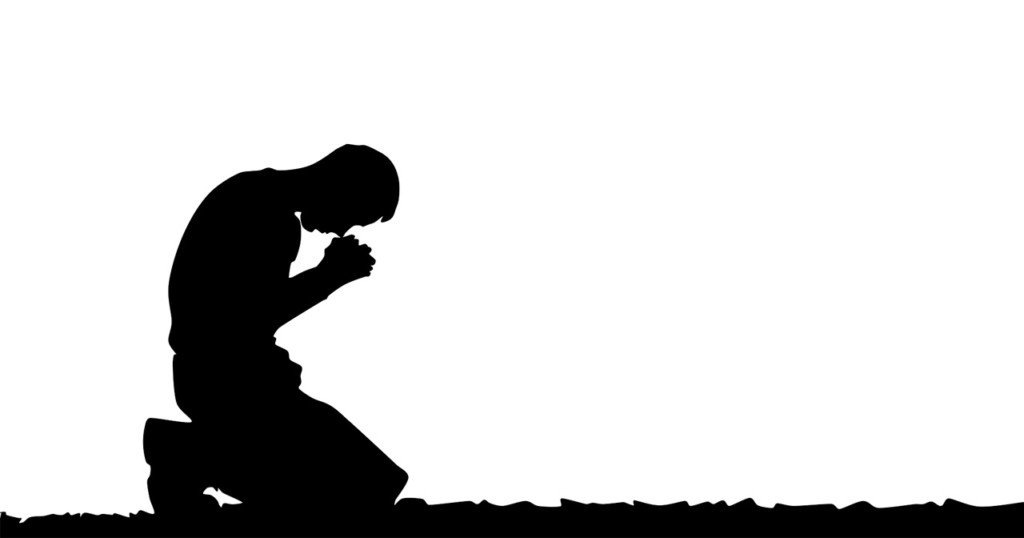 Who amongst us does not have an issue that keeps him up at night? Who amongst us does not shed tears of grief? If such tears are not for your own welfare, then they are for the welfare of your children, spouse, parents, relatives, friends, for your Aqsā Masjid, or for your Ummah at large. If you find no need to shed a tear for yourself at present, Alḥamdulillah, but the realities of life state that you soon will, just as I soon will, for ahead of us is old-age, illnesses, unexpected worldly challenges, and a brand new life of joy or misery that begins with death.

“And mankind was created weak”[1]

“We have certainly created man into hardship.”[2]

Since no human being – righteous or otherwise – is spared of such worldly hardships, people’s efforts in treating them vary enormously. Whilst some may resort to perpetual whining, isolation, binge drinking, intoxicants, promiscuous relations, or even suicide, others employ a technique altogether different. They have realised that the cure to every ailment and solution to every problem is not only available, but is also actively offered to those who desire it.

In the face of every episode of joy or misery, affluence or bankruptcy, victory or defeat, at once they raise their hands to The One – The Only One – who truly wants to listen and who has an answer as well, and in those moments they find bliss in conversation with Allāh.

It could be argued that there has never been a time in history when the Muslim has been more in need of begging from Allāh than today; illnesses are rife, access to sin is unprecedented, relationships barely survive, confusion has become the norm, Al-Aqsā is weeping, and the deplorable political scene for Muslims is seemingly ever-worsening.

We need to call upon Allāh, we need to beg Him for relief, we need Him to show Him that we’re desperate, and what better way to do so than using the very words that He has taught us to use?

In this series we do not offer a mere short-lived īmān boost, nor a mere encouragement to make duʿā’, but a life-changing experience where conversing with The King becomes a need that has no replacement. Having said that, I can promise in confidence – insha’Allāh – that if we were to approach this series with seriousness and sincerity, our relationship with Allāh will be transformed for good and our attitude towards difficulties will be revolutionised.

From the very outset, create a file/database whereby you add to it each Qur’ānic and Prophetic Duʿā’ as they come, all 40 of them, making an effort to memorise them and putting them into practice on a nightly basis as you try to recall as much of the meanings that we shall study as you can. How can you expect your heart to otherwise rest?

Before we start, however, let us ask:

Duʿā’ and a promise from Allāh

Allāh never fails in His promise, and should we assume otherwise our belief in Allāh requires revisiting urgently. He has promised to give support to the believers, to replace the one who leaves a prohibited matter for Allāh’s sake with something better, to aid those who rely upon Him, and so on. One of the many promises of Allāh is:

And your Lord says, “Call upon Me; I will respond to you.” Indeed, those who are too arrogant for My worship will enter Hell in humiliation.[3]

It is a matter of cause and effect, thus when the former is acted upon, then the latter is a promised outcome.

Duʿā’ and the removal of middlemen

“And when My servant asks you about Me, then indeed, I am near. I answer to the Du’ā of the supplicant when he calls upon Me…” [4]

This Āyah has appeared in the context of fasting. In Sūrah al-Baqarah, there is an entire collection of Āyāt dedicated to Ramaḍān amongst them this Āyah shows up, seemingly unrelated to the context. This, of course, is not accidental. Instead it is as if we are being told that duʿā’ during one’s fast, and specifically during the month of Ramaḍān, has an even greater status and likelihood of being answered. In the month of Ramaḍān, therefore, as well as during one’s fasting throughout the year, we are to exert an even greater effort in finding our hearts during those frequent moments of passionate duʿā’.

There is something more incredible still. The format of this āyah never appears in the Qur’ān except in the context of Du’ā. There were many questions that people asked the Messenger (sall Allāhu ʿalayhi wa sallam) to which Allāh responded to them in the Qur’ān with “Say to them…”. Consider the following examples:

“They ask you concerning the new moon. Say: They are times appointed for (the benefit of) men, and (for) the pilgrimage..” [5]

“They ask you concerning the sacred month about fighting in it. Say: Fighting in it is a grave matter..” [7]

“They ask you as to what is allowed to them. Say: The good things are allowed to you..” [8]

“They ask you about the spoils of war. Say: “The spoils are for Allāh and the Messenger…” [9]

“People ask you concerning the Hour, say: “The knowledge of it is with Allāh only..” [10]

However, when the Qur’ān relayed the question pertaining to duʿā’, the answer was not introduced with “say” rather “And when My servant asks you about Me, then indeed, I am near”. There absolutely no middleman standing between you and Allāh as you call upon Him. So direct and personal is this relationship that even the statement of “say to them” is not needed.

Almost every time the nearness of Allāh is made mention of, it happens to be in the context of duʿā’.

“And when My servant asks you about Me, then indeed, I am near. I answer to the Du’ā of the supplicant when he calls upon Me…” [12]

The same theme is found in the Sunnah, where the Prophet (sallAllāhu ʿalayhi wasallam) said:

“The servant is nearest to his Lord during prostration, so increase your Du’ā during it.” [13]

Say, “What would my Lord care for you if not for your supplication?” [14]

In other words: Who would we be were it not for our duʿā’, in both of its forms; (1) The Duʿā’ of worship and (2) The Duʿā’ of requests? In the absence of them, Allāh has no interest in man. People measure their worth using an array of different benchmarks. As for you, as a Muslim, measure your worth in light of this āyah.

There is no expression in the Sunnah that speaks of any act of worship like this except  duʿā’. Praying, fasting, reciting Qur’ān, giving Da’wah etc., are all acts of worship, but none have been described as being “the worship”. This was reserved for the worship of duʿā’. In fact, in revisiting the āyah that speaks of duʿā’, cited above, we see it is concluded with “Indeed, those who are too arrogant for My worship will enter Hell in humiliation”.[16]

“There is nothing more honourable to Allāh than Duʿā’”  [17]

Again, no other act of worship is spoken about or praised in a similar manner to this. Therefore, putting aside whether your duʿā’ is answered immediately or delayed, or whether you see the effects of your duʿā’ today or not, the fact that Allāh has inspired you to raise your hands and call upon Him means that He has inspired you to put forward one of the dearest acts of worship in existence. And Allāh will never leave the hands of the supplicant empty.

“Verily your Lord is generous and shy. If His servant raises his hands to Him, He becomes shy to return them empty.” [18]

If somebody knocks on your door and begs persistently whilst you are able to give, most of those with a gram’s worth of decency would be too embarrassed to withhold. To Allāh belongs the greatest example, for “if His servant raises his hands to Him, He becomes shy to return them empty”, a shyness that befits His Majesty and Glory, a shyness of limitless generosity, a shyness of fearless spending.

“Du’ā will benefit you from things that have come down from the heavens and things that are yet to come down, so – O Servants of Allāh – make as much duʿā’ as you can” [19]

Duʿā’ benefits you in things that have already happened: a car crash that has taken place; a relationship that has broken down; an addiction you have become prey to; an enemy that has targeted you, and so on. But it also benefits you in things that are yet to come, like a car crash that was on its way, a relationship that was going to break down, an addiction that you were going to cross roads with, or an enemy who was making his way towards you.

Realising this, the people of  duʿā’ do not wait for calamities to then knock on Allāh’s door, rather duʿā’ is a part of their daily routine, whilst seeking Allāh’s help from their existing challenges they prepare safety buffers – via their duʿā’ – in preparation for the trials of tomorrow.

Just how short have we been falling towards this act of worship? With the will of Allāh, let us begin to rectify this today. In the next part, we will discuss mannerisms of duʿā’ before our study of specific supplications in future parts, inshāAllāh.

[13] Muslim, on the authority of Abū Huraira

[17] At-Tirmidhī, on the authority of Abū Huraira

[19] At-Tirmidhī, on the authority of Ibnu ʿUmar