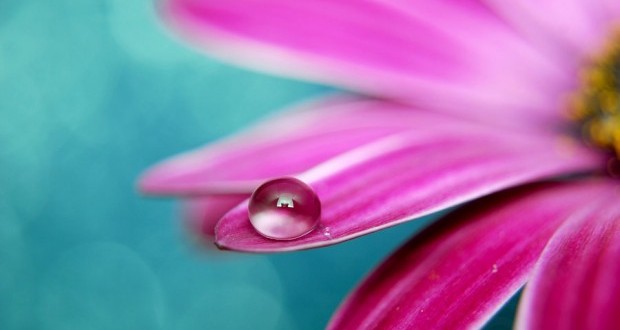 Ibn Rajab al-Ḥanbali’s Lata’if al Ma’arif is a detailed treatise on the merits, virtues and practices for the months of the Islamic calendar. His chapter on Ramaḍān is a masterful compilation of the narrations and āyāt related to preparing for, transforming through, and reflecting on Ramaḍān, alongside commentary that pulls it all together. It includes four sections: Ramaḍān’s distinctive qualities; transforming our relationships with the Qur’ān; the middle ten days, and the last ten days.

We will, inshāAllāh, take snippets of the text with short pieces of commentary and a summary at the end. This first part is a readying of the mind-set for Ramaḍān by mentioning what makes Ramaḍān special, and what we look to obtain from Ramaḍān.

Zayn an-Din ‘ibn Rajab al-Baghdādi ad-Dimashqi al-Hanbali (736-795 AH) was born in Baghdad. Ibn Rajab learned much from his father, who himself was a great scholar, and then studied in Egypt and Damascus where he settled down until he passed away. Some of the scholars he studied under were as-Subki, al-‘Iraqi (d. 806H) and Ibn al-Qayyim.

It has been documented in the two Ṣaḥīḥ collections [that of Bukharī and Muslim], on the authority of Abū Huraira (raḍiy Allāhu ʿanhu) the messenger of Allāh (sall Allāhu ʿalayhi wa sallam) said:

“The son of Ādam’s every good deed is rewarded from ten times its kind up to seven hundred times; [Allāh] The Exalted, The Majestic said: “Except fasting, which is for Me, and I reward it [as I see fit]. Indeed he [son of Ādam] abstained from [fulfilling] his desires, eating and drinking for Me. There are two joys for the fasting person; one when he breaks his fast, and another when he meets his Master, and the odour emitted from a fasting person’s mouth is better in Allāh’s Sight than the smell of musk.”

According to the first narration, fasting is excluded from the [good] deeds rewarded in [definite] multiples. Hence, every good deed is rewarded from ten times its kind to seven hundred times, except for fasting. Fasting is not confined to these numbers in its multiplication, for Allāh multiplies the reward (subḥānahu wa taʿālā) many times without limiting said number.

For indeed, fasting is [a form] of Ṣabr,[1] and Allāh the Exalted has said, “Those who persevere patiently will be given a full and unstinting reward.”[2] For this reason, it was reported that the messenger of Allāh (sall Allāhu ʿalayhi wa sallam) named the month of Ramaḍān as the “Month of Ṣabr”.

Ṣabr is of three kinds:

The three [kinds of ṣabr] combine during fasting, as it [consists] of steadfastness in obeying Allāh, abstinence from what Allāh has forbidden for one fasting, [with regard to fulfilling] the appetites, and enduring the pain experienced by the ṣā’im during it, including the pain of hunger, thirst, and the weakening of soul and body. This pain, originating from acts of obedience, is [one through which] the person is rewarded, as Allāh the exalted said with regards to those who struggle in Allāh’s cause:

“If ever they suffer any thirst, weariness, or hunger in Allāh’s cause, take any step that angers the disbelievers, or cause any harm to an enemy, a good deed is recorded in their favour on account of it— Allāh never wastes the reward of those who do good—  if they spend a little or a lot for Allāh’s cause, if they traverse a mountain pass, all this is recorded to their credit so that Allāh can reward them in accordance with the best of their deeds.”[4]

And in the marfū’ ḥadith of Salmān collected by Ibn Khuzaima in his Ṣaḥīḥ, regarding the distinctive quality of Ramaḍān:

“And it is the month of ṣabr; and for ṣabr, the reward is paradise.”[5]

And collected by al-Ṭabarāni, on the authority of Ibn ʿUmar, traced directly to the Prophet (sall Allāhu ʿalayhi wa sallam):

“Fasting: None knows its reward save Allāh, Exalted and Glorified be He.”

The act of fasting has two qualities that distinguish it from other acts of worship:

Developing ṣabr is a key goal of Ramaḍān. This means the ability not just to do good deeds when we feel ‘in the zone’, but also to develop a resolve and willpower to overcome our base desires and sustain these deeds habitually. This is a powerful reframing of the mind-set in order to live for a greater purpose.

[1] Ṣabr: Endurance, patience, steadfastness. The ability to exert will power in an attempt to defeat urges and temptations.

Abu Yusuf is a student of knowledge and khatīb from the UAE, studying Electrical engineering at the University of Nottingham and a BA in Sharī’a with EISH.