Interrogation in the Grave 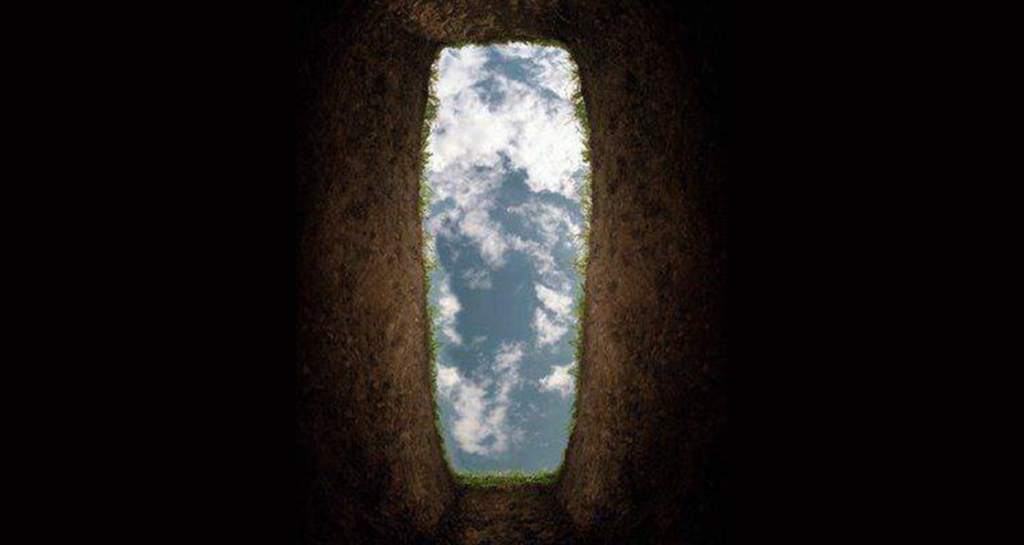 Interrogation in the Grave

Like death, the questioning of the grave is unavoidable. Everyone who has passed away is actually alive in the grave but the true nature of this life is beyond the realm of human comprehension, and while in that grave, each and every person will be interrogated about his faith. No one will be able to abscond. For the transgressor and the disbeliever, it will be a testing, traumatic experience about which the Prophet (sall Allāhu ʿalayhi wa sallam) said,

“It has been revealed to me that you will be tried in the grave; in severity, it will resemble the trial of al-Masīḥ al-Dajjāl.”[1]

The interrogation of the grave is something terrifying to behold, “[In this world], I have not seen a sight more harrowing than the grave”[2] and our Messenger (sall Allāhu ʿalayhi wa sallam) was so apprehensive of it and what comes after that one time, he stood by the side of a grave as a burial was happening, weeping and counselled his Companions,

“My brothers! Prepare yourself for this day!”[3] After burying the deceased, he would say, “Ask for forgiveness and firmness for your brother, because he is now being questioned.”[4]

“The grave is the first stage of the Hereafter. If a person succeeds there, what comes after will be easier; but if he fails, what comes after will be much harder.”[5] Success and failure will be determined entirely by the faith of a person and what they did during their life. In order for us to know how to pass this most important of tests, we first need to know what questions will be asked. Once we know what they are, we can determine what steps need to be taken, what preparation needs to done, in order to succeed.

Our narrative begins at the point when the soul is returned to the body in the grave and the deceased hears the footsteps of the mourners as they leave.[6]

Some people will be visited by two angels; stern, dark skinned with blue eyes,[7] voices like thunder and eyes like lightning-bolts: Munkar and Nakīr.[8] Others will be visited by just one of them.[9] They will make him sit up and sit up he will, rubbing his eyes. The sun will appear in front of him, red and dim as if just setting.[10] If he was a true believer, his prayers will be positioned at his head, his zakāh on his right side, his fasting on his left and the remainder of his good deeds, specifically charity, joining ties of kinship, good treatment of other people, by his legs. Punishment will approach him from each of these directions and each of those deeds will state, “You have no means of access here.”[11] The angels will begin to question him but he will say, “Give me some time to pray.” They will say, “You can do so later, first answer.”[12]

Despite their alarming appearance, the believer will neither be terrified nor overwhelmed.[13] The angels will ask different people different sets of questions, but all will revolve around belief in the Messenger (sall Allāhu ʿalayhi wa sallam) and following him:

“What did you say about this man, Muḥammad (sall Allāhu ʿalayhi wa sallam)?” The believer will reply, “I bear witness that he is Allāh’s servant and Messenger.”[15]

“What do you know of this man?” The believer will reply, “Muḥammad, Allāh’s Messenger, he came to us with guidance and clear proofs. We answered him, believed in him and followed him.”[16]

Once the believer has responded, the angels will say, ‘We knew you would say this,’[22] and a voice will then proclaim,

“My servant has spoken truthfully, prepare his bed from Paradise, open a door to Paradise for him and clothe him in the garments of Paradise.”’[23]

Through that opening, he will look on at its beauty and splendour. A gateway to the Fire will also open before him and he will see it, one part consuming the other and will be told, “Look at what Allāh saved you from, this would have been your abode had you disobeyed Him.”[24] Both sights will increase his joy.[25]

His grave will expand, stretching out as far as he can see,[26] becoming a green, fertile garden,[27] and it will be lit up like on a night when the moon is full.[28] [29] He will ask permission to go to his family to tell them the great news, but will be told to rest and given the glad tidings,[30]

A man with a comely face, nice garments and a pleasant odour will come to him and say,

“Rejoice, you have tidings that will delight you: rejoice in good pleasure from Allāh and gardens of eternal bliss. This is your day which you have been promised.”

He will ask, “Who are you, your face is beautiful and bodes well?” He will reply, “I am your good deeds, by Allāh I always knew you to be quick to do good deeds, slow to do bad deeds, may Allāh give you the best reward.” He will then supplicate,

He will then fall asleep, sleeping the sweetest sleep imaginable until resurrected and, while like this, his soul will be placed in the body of a bird which eats from the trees of Paradise.[33] [34] It is concerning this that Allāh’s Messenger (sall Allāhu ʿalayhi wa sallam) said,

“The soul of a believer is a bird that eats from the trees of Paradise until it is restored to his body on the Day of Rising.”[35]

The same will be asked of the hypocrite, the person beset with doubt. However, in answer to the questions, he will say, “I don’t know, I just said what other people were saying.”[39] They will say, ‘We knew you would say this,’[40] and he will be told, “You did not know, neither did you follow those who did.”[41] He will then be warned,

A voice will proclaim,

“My servant has lied, prepare his bed from Hell for him, open a door to Hell for him and clothe him in the garments of Hell.”

He will then suffer its intense heat and inhale its poisonous fumes, [43] and look on at the Fire. An opening to Paradise will also open before him and he will behold it in all its splendour and be told, “This would have been your place had you only obeyed Allāh. Allāh replaced this with that!” There will be no limit to the depth of his anguish and despair.[44]

His grave will constrict and compress around him so much that his ribs interlock,[45] and a man with an ugly face, coarse garments and an offensive odour will come to him and say, “I  have news that will distress you for this is your day which you have been promised.” He will ask, “Who are you, your face is revolting and forebodes evil?’ He will reply,

“I am your evil deeds, by Allāh, I always found you slow to do good deeds and quick to do evil deeds, may Allāh reward you with evil.”

He will then cry out,

A blind and deaf person will come to him carrying an iron hammer; were he to hit a mountain with it, he would pulverise it.[47] All of mankind, together would be unable to carry it, let alone prevent it striking its target.[48] He will strike the disbeliever with that rod, crushing him and turning him to dust and everything between the east and the west will hear it strike, except for man and jinn.[49] Then his body will be returned as it was and he will strike him again causing him to scream in agony, the sound of which is heard by everything except man and jinn.[50]

He will be set upon by seventy serpents, each having seven heads which will proceed to maul him,[51] then he will be rendered deaf, dumb and blind.[52]

Both the disbeliever and the hypocrite will be punished until Allāh resurrects them.[53]

[9] As indicated by some narrations such as Abū Dawūd #4751. Some scholars reconciled the narrations that mention two angels and one angel by saying that all people will be visited by two angels, however some will be interrogated by both and some by one. cf. Qurtubī, Tadhkirah 1:357

[51] Ibn Ḥibbān #3122 from Abū Hurayrah. Ṭabarānī, al-Awsaṭ records a ḥadīth that he will be set on by scorpions and serpents but this is not authentic.