Finding our ‘tribe’ in a modern world 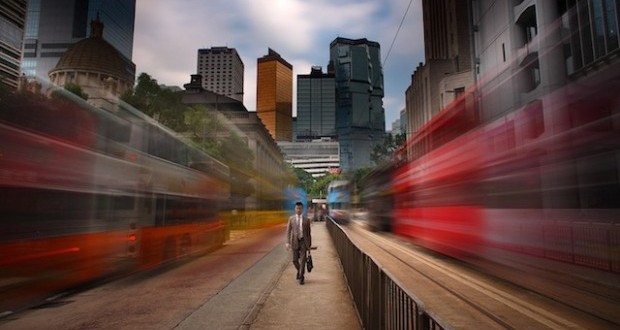 Finding our tribe in a modern world: Questions on belonging

Growing up in London, I felt fairly proud that I knew the neighbour to our right. To this day though, I don’t know the name of the Italian chap to the left, but at least we exchange friendly nods! Nothing ever happens in our area that needs a collective effort. Anything bad is taken care of by the police, or the fire department. Catastrophes, such as the recent failed coup in Turkey, Hurricane Katrina, or the Arab Spring, is when we see emboldened strangers band together independent of, or sometimes in spite of, formal institutions. During these heroic moments we as humans unlock a collective imagination that hints to us what it means to be fundamentally human. The modern aspiration of ‘self-dependence’ may be doing more to hurt us than help us. We naturally have strong instincts to belong to tight-knit groups defined by clear purpose and understanding; which I refer to as ‘tribes’. The Islamic concept of ‘Ummah’ may be understood as a macro form of the ‘tribe’.

As society modernises, I contend that this tribal connection has been dangerously lost and has left us humanly and socially unfulfilled. Regaining it, in some form, is key to our psychological and spiritual survival, both as individuals and as an ‘ummah’.

‘…that of one body. When any limb suffers, the whole body reacts with restlessness and fever’.[1]

I marvel at the striking sociological truth in this hadeeth. It is at the moment of ‘collective suffering’ that we most urgently remember our duty as a collective to ‘react with restlessness’. Never does the ummah feel closer to each other than when Gaza is being bombed into the stone age. The sheer predictability of global politics leaves me hoping – somewhat irresponsibly – for a catastrophe or something that would require us all to muster together to survive. Something that would restore what anthropologists dub our innate ‘tribal instincts’. What I want isn’t destruction and mayhem but the opposite: solidarity. I want a chance for us to serve our community – and each other. How do you become an adult in a society that doesn’t ask for ‘sacrifice’? How do you become a man in a world that doesn’t require ‘courage’? These sentiments play out very honestly amongst tribes and it’s fascinating. Questions of loyalty and belonging are never lost on tribe members. They realise these social virtues flourish best when society co-operates behind shared hardships – and it makes perfect evolutionary sense. Society must feel pain as ‘one body’ in the prophetic tradition. Humans don’t mind hardship, in fact they thrive on it. Disasters are at times remembered more fondly than weddings and tropical vacations. What we do mind is not feeling ‘necessary’. Modern Western society has perfected the art of making people not feel necessary. It’s time for that to end.

Modern civil life promotes hyper-individualism to such extremes that we are no longer dependant on our neighbours to survive. Never in human history has this been so true. Only at times of overwhelming disaster do we relearn our dependance on each other to survive. Why is our patriotism heightened after a terrorist attack? Why is our humanity poured out after a brutal mass shooting? Communities that have been devastated by natural or man-made disasters almost never lapse into chaos and disorder, if anything, they become more just, more egalitarian, and more deliberately fair to individuals. The positive effects of war on mental health were first noticed by the sociologist Emile Durkheim, who found that when European countries went to war, suicide rates dropped. Psychiatric wards in Paris were strangely empty during both world wars. Researchers documented a similar phenomenon during civil wars in Spain, Algeria, Lebanon, and Northern Ireland.

“When people are actively engaged in a cause their lives have more purpose… with a resulting improvement in mental health,” Lyons wrote in the Journal of Psychosomatic Research in 1979. It would be ludicrous to suggest violence as a means of improving society’s mental health, but studies show that people feel better psychologically if they have more involvement with their community. Humans must feel necessary to those around them.

In 1961, Fritz assembled his ideas into a lengthy paper that began with a startling sentence, “Why do large-scale disasters produce such mentally healthy conditions?” Fritz’s theory was that modern society has gravely disrupted the social bonds that have always characterised the human experience, and that disasters thrust people back into a more ancient, organic way of relating. Disasters, he proposed, create a ‘community of sufferers’ that allows individuals to experience an immensely reassuring connection to others. As people come together to face an existential threat, Fritz found, class differences are temporarily muted, income disparities become immaterial, race is irrelevant, and individuals are assessed simply by what they are willing to do for the group. Humans are so strongly wired to help one another – and enjoy such enormous social benefits from doing so – that people regularly risk their lives for complete strangers. It is a kind of fleeting social utopia that the Islamic ‘Ummah’ in theory calls to, but in practice has lost.

Let us stay pragmatic. Modern life, with its distancing technology and revised social makeup is not going anywhere anytime soon, and we probably don’t want it to. It suppresses the needs of the ‘collective’ and prioritises the needs of the ‘individual’ – we get it. The question forces itself is how do we have the best of both? How can we still get from London to Mecca in 6 hours, be self-sufficient in society, and yet feel like a meaningful – and necessary – part of our own ‘tribe’? Islam lays out social rules that allow communities to scale and modernise exponentially, yet keep rich social relations intact at the same time. It creates pockets of tribes within each local community with their own identity and idiosyncrasies, which all come together to form what I call the ‘macro-tribe’ – the Ummah. For instance, Islam requires men to pray 5 times a day at the mosque – the perfect ‘tribe bonding’ moment – and it takes it very seriously. Moreover, we are encouraged to live specifically within ‘walking’ distance of a mosque – not ‘riding’ or ‘driving’ distance. This itself maps out a deliberate urban economics for society. Establishing the five daily prayers is a social duty that ensures that the community has a ‘shared purpose’ at all times, something deeply characteristic of what makes tribal structures work so well. If you were to ask an average Londoner what their social duties were, you probably won’t get a response more enlightened than ‘taxes!’. The Muslim community is also responsible for the welfare of their direct neighbours; to feed the hungry of them, to aid their weak and visit their sick. These social duties are obvious to tribal life. By Islam immortalising them as sacred parts of faith, it ensures that no matter how society scales, and however much they modernise, they never lose what is important – each other.

We are in a socio-psychological crisis. For nearly a century, the national suicide rate has almost exactly mirrored the unemployment rate. We are socially dead inside, and it’s because we don’t care – not enough at least. We need to reclaim not only purpose within our own selves, but purpose in relation to one another. It’s a national conversation that urgently needs to be had and imbued into the national psyche. We as humans necessarily ‘belong’. We belong to an incredible entity at both the micro level – our community – and at the macro level – our Ummah. Allah describes His creation as being created in one of two categories – ‘nations’ and ‘tribes’. A nation is often referred to as large scale and complex societies, whereas a tribe is a much lower scale and simpler operation. This all-encompassing grading of society is not an accident. The suggestion here is that Islam is agile enough to organise social relations wherever a society finds itself on the tribe-to-nation spectrum.

To collectively reimagine these lost values is not an easy task, but it begins by relearning our immediate duties to one another – beyond taxes. The Prophet (peace and blessings be upon him) spoke of a tight-knit community of believers that subscribe to a ‘brotherhood of pain’ and a ‘brotherhood of affection’. The moment we fail to realise and stand up for the pain of one another is the moment that we die inside – emotionally, mentally and spiritually.