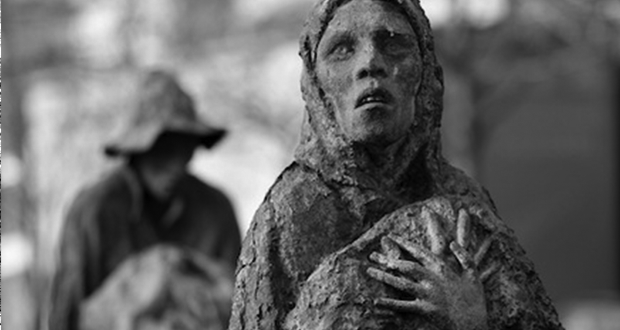 In a climate where Muslims are constantly being attacked and vilified and their religious freedoms are gradually being restricted, open discourse has often led to a greater understanding of Islām. Despite the progress that has been made to combat Islamophobia in British society, certain influential figures continue to promote misinformed ideas, and propagate their own personal views about Islām that are born out of sheer ignorance. One such individual is James McConnell, a born-again Christian pastor from Ireland who on the 25th of May 2014 openly launched a vicious tirade against the religion of Islām in his sermon. Not only did he accuse Islām of being ‘satanic’ and ‘heathen’, but also went on to call it ‘a doctrine spawned in Hell’ [1]. These unsubstantiated and inflammatory remarks not only fuelled anti-Islamic sentiments, but also gave Islamophobes the ammunition they needed to attack the Muslim minority living in Ireland [2]. Furthermore, he did not restrict himself to delivering a generic observation of Islām as an ideology, but went on to condemn every single Muslim throughout the world by confessing that he does not trust them.

Equally shocking were the subsequent comments of the First Minister of Northern Ireland, Peter Robinson, who further stoked the flames of controversy by issuing a public statement in support of the pastor’s views [3]. This not only gave McConnell’s views added significance but it also gave him the support of a mainstream political party in Ireland. While both the Pastor and the First Minister made no attempt to hide their bigoted and racist views, it is surprising that they directed them towards a religion and people that played a supportive role in saving Ireland over 160 years ago.

In the middle of the 19th century, Ireland was engulfed in a famine, which saw the country’s population decrease by almost 25% [4]. During this period in Ireland’s history, one million people lost their lives to famine related diseases and mass starvation, and a further one million emigrated to England, Scotland, the US, and Australia [4]. The severity and the sheer scale of the disaster resulted in the plight now being commonly referred to as ‘The Great Hunger’. While the inaction of the British government undoubtedly exacerbated the situation, foreign aid played a vital role in providing assistance to the afflicted. One of the most noteworthy donors was the Muslim Ottoman Caliph, Abdul Mejid, who is reported to have initially pledged £10,000 in aid to Ireland [5]. However, due to excessive political pressure, after being warned about the danger of sending more money than the £2000 Queen Victoria of Britain donated to her own Kingdom, the Muslim Caliph had no choice but to reduce the aid to £1000.

Despite conceding to this agreement, and the diplomatic constraints placed on him, the Caliph understood that the limited aid he had sent would not be effective enough in the face of the disaster that Ireland was going through. Thus, he also sent 3 ships full of food and additional monetary funds in secret, which the British officials blocked [4]. After being refused entry into the ports of Dublin and Belfast, Ottoman sailors secretly unloaded the food in Drogheda, a small town North of Dublin [6]. Essentially, while Britain took a more nonchalant approach to what was happening on its own doorstep, the very people that James McConnell is so distrusting of took it upon themselves to help a country that was suffering the biggest disaster in its history.

To commemorate this act of kindness and generosity towards their country, the Mayor of Drogheda, Alderman Frank Goddfrey, paid tribute to Caliph Abdel Mejid in May 1995 and erected a plaque in his honour [7]. The appreciation the Irish people felt for the Muslims and their ruler is further exemplified in the crest of the Drogheda United football club. As a token of respect, the club emblem features a star and crescent moon in honour of the help Muslims provided their country, during one of the darkest moments in its history. This is in stark contrast to the image McConnell attempted to depict of Islām, proving that his verbal diatribe against Sharī’ah Law, Islām, and Muslims was not supported by any factual evidence, but was borne from his bigoted, ignorant and racist views against Islām and Muslims.

If James McConnell and Peter Robinson had made an effort to ask Muslims about Islām, instead of basing their ignorant views on Islamophobic media reports, Ireland’s reputation would have been saved from the stain and stench that it has suffered in the wake of the Pastor’s comments. If they had bothered to read about the history of their own country, they would have realised that Sharī’ah law is not a ‘satanic doctrine’ because the Muslim Caliph that showed extreme generosity and kindness towards the Irish people of the past was implored to do so by the very laws that the pastor spoke out against. Furthermore, to even suggest that Muslims cannot be trusted is a damning indictment of the close relation Muslims and Ireland once had. Quite frankly, this type of rhetoric would have been appreciated during the great apartheid in South Africa, the slave era in America or dare it be mentioned, during the rule of Adolf Hitler who was determined to “cleanse” Germany of Jews.

This brief look into the intertwined history of the Ottoman Empire and Ireland shows that contrary to the pastor’s beliefs, Sharī’ah Law is not an evil ideology, nor is Islām a religion of evil. While showing compassion and mercy to fellow humans is not a teaching unique to Islām, doing so within the framework of political relations is something that Islām proudly enforces. Islamic history has always provided examples of co-existence between Muslims and other faith groups and the protection extended to them, and the case of Ireland and the famine of 1845 is no exception to this. Despite the political obstacles that he faced, the Muslim Caliph and his people contributed greatly to help the Irish people because this is what Islām and the Sharī’ah demands from Muslims. History now looks favourably upon those Muslims that held firm to their principles despite pressure from the British authorities to do otherwise—perhaps there is a lesson in this for us today. Through these teachings from the Qur’ān and Sunnah, Muslims are directed to look after all humans, irrespective of race, religion or background. And while the James McConnells and Peter Robinsons of Ireland would like to have people believe that Muslims are inherently evil, and follow a satanic religion, a cursory look into their own history will prove this to be far from the truth.