Lessons Learnt as a New Imam 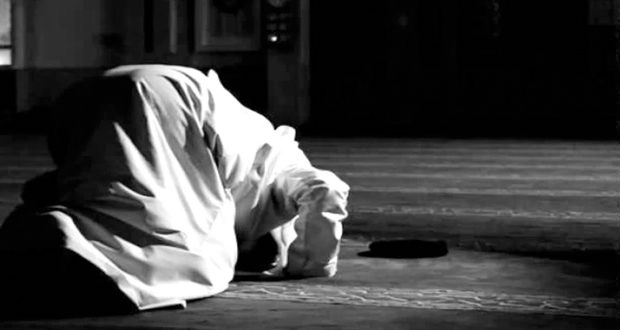 Having been blessed and honoured to take on the role of an Imām, I have learnt and been taught first-hand many new things that will neither be taught nor mentioned in books. For this reason, I would like to share some of my own lessons, hoping to inspire the new generation of students and activists into taking up similar roles, perhaps becoming the pillars of tomorrow’s change.

The most valuable lesson I have learnt thus far is taking company with those who are experienced as Imāms, teachers, counsellors and leaders. Sometimes I will perceive issues from a certain angle; before acting upon this presumption I will seek counsel and, more often than not, will be shown and made aware of an entirely different perspective of which I was completely unaware. It is times like these that make me realise that we can only ever perceive a picture from a small corner of its reality on our own.

This has taught me that one of the most important processes of any decision is to ask those who are both experienced and older. Asking peers is good practice, but age and experience make the real difference. This is especially true in projects relating to daʿwah and activism. Historians mention that one of the benefits of history is learning from the blueprints of the past. Our elders and seniors can relay these blueprints directly and introduce us to different perspectives that we, as a younger generation, have yet to learn. Our elders have lived through many trials, made many errors, learnt much wisdom through experience that we have not yet been exposed to. Our new generation of hopeful duʿāt and activists should not waste the opportunity to seek their advice and guidance lest we fall into a vicious cycle of repeated mistakes.

As a society, and as a Muslim community, we tend to place much focus on leadership but leadership is not an overnight process. Rather it is a long-term process to build a leader – they do not build themselves. I would therefore suggest that before we take positions of leadership we should first enquire if there is anyone who will guide, advise, teach, raise, and develop us further as both individuals and elements of tomorrow’s collective progress.

In regards to the duties of an Imām, leading the prayers is the easiest part in comparison to the real duties required of him. It does not matter how beautiful a person’s voice sounds; people are not in need of a beautiful voice in their community. Rather, they are in need of a person who can connect them to the words being recited, and that is the greatest challenge. The Prophet (sall Allāhu ʿalayhi wa sallam) was himself Imām of the Masjid but was his role defined by simply leading the prayers? When Abū Bakr (raḍiy Allāhu ʿanhu) was commanded to lead, was it due to his voice and recitation? It was not.

As for teaching and imparting lessons; people are not in need of awe-inspiring academic lessons, they need to be connected to Allāh and have Islām made relevant to them in their lives. Practical means of implementation are required, not intricate details and explanations which, if given on their own, more often than not, serve solely to show off one’s strength and depth of understanding. The true scholar is the one who raises the people not simply impresses them.

Furthermore, many theological differences are not relevant to the masses at all and should not be discussed with them nor in the public sphere. For the purposes of daʿwah, the most important thing an individual wants and needs is to know Allāh, the Exalted, and worship Him, whilst feeling a connection with Him. They neither need to know nor care to know why and how theological disputes within the Ummah came about; their individual rulings, or indeed, the ruling of groups or individuals attributed to particular views. Often this type of information was meant only for the eyes and circles of the scholars and students.

I believe and have seen that the role of Imām—if taken seriously—can be one in which the face of the UK and the West is changed. If we were to have active Imāms across the country, involved in their communities publicly, privately, politically, academically, on the streets as well as in the Masājid and universities; were they to connect not only with Muslims but non-Muslims; were they to promote social justice within their respective communities, and then come together as a collective—in ten years we could have a powerful movement stemming from the masses on all levels.

As Imāms and leaders, we sometimes overlook the importance of dealing with our congregations’ concerns about their homes or lives. We sometimes fall into viewing people as a strain on our time which we feel could be used setting up institutions or building individuals and giving lessons. What we forget is that those people we help are the people who make up our Ummah and they are the people who will make up any movement we try to lead or be a part of. It is those individuals who do not attend academic institutions or centres for learning that need to be reached out to; dealing with their issues is one way of doing so. Perhaps amongst them we will find the truly sincere, whose duʿā’s will be answered during the nights, and perhaps if Allāh uses us to aid them our names will be upon their tongues.

In the last few months alone I have witnessed at least 10 or so people embracing Islām. A few of them have become regular members of the Masjid and are very sincere and hardworking. If these individuals had aides who would pour their time into assisting them they would effect great change in our society.

We have a responsibility, are we truly doing our best to honour it?

In contrast to this, I have also seen how many problems our community suffers from, especially in regards to marriage. There are stories I have come across that are depressing and make you fear for yourself and family. These issues have made me realise that, whilst we are debating petty issues of no relevance and discussing intricate issues of fiqh and theology, many of our people are drowning. Whilst they are in need of a spiritual lifeboat we, as Imāms, students, scholars, activists and duʿāt, are unaware, and perhaps we could not provide one even if we tried as we have not had the required spiritual nurturing ourselves.

I have come to appreciate Imām al-Ghazāli (raḥimahu Allāhu) a lot more of late. I understand why he might have reclused seeing spirituality as the only form of revival. To revive a dead body the heart must first be revived and given life again, our situation in many ways is very similar to that of his time.

The most important skill an Imām needs, it seems, is to know how to connect with people and to be a person with the people, not a “leader”. He first needs to be their servant. People do not care how much you have memorised or read, they will not appreciate it either. What they do care about and appreciate is your akhlāq and how you help and treat them. The Prophet (sall Allāhu ʿalayhi wa sallam) was a servant to his community before revelation came to him, and for this reason the early followers who knew of his Prophethood accepted it immediately. It was not due to his immense knowledge and understanding but his character and personality. The Prophet (sall Allāhu ʿalayhi wa sallam) referred to those around him as his companions, and those that would come after him as his brothers; not his students and followers. This shows his relationship with those who surrounded him and how he viewed those who would come after him.

The Imām is the public face of a hard-working team and group of like-minded individuals. Before any change can be made, like-minded individuals need to be networked and kept close together, supporting and helping one other. An Imām needs to listen more than he speaks; he needs to serve and build. People will support and serve those who have served and supported them. Power is not simply in a student’s or activist’s academic prowess or eloquent speech, it is in the numbers and quality of those behind him.

Image is also very important by way of grooming and clothing. It is a Sunnah of the Prophet (sall Allāhu ʿalayhi wa sallam). We, as an Ummah, are representatives of Islām and so should present ourselves as such.

Another imperative reality which requires understanding and applying the Islamic limits and guidelines is dealing with the opposite gender. If these guidelines are applied it can be a means of remaining safe from fitna and doubts and, if not followed, could lead to the destruction of our dunya and ākhira.

I conclude with a final lesson learnt: today Muslims are looking for people who bring about positive change in society, those who build institutions that will take our communities forward. What they do not want or need are students of knowledge returning from these institutions only to do nothing, or worse still, cause division and confusion amongst Muslims.

May Allāh use us for His Pleasure and not replace us.