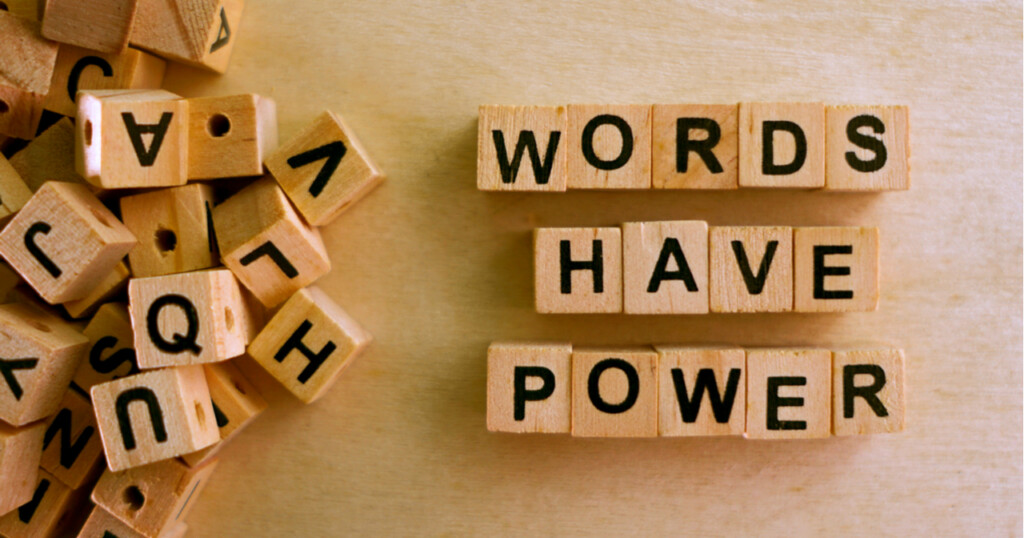 We’ve all had those conversations. It feels as though the moment the words have left your lips, they travel through some bizarre mistranslation machine before they reach the other person’s ears. What you’re saying is not being heard. Or what is heard was not intended. So you’re left baffled and they’re baffled too – or maybe even angry, confused, and looking for an exit. Few things like a clumsy choice of words can get the emotional thermostat going from zero to nuclear within seconds.

Why does this happen? It may be because language is not innocent. Language is not a neutral vehicle of communication as we think it to be, but is instead a living, organic, and evolving system that allows you to throw nuggets of meaning at others – hoping they manage to catch it right.

Language also has the incredible power to shape your entire perspective on any given matter. You often don’t realise it, but narratives are formed from precisely selecting words, reinforcing them, and framing them in a particular context. The words you don’t use are often as (if not more) important than what you use. No stranger to the cynical manipulation of language, George Orwell once said, “If thought corrupts language, language can also corrupt thought.”

So what does this mean for us as Muslims? There is plenty that gets lost in translation when it comes to our understanding of Islam and Islamic concepts. Words can carry connotations that just don’t ‘vibe’ with the native ear at best, and are potentially disastrous at worst.

Ever felt the silent confusion and borderline awkwardness of a person who hears Islam means “submission to the will of God”? For the average English speaker, the word ‘submission’ conjures up images of an abused and powerless subject, held in the cruel clutches of a master who profits from the subject’s helplessness. A ‘submissive’ wife, employee, or child is unable or is prevented from thinking for themselves, meekly surrendering to what is demanded of them. “I am a servant (or better, slave) of God” or “I live in submission to God’s will” therefore carries a heap of semantic baggage that is just not appealing at all. Least of all to the ‘free’ human beings who tell you that “It’s a free country” and “Freedom for all” are one of the highest pursuits.

Meanwhile, in the mind of the believing Muslim, submission to God is the most worthwhile pursuit. This submission is a way of harmonising one’s life in accordance with what one’s Creator has laid down, and therein one finds true spiritual freedom. Surrendering is to see that the world around us follows the divine laws laid upon it, and humans can reach the peak of their potential by following the same laws.

For example, what is ‘modesty’? Depending on geography, place, time, or even weather, you’ll get different answers for what constitutes ‘modest dress’ in public for both men and women. What is demure to one can be positively scandalous to another. For the Muslim, we replace this subjective interpretation with a broad but codified and clear list of conditions. We use source texts to align our understanding of what modesty (inner and outer) entails for men and women. The personal subjective interpretation of modesty can be a world away from the one looking to divine authority to set the parameters.

We also see how a single word has the power to explode intense and often contrasting images in the mind of two listeners. “Sharia law!” Muslims see the Sharī’ah as a ‘source to a watering hole’ (its root meaning) where your spiritual thirst is quenched and practical affairs are aligned. Alternatively, ‘Sharia’ to others means a group of blood-thirsty barbarians waving their swords in the pursuit of limbs to amputate and helpless maidens to abduct.

Another example: what might a ‘spiritual’ person look like in a secular space? There may be some reiki healing crystals lying around them, a pocketbook of mystic poetry, maybe even a pint-sized Buddha statue from Homebase in the hallway. What does ‘spirituality’ conjure up for the Muslim? It’s the private and often painful internal work of wrestling with the nafs (inner self) and overcoming the ego. A long and slow pursuit that rests on a foundation of engaging in prescribed worship. Two very different pictures of the same word.

Our language needs to be unpacked and explored. New terms crop up and suddenly become trendy, making us feel we have a new perspective that we never considered before.

Have you noticed ‘minimalism’ taking off? We are Mary Kondo-ing our homes, purging each room of all the useless clutter that does not ‘spark joy’. It is as if we are only just now being introduced to the ‘philosophy’ of living simply and being mindful of the material things that burden our lives. We might be forgiven for not remembering the very concept of Zuhd from our own tradition. Zuhd itself is often merely translated as ‘ascetism’, but its origins and applications are far-reaching and holistic. Zuhd means to live in the world but not be of the world. It is to understand how best to survive a material world but with immaterial goals.

As some workplaces scramble to send employees off on ‘mindfulness’ workshops – focusing on ‘presence’ and consciously living through each moment in an intentional way – does this concept not sound vaguely familiar to us? The concept of khushū’ isn’t only the preserve of prayer for Muslims. Keeping a strong sense of intentionality is an aspiration for all our actions (mundane and otherwise), and should ideally be part of everyday living.

We know that language defines the parameters of our thoughts. When it comes to the words we consume as Muslims, we must therefore tread with caution. Carefully consider the language you are presented with and whether the words used mean the same thing to the speaker as they do to the listener. Who is talking? What language are they speaking? Explore the origins and roots of the words we rely on to understand and practice our faith, and use that to illuminate your perspective on it.

“Language exerts hidden power like the moon on the tides.” Just be sure that when you’re dealing with understanding your creed, your anchor is strong and won’t let you get swept away in the semantic waves.