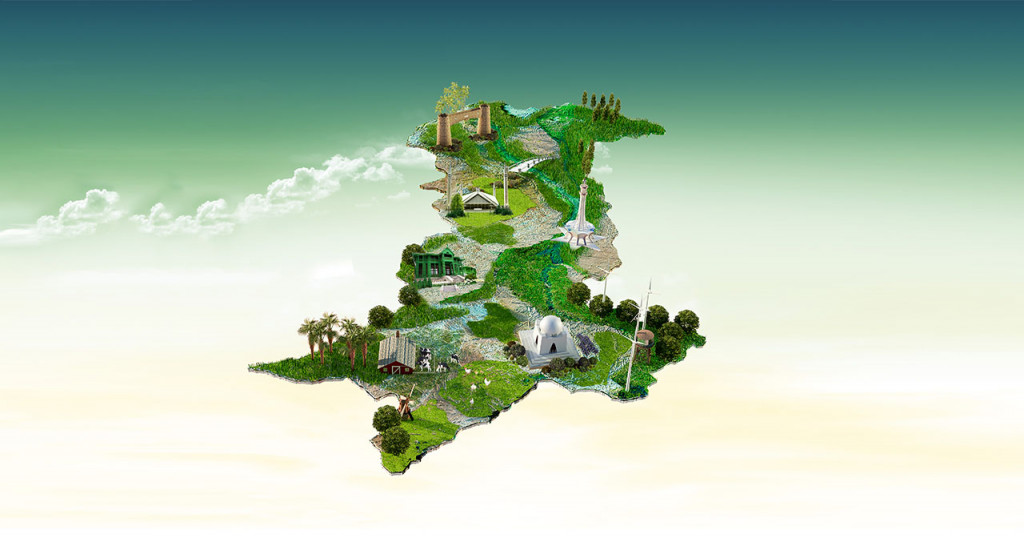 Pakistan’s Independence Day is celebrated on the 14th of August every year. However, the festivities had particular significance this year, as Prime Minister Imran Khan declared it as being ‘Green Pakistan Day’. The colourful name is in reference to an ambitious project to help restore the nation’s depleting ecosystems by planting millions of trees. In addition to celebrating the 74th anniversary of Pakistan as an independent state, citizens were encouraged to plant trees as an additional show of patriotism and solidarity on a day filled with goodwill, festivities, and remembrance.

The on-going tree planting drive, which is gloriously named ‘The Ten Billion Tsunami Project’, is an initiative of the government of Pakistan. The main objective is to reclaim forests uprooted from colonial times and lay the path for a greener, more eco-friendly nation.

“Humans have done such a disservice to God’s blessings, to this world, that many things – rising sea levels for instance because of warming and emissions – cannot come back to how they were before…All of us living in the world today, if we do all we can, maybe we can save the world from even worse harm to come.”[1]

This comes at a critical time when developing countries specifically are reeling in the wake of the COVID-19 pandemic. The problems of high unemployment, burdening international debt, and increasing worries about global warming are only aggravating the matter. Despite having a huge population of over 200 million – with an area almost equal to that of UK and France combined – and a rich array of natural resources, Pakistan is one of the poorest countries in the region. It currently struggles with poverty, illiteracy, and corruption. In addition, a major issue which threatens Pakistan is water scarcity. When combined with air, water, and land pollution, this means that the country is immensely suffering the devastating effects of climate change.

Successive governments have focussed on developing urban infrastructure, often at the expense of arable land. Road and rail links, although fundamental to the continuing development of a country, tear through green landscapes and destroy habitats. With temperatures surging even in European nations, those in authority are finally waking up to the reality of this terrifying crisis. The damage in the Earth’s environment is already irreversible, but to curb or at least buffer further effects of global warming, man’s activities need to be checked, so that at least some balance may be restored.

As Allah says in the Qur’an:

“Corruption has appeared throughout the land and sea by [reason of] what the hands of people have earned so He may let them taste part of [the consequence of] what they have done that perhaps they will return [to righteousness].”[2]

This verse is primarily an admonition to those who have gone astray, as they are being called to turn back to God. However, its relevance to man’s actions on the environment is undeniable.

The Secretary General of the United Nations said in a recent report:

“The alarm bells are deafening, and the evidence is irrefutable: greenhouse gas emissions from fossil fuel burning and deforestation are choking our planet and putting billions of people at immediate risk.”[3]

Custodians of the Earth

The Qur’an relates the story of Adam (ʿalayhi al-Salām), when Allah declared to the angels that His new creation would inhabit the Earth as successive generations. Mankind as a whole is described as taking up the responsibility to be the custodians of the Earth. As the world and its resources are finite, it so follows that to provide for future generations mankind must utilise these resources with wisdom. Conversely, at a time when the richest of men compete with each other in childish races into space and multi-national conglomerates justify their corruption of land by citing progress, abuse and exploitation of the environment is often taken for granted!

Allah has provided the Earth as an amānah, namely a trust from God. As such we are obliged to look after it, and all that it contains (including ourselves), in the best manner possible.

In an authentic hadith, the Prophet Muhammad ﷺ said:

“The world is beautiful and verdant, and verily God, be He exalted, has made you His stewards in it, and He sees how you acquit yourselves.”[4]

Again and again in the Qur’an and Sunnah, we are reminded of our responsibilities and what we must fulfil in order to retain our God-given rights: to uphold the rights of others, to treat animals with kindness, and to apply moderation in our actions. The Prophet ﷺ forbade cutting down trees without any valid reason (as during battles). Instead, the planting of trees is a meritorious act which deserves reward:

“If a Muslim plants a tree or sows seeds, and then a bird, a person, or an animal eats from it, it is regarded as a charitable gift (ṣadaqah) for him.”[5]

“Whoever plants a tree and diligently looks after it until it matures and bears fruit is rewarded.”[6]

“Even if the Resurrection were established upon one of you while he has in his hand a sapling, let him plant it.”[7]

So how does planting trees and establishing forests help to combat the effects of climate change?

Firstly, trees act as ‘carbon sinks’, soaking up toxic gases in the air, which include carbon oxides. Secondly they can ‘regulate the movement of water through ecosystems, reducing flooding and cooling the local climate’, among many other benefits.[8] Trees help to increase biodiversity by providing habitats for wildlife and birds. They also stabilise the soil and prevent erosion caused by rain and wind. Of course, access to trees, forests, and nature as a whole is important for man’s physical and mental well-being.

What can you do to help?

There are a number of schemes and charities that help with tree planting nationally and abroad, whether on the African continent or even within Palestine. Closer to home, the public has been invited to participate in a tree planting drive to commemorate the Queen’s platinum jubilee next year. As the longest-reigning monarch in British history, 2022 will mark 70 years since the Queen ascended the throne. Affectionately named the ‘Queen’s Green Canopy’, this drive seeks to:

“…encourage planting of trees to create a legacy in honour of the Queen’s leadership of the Nation, which will benefit future generations.”[9]

In conclusion, the leadership and citizens of Pakistan should be applauded for their efforts in trying to combat the effects of climate change by undertaking a number of projects, including reforestation. Only recently, statistics indicate that Pakistan had only five trees per capita (compared to 47 in the UK), and it is hoped that this status quo can be improved with the tree planting drive. There are, of course, a number of factors that need to be considered, like planting native trees and having the community involved. Inshā’ Allāh, Pakistan is well on its way in creating a greener and more sustainable country.