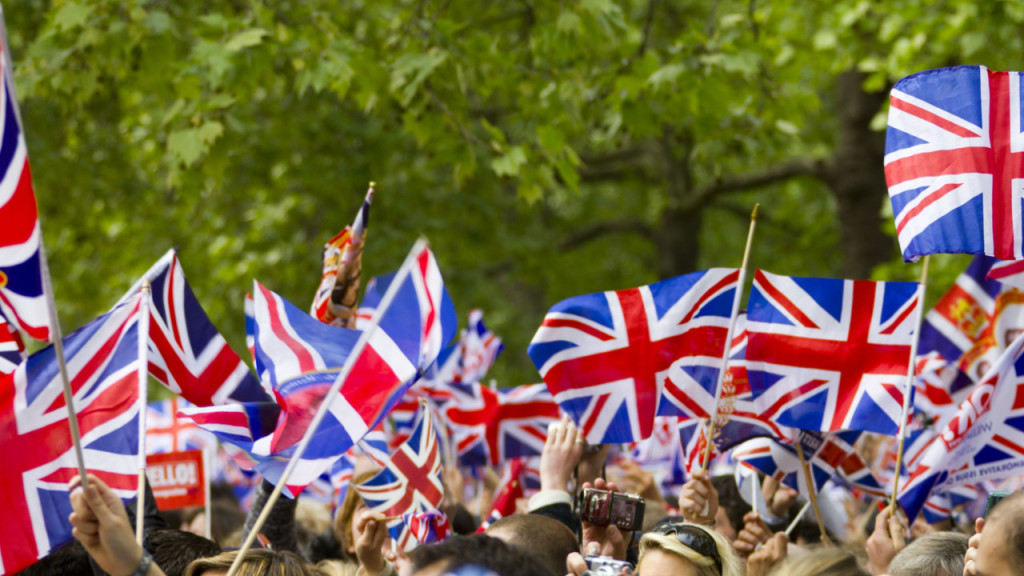 In short, the life of a Muslim revolves around Allah and His Messenger Muhammad ﷺ.

Whenever a people come and try to impose upon us another way of life, another way of looking at things, another yardstick by which we measure and evaluate anything around us, we can never accept it—because that would be to renounce the fundamentals of our faith, which is more precious to us than our very lives. This substitution is something that we as Muslims have always rejected and opposed, and we have always affirmed the case that no matter what the consequences are, we will make it very clear that our lives revolve around what Allah loves, and we reject all of that which Allah hates and is displeased with.

The death of Queen Elizabeth II

In the wake of Queen Elizabeth II’s death we have seen many Muslim organisations quick to send out messages of condolences. To be clear, doing so is perfectly within the realm of Islamic norms and something which Allah and His Messenger are pleased with—if done for a good intention in emulating the Best of Creation ﷺ.

However, when we look at the socio-political backdrop it is easy for one to suspect that many of our Muslim organisations felt pressure to do so because of the culture of suspicion and second-class status spread by successively xenophobic governments and populists, exemplified in the likes of the Prevent strategy. As a result of such a climate of fear, when events like these occur they are effectively a test for Muslims: do you belong here? How far are you willing to go to prove it?

This is because citizenship for Muslims is not as assumed as it is for White people;[3] rather it is conditional. These conditions are further cemented by events like these, and Muslims feel the pressure to prove they are British—more so than anyone else. Muslims are always looked upon with suspicion.

When the Queen passed away there were statements abound from non-Muslims who were calling for the abolishment of the monarchy; but rarely would we find Muslims who feel they are able to express such sentiments because of the fear of consequences in the shadow of the Prevent strategy.

Many Muslims feel that the only sentiment they are allowed to express is glorification of the Queen and everything about her; to whitewash all of the murder, atrocities and plunder that has occurred in the name of the monarchy historically and today—despite they themselves arguably having no authority. This is the pressure they have felt. If Prevent has succeeded in anything, it is in restricting criticism from Muslims of the state and its institutions—however symbolic. So instead we have seen various different expressions of this silencing, and glorification of an institution that set about dismantling Muslim lands, putting Muslims to death, and taking away their Islamic identity.

Can Muslims love the monarchy?

It is very difficult to imagine how a Muslim can love and revere an institution that as a matter of fact has historically committed such unspeakable atrocities around the globe—even if such atrocities weren’t against Islam and Muslims. Our fundamental of loving and hating for the sake of Allah means that we love justice and hate criminality. A Muslim—a person who stands for justice—could in no way love heinous crimes or the institutions that were part and parcel of those crimes.

This is why seeing some Muslims in mosques glorifying and praising Queen Elizabeth II, children waving crucifix-bearing British flags, singing the national anthem, is highly cringeworthy at the very least, for Muslims who understand their dīn. Of course, it is part of our faith as Muslims to acknowledge the good someone has done, even disbelievers; if that good quality is something Allah loves, for it goes back to the same fundamental principle. We should not feel that commending a disbeliever for doing good is some kind of existential threat to our īmān or that the dīn is in jeopardy, for that is a sign of weakness and lack of confidence in our own identity and īmān.

However, to not stand up against the reality which she was part of—the colonial past of the British empire—is not acceptable from the standpoint of the Muslims being appointed over mankind to stand up for justice and against oppression. This is in addition to the distaste we have for the union jack due to its Christian background; we would never accept ourselves as Muslims to hold a crucifix, let alone to take one in to wave in one of the most sacred places, the mosques of Allah.

Is the Queen in paradise?

The worst thing in the events such as these where Muslims have gathered in a masjid or other places celebrating only the good that the Queen did in her life, was a statement where we saw one of the young Muslim boys saying “She deserves paradise because of the good she did”. First and foremost, Islamically, this is completely false. As the Prophet ﷺ said,

Looking at the details of such events, you may differ over the halal or haram of it; in the reality of what the monarchy stood for and is part and parcel of, the atrocities committed in its name, and therefore not standing up for justice. However, the dangerous cocktail of contextual factors also encourage false beliefs to creep into the Muslim identity. And this is particularly dangerous when we know that institutions within our country are actively promoting the removal of aspects of our identity as Muslims, particularly those elements that are a nuisance to those who profit from spreading and perpetuating injustice.

At the same time, we have seen the opposite extreme in the treatment of those who took part in such events, even if they didn’t hold or espouse any false beliefs and just gave simple condolences for the death of the Queen. We saw some Muslims go to the point where they declared anyone present or those speaking at the event as being hypocrites, and even to the point of indicating or explicitly saying that such people’s faith is in doubt or they have left Islam completely.

The fundamental principle I began with works also for how we deal with those we disagree with. We do not attack them as an anti-monarchist would attack a monarchist no matter what, ignoring the most important bond in this universe—the bond of īmān. We deal with our disagreements within the framework and methodology that Allah and His Messenger ﷺ taught us and love for us.

To question a believer’s sincerity and īmān, who may be under pressure to say some things at these events, to protect themselves from being scrutinised by the authorities, is unjust at the very least. Such rulings upon people are extremely grave, and it is not the way of the Muslims to throw around these labels with weak justifications, without being an Islamic judge, qualified to investigate the reality, and given authority to actually preside over these issues and people. To jump to label without the due Islamic process is completely un-Islamic and unjust.

Death is a reality that no Muslim can take lightly. This is also from our loving and hating for the sake of Allah. We understand that with death a person either goes to an eternal punishment, or an eternal abode of complete and utter bliss. We do not wish the hellfire upon any single person, because we understand the reality of what that is. And it truly does sadden every Muslim when someone does pass away without īmān, because that means they are going to the hellfire; a punishment and torture which is never-ending.

Muslims are compassionate people. We were taught that by the Prophet ﷺ; the one about whom Allah said:

He wanted faith for all people because he didn’t want them to suffer, neither in this world nor the hereafter.

To give condolences when someone passes away is from the Muslim faith, but we should not be forced to do it to somehow prove we belong here. And we should have the courage to stand up for what we believe in without fear of the consequences.

Should Muslims sing “God save the King”?

Singing the national anthem has never been our tradition. As Muslims, you can just imagine the terror our forefathers would have felt in the lands that were colonised, with all the brutality that went along with it, when they heard this anthem. Furthermore, prayers such as “God save our gracious king/queen”, go against the spirit of loving and hating for the sake of Allah, if that monarch is someone who is unjust or rejects Allah, which is greater than just being unjust to the creation. Praying for his guidance is what we find in our tradition while he is a disbeliever and is the most we should do.

What we do believe, and should be praying for, is that Allah guides all people, and especially those in power, because if Allah guides them to Islam, then they will only establish justice for the people, the betterment for the world as a whole, and for themselves they will allow and facilitate every type of success in this world and the next.

Sheikh Shaqur Rehman has completed a PGCE along with an MA in Applied Linguistics. He preceded his secular studies with a traditional Islamic education beginning in Egypt in 1999-2001 which he further developed in Syria and Saudi Arabia whilst teaching English in various universities and institutions. During his Islamic studies, he managed to memorise the Holy Qur’an and attain authorisation (Ijaza) in recitation and various Islamic sciences including theology and jurisprudence. Sh Shaqur is currently a Senior Advisor at the Islamic Council of Europe.