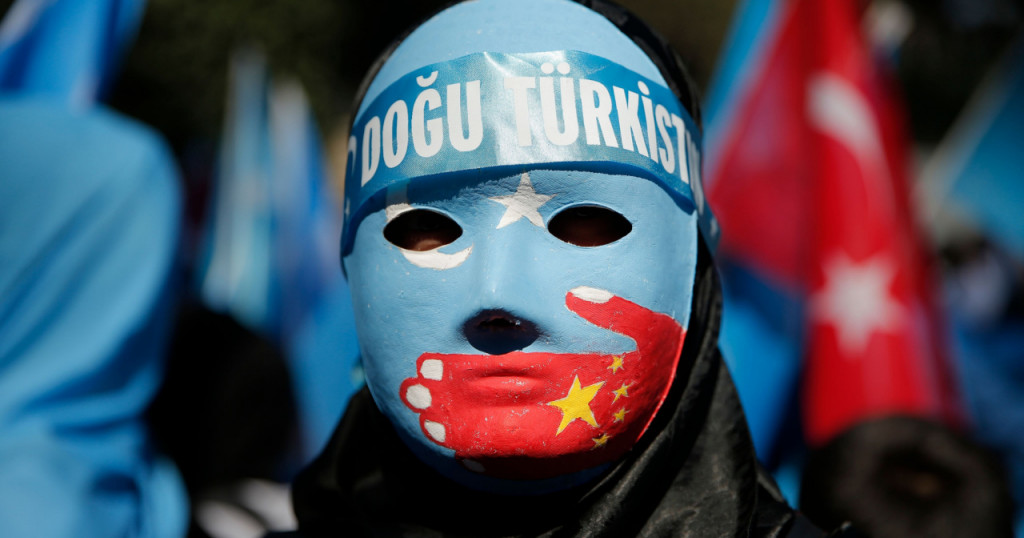 The United Nations (UN) recently concluded there is sufficient credible evidence of severe religious repression of the Uyghurs.[1] The Uyghurs are persecuted, tortured, contained in camps and killed by the Chinese Communist Party (CCP) for practicing Islam. Thousands of mosques have been demolished.

In response to the UN report, Uyghur activist Abdul Hakim Idris made an impassioned appeal for the Organisation of Islamic Conference (OIC) to react, noting the official representational body of Muslim governments has not issued a single statement in support of the Uyghurs.[2]

It is worth recapping the abysmal track record of Muslim governments in actively supporting the CCP’s Uyghur containment policies, both diplomatically, and through practical cooperation in deporting Uyghur refugees back to “China”.

In 2019, the governments of Saudi Arabia, Iran, Pakistan, Bangladesh, Algeria, Yemen, Bahrain, UAE, Somalia, Sudan, and regrettably, the State of Palestine, co-signed a letter to the UN commending

The letter legitimised the CCP’s dubious claims that it faces a “grave challenge of terrorism and extremism” from the Uyghurs, and endorsed their internment in “vocational education and training centers” (i.e. concentration camps).

Pakistan has been a particularly staunch supporter of China’s Uyghur policies. Former Prime Minister Imran Khan spoke to the international media on several occassions to deny claims of Uyghur repression.[4] While Western countries boycotted the Winter Olympics in Beijing in solidarity with the Uyghurs, Pakistan participated to show its solidarity with the CCP.

In yet another example of diplomatic ‘white-washing’, an Algerian diplomat reportedly stated to the local media during a CCP cultural tour of occupied East Turkestan in August 2022 that:

While also noting that the visit helped him see that the rights of all peoples were supposedly well protected and respected.[5]

Alongside diplomatic endorsement, many Muslim governments are actively cooperating with China to deny safety and asylum to Uyghurs fleeing persecution.

The Uyghur Human Rights Project and the Oxus Society have compiled a detailed report and dataset on transnational cooperation with China in containing the Uyghurs.[6]

They note that Arab States have actively cooperated with China’s requests to arrest, detain, interrogate and deport Uyghurs, with at least 295 known incidents between 2001 and 2022.

In one of the reported incidents, Egyptian authorities arrested 200 Uyghur residents in 2017, many of whom were students at Al-Azhar University. At least 45 individuals were deported to China, some of whom were subsequently never heard of again.

More recently, Saudi Arabia arrested, detained and prepared to deport a 13-year-old Uyghur child and her mother alongside two male Uyghur individuals in Ramadan 2022. Reports provide conflicting information on whether or not the deportations took place.

Irrespective, Rayhan Asat, an Uyghur activist noted that their very arrest in Makkah in Ramadan

She also observes that China “frequently abuses Interpol red notice systems” – which requires law enforcement officials to locate and arrest individuals outside of their country of ordinary residence – to compel the return of Uyghur refugees back to China.

Uyghur activist Abdul Hakim Idris argues that many Muslim governments are enthralled by the lure of Chinese investment and development aid. He notes that some of the most vocal supporters of the CCP are recipients of major economic and military assistance from China.

Muslim governments that are aiding and abetting the CCP’s oppression of the Uyghurs are a disgrace to the legacy of Rasulullah Muhammad (ﷺ) and the early Muslims.

They gave their lives and wealth to build the Ummah and fearlessly struggled against injustice, unbelief and oppression. Muslims fleeing persecution in one location could count on the solidarity of Muslims elsewhere in granting them asylum, as demonstrated from the events of the Hijrah.

Dr Suraina Pasha is a political sociologist. She writes on human rights and humanitarian issues from a Muslim perspective. She has a PhD from the University of Sydney, recently completed a fellowship at the London School of Economics and Political Sciences (LSE), and some of her research has been published in the British Journal of Sociology. Prior to her transition to academic research she worked professionally in the international development sector for national and regional organisations in Australia, Asia and the Middle East.