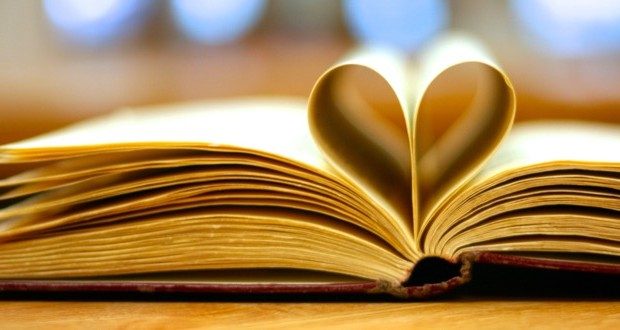 Signs of Knowledge that Leads to Paradise

Being a person of knowledge is a position which everyone aspires to, and the evidence for this is that no one accepts the title of Jāhil (ignorant), even if the individual at hand fits this description. It is naturally engrained within us that knowledge is a lofty position. Prophet Ādam’s (ʿalayhi al-salām) superiority over the angels was due to nothing but his knowledge, as Allāh said:

In fact, Allāh gives virtue to the trained animal over the untrained as, speaking about what food is lawful for Muslims, Allāh says:

“And the foods that were caught by animals that you have trained to hunt, which you train as Allāh has taught you. So eat of what they catch for you.”[[2]]

Thus if the hunting animal is trained then the food it catches is halāl whilst the food caught by the untrained animal is not and is considered as dead meat. Despite being inexplicit evidences for the station of knowledge, consider just how powerful they are. As for the innumerable explicit evidences, Allāh informs us that believers are not of the same level, saying:

“Allāh will raise those who have believed among you and those who were given knowledge, in high degrees.”[[3]]

“Whoever pursues a path to gain knowledge, Allāh will ease for him a path to Paradise.”[[5]]

The purpose of this article is not to establish the greatness of knowledge but something else altogether. We wish to discover several signs to reassure us that our knowledge does in fact take us in the direction of Jannah. I say this as this destination will not be the initial home for many students of knowledge as the angels of Allāh escort them to a place that they did not expect in the least. Though they studied, they failed to make proper use of that knowledge. They drifted, having lost focus on the goal, and conned themselves into thinking that everything was fine. It is for this reason that the Prophet (sall Allāhu ʿalayhi wa sallam) would say every morning towards the end of his Fajr prayer,

“O Allāh, I ask You for knowledge that is beneficial, provisions that are good and deeds that are accepted.”[[6]]

And he would say,

“Ask Allāh for beneficial knowledge and seek protection in Allāh from knowledge that is of no benefit.”[[7]]

What are the signs that our increase in knowledge is actually taking us towards Jannah?

1) Beneficial knowledge actively nurtures the fear of Allāh within you

This is arguably the chief of all such signs, for in an explicitly clear āyah, Allāh said:

“It is only those who have knowledge among His servants that fear Allāh.”[[8]]

If your knowledge has not held you back from delaying salāh, being violent towards your spouse, answering back a parent, or responding to a desire that offers itself to you online or offline, then your knowledge is not of the type that will rescue you.

During every second of the day, his knowledge reminds Him of Allāh’s Majesty, Divine names and perfect attributes, taking him by the hand towards all that Allāh loves and away from that which He hates with respect to both outward and inward actions. Thus every time he even considers moving his hands towards a prohibition or giving it a second glance using his eyes or investing in it using his money, his knowledge screams at him to fear Allāh, to have shyness of Him and to stop in his tracks at once.

This is the core purpose of knowledge. If this purpose is not  achieved the student has fallen victim to four elements the Prophet (sall Allāhu ʿalayhi wa sallam) sought protection from. He would say:

As such a person’s knowledge has not benefitted him, his heart has hardened, his desires are never fulfilled and his du’ā is hardly ever answered. How true were the words of AbdulA’lā At-Tamīmi who said,

“Whoever gains knowledge that does not cause him to cry then such a person has not gained beneficial knowledge. This is because Allāh said in description of the scholars, “Those who were given knowledge before it – when it is recited to them, they fall upon their faces in prostration, And they say: “Glory be to our Lord! Truly, the Promise of our Lord must be fulfilled.” And they fall upon their faces weeping, and the Qur’ān increases them in humble submission.”[[12]]

It may be true that your knowledge is growing, but is it making you grow?

“There is not a hadīth that I have written down except that I applied its teaching.”

A student of knowledge once spent the night at Imām Aḥmad’s house. Imām Aḥmad placed a container of water in his room so that he could make wudū (ablution) for his night prayer. When Aḥmad came to him at Fajr time, he noticed that the water had not been moved from its place, so he said:

“SubhānAllāh, a student of knowledge who does not pray at night?”[[14]]

“In the past, when a person would start his journey of knowledge, the effects of his learning would begin appearing in his glances, words, hands, prayer, humility and minimalism.”[[15]]

“If Allāh gives you a new bit of knowledge, then give it a new bit of worship, and do not make your main intention the teaching of this knowledge.”[[16]]

“If I am spending my hours during the day foolishly and my nights ignorantly then what is the point of the knowledge that I am writing?”[[17]]

It is unfortunate that we have all likely met those who have an apparent interest in knowledge but we are then taken aback by their sub-par behaviour. They have little value for time, are addicted to consoles, endlessly socialise, and are willing to spend hours on end arguing with you on a matter that does not require such attention or has no practical benefit. What matters to them is that their opinion is given precedence.

“Every group which ends up going astray after their guidance is made argumentative.”[[18]]

“Argumentation takes away the light of knowledge.”

Such a people found worship, study and da’wah burdensome and so occupied themselves with endless argumentation; this is a fixed law of Allāh. Whenever a people put aside something valuable, Allāh will occupy them with lowly matters.

Beneficial knowledge always guides a person towards the safer option of the two options and warns them from gambling with their hereafter. Not only will this knowledge cause them to stay well away from the prohibitions of Islām, but you will see them keeping well away from the grey areas as well. Similarly, because of their humility, they do not hesitate for one moment to say, “I do not know”.

“I have met in this very masjid no less than 120 Ansār from the companions of the Prophet Muḥammad (sall Allāhu ʿalayhi wa sallam) and every single one of them who narrated hadīth wished that his brother could spare him of this duty and that of issuing rulings.”[[20]]

“If he was asked about something relating to the halāl and harām, his colour would change and would not be the person he was a few moments ago.”[[21]]

They also said about Imām Mālik,

“Whenever Mālik would be asked a question, it would be as if he was standing between paradise and hell.”[[22]]

“I met people who, when asked an Islamic question, respond whilst their bodies shivered with fear.”[[23]]

“It is said, ‘The one who is quickest in answering questions is the least knowledgeable of them.’”

4) Beneficial knowledge causes one to run away from fame

Such a person is not deluded into believing that his soul is immune to the effects of praise and attention. Such a person despises titles other than his first name, let alone demand that he be addressed by them. He fears the worst and realises that an atom’s worth of self-admiration could mean the collapsing of mountains’ worth of good deeds. Thus Ibnu Muhayrīz would say:

They begged Allāh to keep the lights away from them not wanting to be known by everyone. Once, when ‘Abdullah Ibnu Mas’ūd walked out of his home and people crowded around him, he turned to them and said,

“Why are you following me? If you knew what my situation is behind closed doors, not even two of you would follow me.”[[25]]

In fact, the uncle of Imām Aḥmad once visited him whilst the Imām was in a clear state of grief and misery with his face resting on his hand. He enquired about him and so the Imām raised his head and said,

“O uncle, how blessed is every person whom Allāh dulls his reputation.”[[26]]

He would also say,

“I want to live in a remote valley of Makkah where no one will recognise me. I have been afflicted with fame. I desire death every morning and evening.”[[27]]

Whenever Ayyūb As-Sikhtiāni would pass by a gathering and greet them with salām, they would respond passionately having recognised him. To this he would say,

They did not want VIP tickets, they did not expect honorariums, front row seats, any type of special attention or service just in case their souls dared to suggest they were somehow special. They wished to live like everyone else, to eat basic food and to sit on the floor like a true slave of Allāh.

So detestable was fame to them that when Khālid b. Ma’dan’s study circle would grow in number, he would leave fearing fame. Similarly, whenever Abul ‘Ālia’s halaqa would grow beyond three, he would get up and leave. Abu Bakr b. ‘Ayyāsh was once asked:

“What was the biggest crowd you saw in Ibrahīm An-Nakha’i’s study circle?” He said, “Four or five.”

Will the students of knowledge accept an invite with an attendance of 20, 10, or 5 people? How would they react should none at all turn up? In the lives of many, success culminates in the number of followers and shares of posts, yet for one person to benefit from what Allāh has given you, for his life to be reformed and to convey your influence on him to others is sufficient for the sincere. Thank Allāh that your mistakes are not displayed to a wider audience, that your heart is better guarded against insincerity and that your good deeds are better protected from destruction.

These are some of the fruits of beneficial knowledge. It causes a person to grow in the sight of Allāh’s but to drop in his own. Beneficial knowledge breaks a person and causes him to cry over his weak self and over the long journey that lies ahead of him. These are some of the key signs to constantly revisit during every step of your quest for knowledge, for not every path of knowledge will lead a person to Jannah.

[5] Muslim, on the authority of Abu Huraira

[6] Ibnu Mājah, on the authority of Umm Salama

[11] Muslim, on the authority of Zayd Ibnu Arqām

[18] At-Tirmidhi, on the authority of Abu Umāma

Previous: A Letter from Shaikh Ibn ʿUthaymīn
Next: Oxfam ‘Aid for Sex’ scandal raises questions about the Charity Commission

Ramadan of the Prophet ﷺ