I – The Great Loss of the One who does not Pray 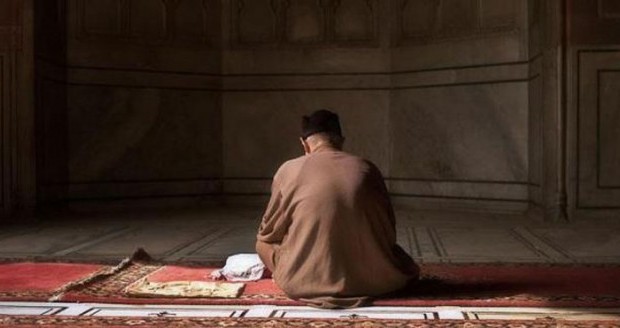 When the topic of Ṣalāh is addressed on the public platforms, the conventional method focuses on establishing its importance, the sins associated with a person who fails to perform it and the ruling of such a person. This method is without doubt essential and reflects one of the many Qur’anic approaches when speaking about Ṣalāh. As for this piece, the method will not be conventional. May Allāh make these words a means of wakefulness for our hearts.

We will take different narrations which speak not only of Ṣalāh, but of other matters that are attached to it, such as wudhūʿ, the voluntary prayers and walking to the Masjid. There are those who feel that performing Ṣalāh is an inconvenient obligation that they find difficult in fulfilling in face of the demands of their daily routines and hectic lives. It is an uncomfortable and awkward ‘ritual’ anachronistic to the progressive 21st century they find themselves in. The purpose of this series of articles is for us to recognise the great loss of those who miss their prayer. To miss a prayer is to lose so much more.

“Purity (Wudhūʿ) constitutes as half of īmān.”[1]

Regardless of the varying scholarly opinions of what the term īmān refers to in this Ḥadīth, what is clear is that the one who misses their prayers will also miss wudhūʿ. By this virtue, the question is just how much has the one who misses his prayer actually lost? He has missed out on half of īmān. For the life of this world, for the embarrassment at work, for the shame of praying in front of others, for the lackadaisicalness that follows an already demanding day, a person has lost half of their īmān.

Ṣalāh: The unparalleled act of worship

“Whoever says after finishing his Fajr prayer, lā ilāha ila Allāh wahdahu lā sharīka lah, lahul mulk and wa lahul ḥamd, yuḥyī wa yumīt, biyadihil khair, wahuwa ʿala kulli shay in qadīr 100 times before changing his position, he will be amongst the best of people on earth with respect to their good deeds, except a person who did the same as this or more.”[2]

This ḥadith does not address the Ṣalāh itself, but rather, merely an action that is linked to Ṣalāh, and yet, this is the enormity of the reward involved. What then about the Ṣalāh itself? In a narration,

By this ḥadīth, just how much has the one who misses his prayer actually lost? He has missed out on the greatest of all actions in the Eyes of Allāh. On a Day where one will be desperate for every iota of a good deed, to be informed that “your scrolls of good deeds are in fact lacking the best of deeds” would be devastating, to say the least.

Thus, when the time for prayer arrives, drop everything that is within your hands at once and realise that regardless of the importance of what it is that you are engaging in at that time, you will not be doing anything that comes close in the slightest to the greatness of Ṣalāh.

Ṣalāh and the treasures of Dunya

“The two units of prayer before Fajr are greater than this world and everything with it.”[4]

This is the value of the Sunnah prayer associated with Fajr, let alone the value of the Fajr prayer itself. Thus we ask, just how much has the one who misses his prayer actually lost? He has missed out on something that is far more precious than the Dunya and its delights combined. This is a person who purposely sets his alarm clock to ring after the sun has risen in order to catch enough sleep before school or work. Thus, he begins his day with a darkened face and a darkened heart that have been stripped from the light of īmān, as he begins his day in the worst way possible, without Ṣalāh.

Ṣalāh, your family and wealth

Envisage yourself checking your bank account one morning only to find that your savings have mysteriously disappeared. Then, after returning home from work, you realise the absence of your family. You find a note on the coffee table which reads, ‘we have robbed you of all of your wealth and family’. One’s heart wrenches with pain at the mere thought of such a scenario. With that in mind, the Prophet (sall Allāhu ʿalayhi wa sallam) said,

“Whoever misses his ʿAsr prayer, it is as if his wealth and family had been taken away from him.”[5]

Thus we ask, just how much has the one who misses his prayer actually lost? He has lost out on a matter that is far more precious than one’s wealth and family.

Imagine being informed by an individual of power and influence that ‘you are under my protection for today’. Such an individual’s anxiety will disappear for that day, as he walks the earth with the highest of spirits and attends to his daily doings with the greatest of confidence and mixes with the people fearlessly, having realised that so and so has his back. Similarly, the Prophet (sall Allāhu ʿalayhi wa sallam) said,

“Whoever prays the Fajr prayer, then for that day, such a person is under the protection of Allāh.”[6]

Should he who performs the Fajr prayer truly sense the meaning of this Ḥadīth by day, his demeanour would most certainly change, having realised that anyone who insults him that day or abuses him in any way is in fact levelling abuse at the One who has offered him protection.

Thus we ask: Just how much has the one who misses his prayer actually lost? What strength can there be in a person whom Allāh has abandoned? With what confidence does such a person meet people and attend to his affairs? Is he not afraid? Is he not aware that he has been left exposed, bare and incredibly vulnerable?

How unfortunate is the status of the one who misses their prayer. In this article we have explored, in large part, the worldly losses of a person who is neglectful of their Ṣalāh. In the following article we address a time when we shall feel this loss far more acutely; the effect of missing Ṣalāh on a person’s Hereafter. May Allāh protect us and give us the Tawfīq to perform our Ṣalāh. 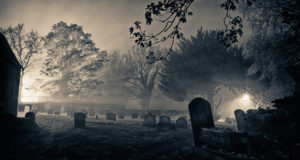 [1] Narrated by Muslim, on the authority of Abū Mālik Al-Ash’ari

[3] Narrated by Aḥmed in his ‘Musnad’, on the authority of ʿAbdullāh b. ʿAmr

[4] Narrated by Muslim, on the authority of ʿĀ’isha

[5] Narrated by An-Nasā’i in his ‘Sunan’, on the authority of Nawfal b. Mu’āwiya

ASR DUNYA FAJR FAMILY IMAN PRAYER PROTECTION PURITY SALAH WEALTH WUDHU
Share. Facebook Twitter LinkedIn Email Telegram WhatsApp
Previous ArticleWould a Brexit shield us from the storm?
Next Article II – The EVEN GREATER Loss of the One who does not Pray