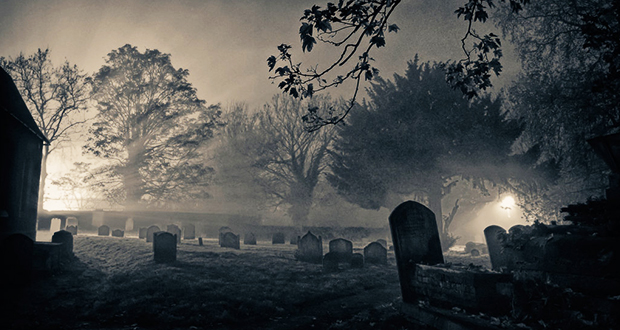 In the previous article, The Great Loss of the One who does not Pray, we discussed the worldly loss of a person who neglects their Ṣalāh. We explored the Ṣalāh in its relation to Īmān, as an unparalleled act of worship, as a treasure of this Dunya, as being equated to a person’s family and wealth and as a form of protection in their everyday lives. In this article we discuss the loss of such a person in the Hereafter where the consequences of our actions are ever more severe. May Allāh make this of benefit to us and help us be steadfast in our prayer.

Ṣalāh and the washing away of sins

“When a person stands up in prayer, all of his sins are brought forth and are placed on his head and shoulders. So that every time he falls in bowing or prostration, his sins fall away from him.”[2]

How much, then, has the one who misses his prayer actually lost? He has missed out on daily opportunities to lighten some of that luggage of sins that weighs down so heavily on his back.

Let us consider something as small as a tooth and the damage it can cause to one’s health if left without being cleansed. At first, a thin film of plaque will form around the teeth. Day two, bad breath begins to set in. By day 3 to a week, gums turn unusually red, gum disease begins and now they bleed very easily. By about a month, white spots begin to appear on these teeth which indicate enamel decalcification, or tooth decay. By the time a year has elapsed, the gums are severely inflamed and holes form through the teeth. A few years down the line, teeth may start to fall out.

It gets worse, recent studies have suggested that there may be a link between poor dental health and dementia, pneumonia, kidney disease, diabetes, brain abscess, pregnancy complications and cancer.[3]

These are the cumulative effects of merely not cleaning one’s teeth. Thus we ask, what is the effect of not cleansing one’s entire self of sins? Just how much has the one who misses his prayer actually lost? Sins are left to fester and their damaging effects only worsen, for sins even blacken stones. The Prophet (sall Allāhu ʿalayhi wa sallam) told us:

“The black stone was brought down from Paradise whiter in colour than milk, but it became black due to the sins of man.”[4]

These sins are like fire which burn within us, a burning which we feel and a heat which we really do experience in the form of sadness and misery. Thus the Prophet (sall Allāhu ʿalayhi wa sallam) said,

The Ṣalāh actively cleanses a person from the weight of sins that we accumulate and thus allows the heart to shine once again with happiness and joy. But without Ṣalāh, where will the sins go? Nowhere. They remain put and continue scarring this individual. True happiness can therefore never truly be reached without Ṣalāh. For this reason, our Prophet (sall Allāhu ʿalayhi wa sallam) would say,

“My happiness has been placed in prayer.”[7]

What is a Nuzul? It is( ما يعد ويهيأ للضيف )the food, drink and preparations which a host makes for his guest. Considering this, how much has the one who misses his prayer actually lost? For, there are certain families whom we love to receive invitations from much more than others as we know that their dinner tables will be busy. One can thus only imagine the type of hospitality when the host is none other than The King, The Most Rich, The Most Generous Himself?

Ṣalāh and guarantees from Allāh

“There are three categories of people, each one of them has a guarantee from Allāh that if they live, they will be provided for and protected and if they die, Allāh will enter them into Jannah.” One of the three were: “A person who leaves to pray in the Masjid, then such a person has this guarantee from Allāh.”[9]

Thus we ask, how much has the one who misses his prayer actually lost? He has lost out on such a guarantee.

Ṣalāh and your ID on the Day of Judgement

“The Messenger of Allāh (sall Allāhu ʿalayhi wa sallam) went to the cemetery and said, “Asalāmu ʿalaikum, O believing dwellers. We, if Allāh wills, will follow you soon. I wish that I had met my brothers.” The companions said, “O Messenger of Allāh, are we not your brothers?” He said, “You are my companions, but my brothers are those who have not come into the world yet.” They said, “O Messenger of Allāh, how will you recognise those of your Ummah who are not born yet?” He said, “If a man has white-footed horses with white foreheads among horses which are pure black, will he not recognize his own horses?” They said; “Certainly, O Messenger of Allāh.” He said, “Similarly, my followers will come with bright faces and white limbs on the Day of Judgement due to the effects of Wudhūʿ.” [10]

With regard to their station in the Hereafter, on the Day of Judgement where our ultimate goal will be to be identified as the believing people, as those who please Allāh and follows His Messenger, how much has the one who misses his prayer actually lost? He has lost out on the sign which the Prophet (sall Allāhu ʿalayhi wa sallam) will be looking for on the Day of Judgement to recognise his people by. In the absence of this hallmark, with what face will such a person approach the Prophet (sall Allāhu ʿalayhi wa sallam) on this difficult day?

Ṣalāh and light on the Day of Judgement

“Give good news to those who walk to the Masjid at night that their light on the Day of Judgement will be full.”[11]

This light is Mutlaq, a light that exists in its absolute sense. It is a light in the face and heart of a person, light in his grave and light on the Day of Judgement, one which will illuminate his way until he enters Paradise. For, despite the allures of this world and its distractions this person remembered his Lord, remembered his obligation, remembered to pray, and did so.

“Whoever takes care of his Ṣalāh, it will be for him a source of light, a proof and a means of safety of the Day of Judgement. As for the one who does not take care of it, he will have no light, no evidence and no safety and will be resurrected with Qārūn, Firʿoun, Hāmān and Ubay b. Khalaf.”[12]

The worst of all creation.

How much has the one who misses his prayer lost?

Clearly, the one who neglects his prayer, has lost out on everything that constitutes as success in this world and the next. In both this life, with its promise of protection, barakah, light, and provision, and in the next by way of protection in the grave, a light on the Day of Judgement, and its guarantee of closeness to Allāh, the one who does not pray has most certainly lost. The one who upholds his prayer has gained the most hopeful good deed that a person could possibly present to Allāh on the Day of Standing.

[1] Saḥīḥ Muslim on the authority of Abū Huraira

[2] Narrated by al-Bayhaqi, Abū Nu’aym and others, with an authentic chain of narration (as stated by Al-Albany) on the authority of ʿAbdullāh b. ʿUmar

[4] Narrated by At-Tirmithi in his ‘Sunan’, on the authority of Ibnu ʿAbbās

[7] Narrated by Aḥmed in his Musnad, on the authority of Anas

[8] Narrated by Bukhārī and Muslim, on the authority of Abū Huraira

[10] Narrated by Muslim, on the authority of Abū Huraira

[11] Narrated by Ibnu Mājah in his ‘Sunan’, on the authority of Anas