The Islamic History of the Champions of Europe – Portugal 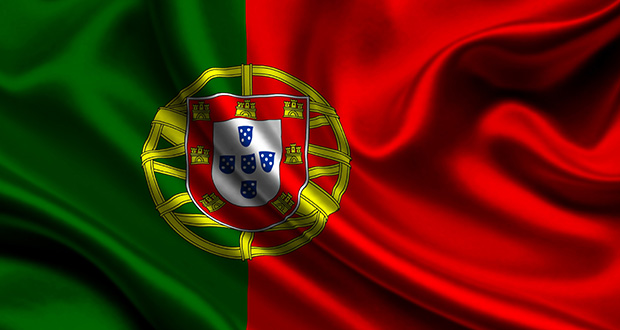 Portugal was once an Islamic kingdom

The Portugal football team were crowned champions of Europe for the first time in their history after overcoming France in the Euro 2016, European Cup.

It may come as a surprise to many that much of Portugal once lived under Islamic rule for over 500 years from the early 8th century during the period when Muslims ruled Spain, Andalusia. At that time Portugal was called Al-Garb Al-Andalus (the west of Al-Andalus, Spain).

The Muslim introduction of new agricultural technology and plain hard work made Portugal prosper. To this day, the common Portuguese verb “mourejar” means “to work like a Moor (Muslim),” and it implies unusual diligence and tenacity. Indeed, Portuguese is saturated with thousands of words with Arabic origin.

“A good number of our people, especially educated people, know quite well that the Arabs were part of our history… They contributed to our language, our architecture and especially to our knowledge of navigation. The lateen sail and the astrolabe, introduced by the Arabs, were instrumental in launching our nation into its Age of Discovery.”

Following their Spanish counterparts, the Portuguese Christian Reconquista (crusade) gradually forced the Muslims south, driving them from their last strongholds along the Algarve coast in 1249. In the neighbouring Spanish region of Andalusia, the Emirate of ‘Garnata’, Granada, would hold out for another 250 years.

Whilst centuries of Muslim rule in Andalusia produced architectural treasures like the Giralda in Seville, Córdoba’s Great Mosque and the Alhambra palace in Granada, the Islamic period in Portugal left few major monuments. The Andalusian cities developed as major centres of Islamic culture to rival Damascus or Marrakesh, but Portugal was always on the outer edge of the Muslim world and its frontier rulers invested little in grandiose construction. Today, the town of Mértola, in the Alentejo, possesses the only partial remains of a mosque, converted to a Catholic Church after the Reconquista. The waterwheel in Algarve today is a descendant of the Muslim waterwheel that helped revolutionise agriculture in Portugal as in Spain.

The Portuguese language is however peppered with words of Arabic origin, often those relating to food, farming and manual work. One commonly used is “oxalá” – a direct descendent of “inshaAllah”, the term meaning “God willing.” The city we know of as Lisbon, originates from the city once known as Al-Ishbun. The famous city of Algarve, takes its name directly from al-Gharb al-Andalus. These are not the only places to inherit a Muslim name, hundreds of place names in Portugal start with “Al”, the Arabic for ‘The’. The Alfama district in Lisbon is one such example. In fact, all across the Mediterranean this is the case, from Alghero in Sardinia to Algeciras in Southern Spain. The Portuguese language continues to borrow many words from Arabic, such as azeitona (olives) and garrafa (bottle). Others include azenha (water mill), from the Arabic al-saniyah and nora (water wheel), from the Arabic na’urah.[1]

Following the period of Muslim rule, now ruled by Christians, Portugal pursued an aggressive stance towards Muslims which would see them come into confrontation with the Mughal Empire in India, the Mamluks in Egypt and eventually the Ottomans. Post-Islamic Portugal would also unfortunately go on to play a leading role in the Atlantic Slave Trade, which involved the mass trade and transportation of slaves from Africa (many of whom were Muslims) and other parts of the world to the American continent.

The Euro 2016 tournament should serve as a reminder to us that Islam is not a new phenomenon in Europe but rather it is part of the fabric of the continent with deep historical roots. Many Muslim nations participated in the tournament such as Turkey and Albania; former Muslim nations such as Spain, Portugal, and parts of Romania, Hungry and Croatia also participated, whilst other nations were heavily represented by Muslim players such as France, Switzerland and Germany.

Islam is Europe’s second religion. As for Portugal, we pray that Islam will flourish in these lands once again and make it prosper as it once did.